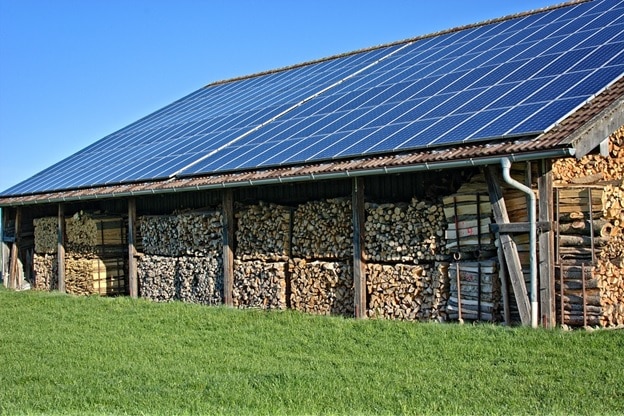 It’s no secret that businesses and homes are making the switch to solar. Over the past ten years, there’s been a thirty percent increase in the US companies that have decked out their headquarter roofs in these thin, sun-sucking panels. Considering that detractors projected solar sales would decline last year, this rapid increase in solar adoption is absolutely staggering. This begs the question: why is the steady transition from traditional energy sources to their more eco-friendly cousin occurring in the first place?

Solar Panels: How Do They Work?

In order to understand companies’ and families changing perspectives around energy, it’s vital to explore how solar power actually works. Solar panels, comprised of many small units dubbed photovoltaic cells, function by allowing particles of light to “bump” electrons out of place which generates the stable flow of electricity. The creation of this direct current (DC) energy gets immediately converted into usable alternating current (AC) energy with the support of an inverter tucked away in most homes’ boiler rooms. From there, it’s just a matter of flipping the light switch and using household appliances to see just how effective solar energy is at creating a steady, reliable source of power.

Although the solar effect created by photovoltaic cells was discovered by a French physicist in 1839, solar panels only started making an appreciable impact on the energy market in the seventies as oil prices rose. Since then, the demand for panels has exploded as technological improvements, improved energy conversion rates, and micro-thin solar panels have hit the market over the past fifteen years.

Not only do Solar Panels work, they’re cost effective too.

A recent analysis by Bloomberg New Energy Finance predicts that fifty percent of the world’s energy will come from solar and wind by the year 2050. Furthermore, the global solar market has expanded by 29.3 percent over the last year, with over 98.9 gigawatts of new capacity installed in the US alone. It’s clear that families and businesses are beginning to vastly prefer solar over historic sources of energy, and many even prefer it over comparable types of renewable energy such as nuclear and wind.

Even as demand has risen, prices have plummeted. John Chadwick from EasySolar.com.au says that the prices for installing solar panels on your home or business are 50% lower than they were a few years ago. In 2009, the average price per watt for solar panels was upwards of $10.00. Now, the cost has been slashed by more than two-thirds and stands at $2.67 per watt. Better yet, this cost continues to diminish over time as truly scalable solutions are adapted for the needs of both large companies and small family homes.

While some may feel discouraged by the cost of the initial investment, supplementing your current source of power with even a single solar panel can produce monthly savings well above $100 in most states. Without accounting for compound interest, these savings translate to over $30,000 in less than two decades. On average, it takes merely five years before your monthly savings eclipse the cost of installation. In fact, the payback period is expected to keep dropping as the technology gets less expensive to produce and solar panels achieve better capacity in a wider variety of weather conditions. Considering that most panels can remain efficient for more than thirty to forty years, these startup costs are an incredibly prudent expense.

Investing in solar energy not only creates value slowly over time: it immediately increases the property value of your home or business. A study conducted by the National Renewable Energy Laboratory (NERL) found that homes with solar panels sold 20 percent more quickly and for 17 percent more money. It’s clear why buyer’s want homes with solar: in a market economy where utility companies fluctuate prices at will, solar is an obvious cost-cutter and the bill can be predicted twenty years down the line. In many states, investing in solar panels qualifies the buyer for federal income tax credits which can rebate up to $7,500 of the cost and continue to lower property taxes.

Solar Panels are a Reliable Source of Energy

Aside from the seemingly high cost of investment, another common mischaracterization of solar is that it’s an unreliable power source wholly dependent on the weather. With the increasing employment of better-integrated grids, energy capturing technology, and more effective panels, this statement could not be more false. Solar panels are continuously perfecting the process of capturing direct current in even low-sunlight, cloudy, or rainy conditions – if this were not the case, families investing in solar wouldn’t be experiencing the tremendous savings they are now. Additionally, solar panels require very sparse upkeep. At most, you can expect to wash off the panels a few times per year. It is exceedingly rare for any of the solar cells to get damaged or corrode in even the most erratic weather conditions, and most solar companies provide a twenty-five year warranty on the panels.

As prices continue to decline and solar technology gets more widely available, it becomes even clearer why solar panels have dominated the renewable energy market and proved a significant challenger of fossil fuel companies. Families can feel good leaving a significantly reduced carbon footprint while knowing they’re making a sound financial investment. In the United States, 29 percent of climate impacting emissions derive purely from the electricity sector. There is no better testament to the power of solar than the Department of Energy’s conclusion that it’s feasible to reduce 80 percent of the electricity sectors’ emissions primarily with the solar technology we have now. 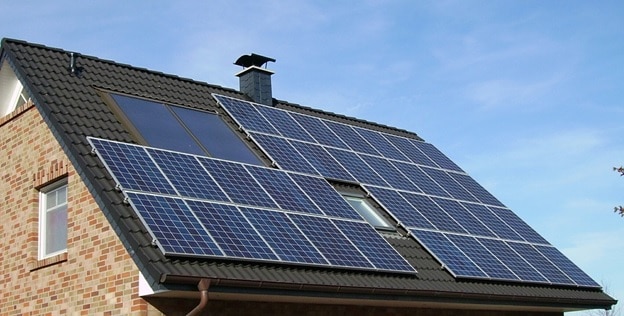 There are a number of powerful benefits companies and families who invest in solar enjoy. Whether it’s to achieve energy independence from traditional fuel companies, grow your savings, pursue environmental benefit, or to enjoy some of the leading renewable technology today, solar panels offer amazing benefits for anyone who decides to invest. As electric companies struggle to keep pace and continually increase their prices, it’s obvious why more and more homes are choosing to make greener and financially healthier decisions regarding their energy. Consider making the switch and buying solar.

2 thoughts on “Going Solar: A New Clever Way to Power Homes and Businesses”