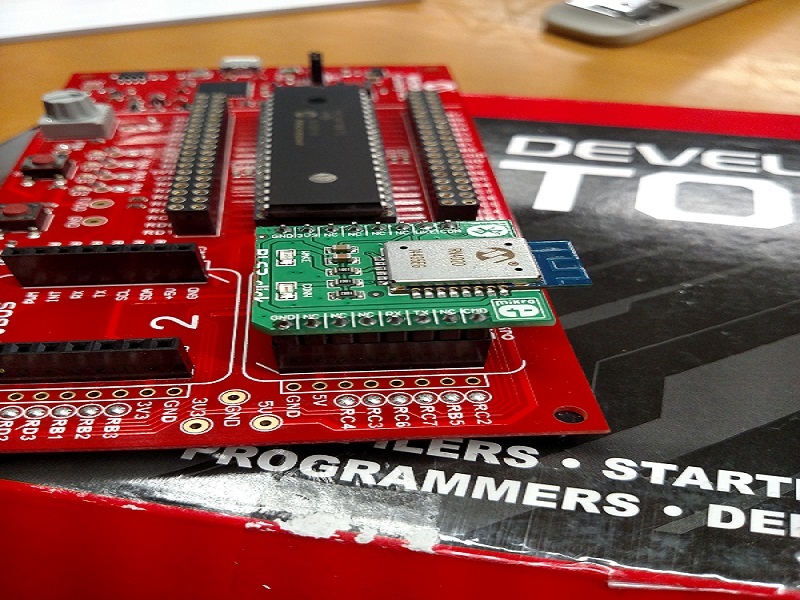 Encoder based robot with precise turning and calculated motion

A Vending machine with full display for cash (submitted and change returned) as well as items dispensed.

Interfacing a keyboard to a logic circuit that detects (at run-time) the occurrence of 5- letter words (or one particular word) while a user types in a paragraph of English. A running counter increments every time this condition is met.

A shooting range made of transducers that pick up the normal intensity of LASER beams coming out of a normal source. The shooting range should provide the user with a LASER gun, which the user will point towards specific targets. There should be at least 4 targets, and all of them should be switching randomly from one to another after a fixed time period. The person gets a point if he points accurately towards the target that is currently switched on.

Design of a home temperature/light/security control system. A state machine maintains the temperature of the house between two extreme limits set by the user, as well as the intensity of lights in the room and secures the perimeter using input taken from temperature, light and IR sensors.

Control of domestic electrical appliances (e.g. lights, fan) through the PSTN land line system using the DTMF chip. A circuit is required that would act like a bridge between the electrical appliance in the house and the land-line telephone set. The user should be able to remotely switch on or off appliances in his house by dialing his home telephone number, entering a password and then selecting the device to be turned on or off.

Voice (clap only) activated Moore state machine design with synchronous reset. A state-machine based digital combination lock circuit which transitions from one state to the next at the clap of hands, not on the clock. The circuit should be intelligent enough not to trigger at other sounds. The decision must be taken after the entire code has been entered. The lock must have at least 10,000 possible combinations. (i.e. a total maximum of  8 claps which may or may not have pauses in between)

A generator circuit is required that generates pulses of varying duty cycle (all with a 1-sec period) depending on user selection. The transition from one type of pulse to the next must always occur at the 1-sec boundary. A detector circuit should be able to successfully detect all pulses with a period less than 1 sec (i.e. all valid pulses) as well as pulses with a period greater than 1 sec (all invalid pulses).

The calculator should take in a maximum decimal number of 32 and perform the following functions: A+B, A-B, A/B, A*B, A^2 and A^3. The result should appear on 7-segment displays.

A reference number (between 1 and 30) is fed to the circuit beforehand. The user guesses the stored number by typing it onto the keypad. A display shows whether the entered number is > = or < then stored number. The user has 5 tries to guess the number.If the above Projects still don’t match your expectations, you can find out more projects by searching for them on Google.

Nevertheless, a list of a few more digital logic design projects list with logic gates for beginners is given as follows