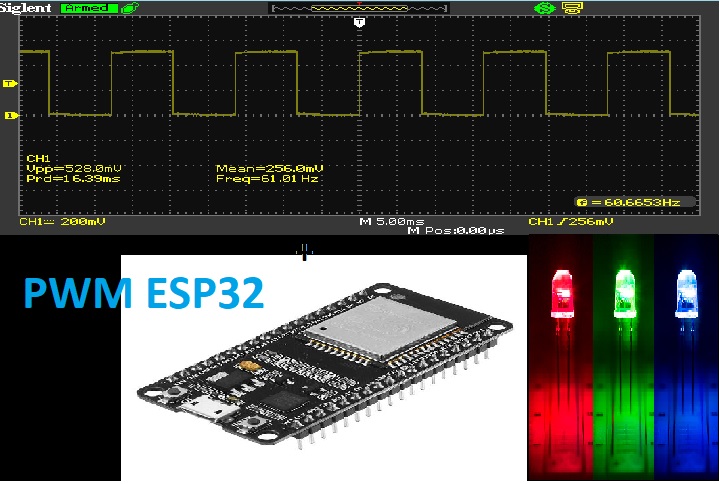 Like other built-in modules ADC, Touch panels, hall effect sensors, ESP32 board also has integrated PWM controller in it.  It supports sixteen pulse width modulation channels. We can use these channels to get PWM signal from any GPIO pin. Before that, we need to configure its parameters and PIN assignment. We will that shortly how to set these parameters. In this tutorial, you will learn to use about PWM for different applications:

Followings are the mandatory backgrounds concepts to completely understand this tutorial:

How to configure PWM channels of ESP32 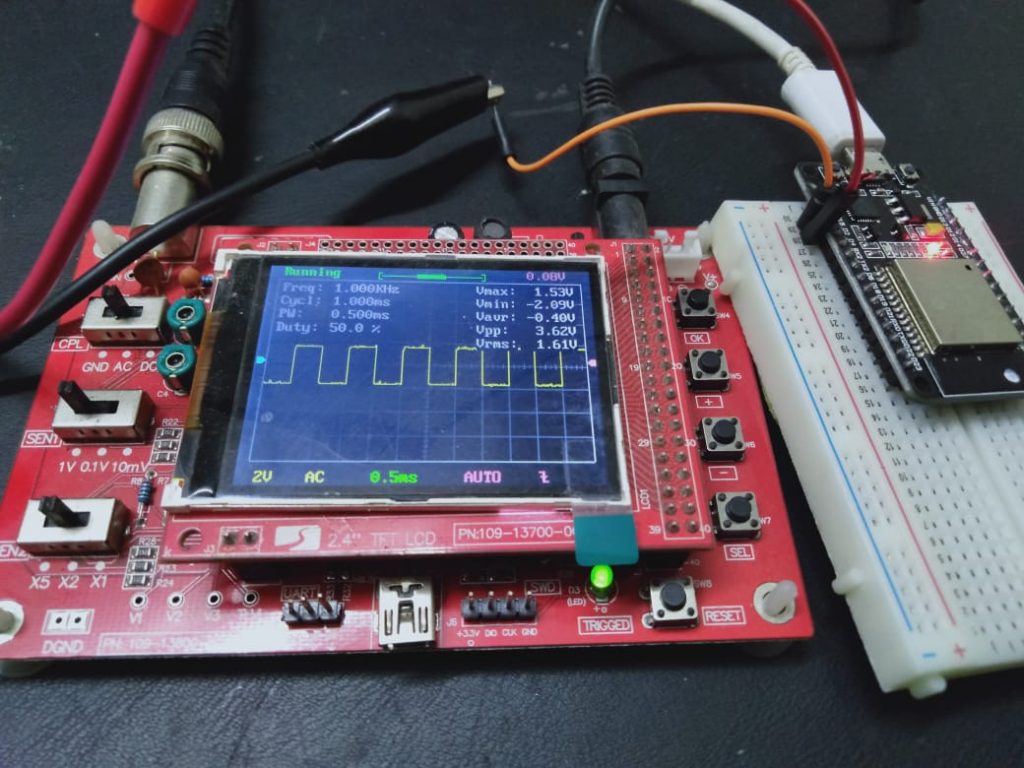 This is a simple code to generate a pulse width modulation signal with the duty cycle of 50%. In these line of program, we have define the parameters of the wave form. First we define the frequency of 1000 hertz. We have selected channel zero. But you can select any channel you want from a total of sixteen channels. After that, we specified the resolution of 8 bit. But you can choose any resolution you want.  We will be using general purpose input output pin 15 to get the output. At the end of the initialization section, we set the duty cycle to 127. In this example, we are getting a waveform with fix duty cycle.

Now in the setup function, we need to use two function ledcSetup and ledcAttach which I have explained above.  First procedure will select the channel zero along with the frequency of 1000 hertz and resolution of 8 bits. With 8 bit resolution, we can specify the duty cycle between 0 and (2^8-) = 255. So if we use 255 as a duty cycle parameter, the duty cycle will be 100% and with 127 duty cycle will be 50% and similarly for other values. The second statement will attach the pulse width modulation channel zero to digital pin fifteen.

Inside the loop function, we are using only instruction which is to generate a signal with a duty cycle of 127 and you will see it will generate a duty cycle of 50%. The waveform will be high for half of the time and logical low for half of the time and total time period will be inverse of the signal’s frequency.  So this ledcWrite function is used to produce PWM signal with a specific duty cycle. you only need to define channel number and duty cycle value as an argument to this function.

So When you upload this code to your board and connect oscilloscope across the PIN 15, which types of signal you will get as an output? You will see the digital waveform with the following parameters:

As you can see in the picture below. 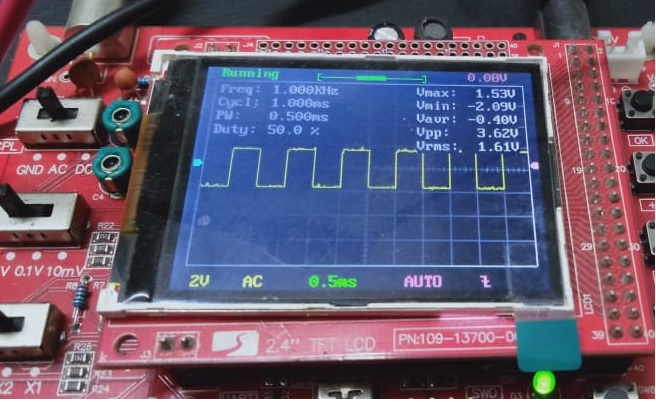 You have now learned how to generate PWM with a required duty cycle. Now we will see the example of creating a variable PWM signal with ESP32 and how we use it for led fading example.

If your concept is not clear about pulse width modulation, you must be wondering what is meant by the variable duty cycle signal? Variable duty cycle means we want to have digital waveform at the output whose duty cycle will increase from low to high value with some delay. For instance, when we turn on the development board, initially duty cycle will be zero and then it will start increasing with a step of one with some delay. It is very easy to accomplish this task. you just have to change the value of duty cycle inside the ledcWrite function. So the rest of the code which we used in the last example will remain the same except the variable duty cycle part instead of fix. Code for this example is given here.

the code is similar to the last program except for the loop function part. Inside the loop part, another for loop is used. Inside for loop, starting value of duty cycle is zero and its value keeps increasing with an increment of one with each iteration of for loop. Each iteration occurs after a delay of 100 milliseconds. So you will observe the signal on an oscilloscope with increasing order of pulse width.  you can see results in these picture of different pulse widths. 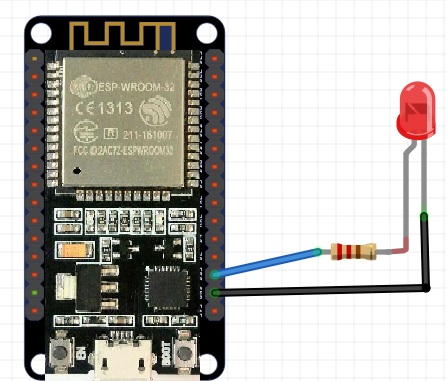 For LED fading example, you can simply connect an LED with pin number 15 of ESP32 development board and you can upload the same code of variable pulse width to the board. you will see the brightness of LED will be very low at the start and then it start increasing. After some time, LED will glow fully.