Tutorial 2: Programming Arduino with LabVIEW: In our last tutorial we have seen how to get started with LabVIEW. We answered what is LabVIEW? How its program looks like and How to make our first program in LabVIEW? Today’s tutorial is about the interfacing of LabVIEW and Arduino. We will explore about 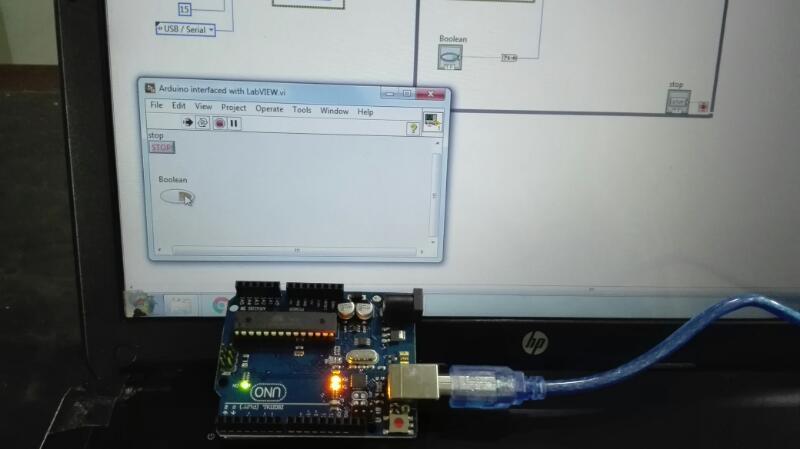 Arduino is open source hardware board with many open source libraries to interface it’s on board microcontroller with many other external components like LED , motors, LCD, keypad, Bluetooth module, GSM module and many other things one want to interface with Arduino board. Arduino is basically make from a microcontroller but Arduino have all external socket to connect with other devices and it also have built in programmer which is used to program Arduino from computer. So Arduino is a complete board which includes all things to connect with external peripheral and easy to program through computer. There are many Arduino borads are available. But in this article I will give you brief review of Arduino UNO R3 which is very popular board among engineering students.

Arduino is the one of the most excellent electronic platform of the 21st century; it has accompanied the entire micro controller system into a small and handy device. It is an open source hardware and anyone can used it due to its friendly and easiness and can be used to create complex project by simple programming algorithms. It is not only to use design and develop but also can test the prototyped and hardware infinite times. The hardware consist of different microcontroller depending on the model that you are using with other electronic components  which can be programmed using its own software the Arduino IDE to do almost any task starting from a simple LED glowing to building an Mars Rover and Drone Systems. The human friendly nature of the Arduino language makes it easier for everyone who wants to build different prototypes and hardware for its own interest as well as for some industrial purposes. Additionally, it possesses a simplified version of C++ which makes it easier to build programs at your own.

Arduino is intended for the people who want to play, run and build the complex hardware’s without knowing very much of the programming skills and algorithmic knowledge. It’s the best open source platform currently available in the market and has created another revolution and usage after its huge demand in the public. Since it is open source hardware; so most of the programs and softwares are available on the internet. The development cost of Arduino it extremely small as compared with the other tech giant’s microcontrollers.

Its software files include the basic programs for a beginner in its source code libraries. A user can use them to make its project versatile and can further edit the program for improving its capabilities and it also possess strong online helping community platforms.

Following are the main features of Arduino UNO which we will use in our tutorials: 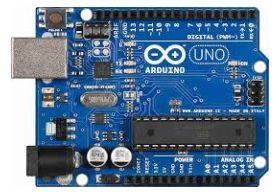 Why interfacing of Arduino is necessary with LabVIEW?

Ardunio is open source hardware board and it is very easy to perform complicated tasks with it. It not only has many built in features but also supports external devices. But it requires writing different lines of code which could be cumbersome. Here comes in the LabVIEW to rescue you. LabView uses graphical language and do not require writing lines of code. Instead we use graphical diagram to perform particular task. You can have a look at tutorial 1 for more details.

Necessary softwares required for interfacing of LabVIEW and Arduino?

Here is the list of software you are required to install for interfacing of Arduino and LabVIEW. All software are free and easily available.

How to make a program Arduino with LabVIEW

In our program we will control an LED on real time hardware using a Push Button in LabVIEW.