Automatic power source selector circuit using Arduino: Hi Eveyrone, I hope you are fine and doing well. This project is about automatic power source selection circuit diagram using Arduino.  I have already posted a article on automatic transfer switch using pic microcontroller. The basic objective of this project is to select power supply form two different sources. Two power sources like main grid and solar power is used in this project. When both sources are available we want to feed the load from main grid. When power from main grid is not available, we want to feed the load from solar power. We are considering output of solar inverter in this embedded system project.  In this automatic power source selection project we have used Arduino to switch between two power sources.  Arduino is used to measure ac voltage of main grid and output of solar inverter. According to availability of power sources Arduino take action and turn on and turn off respective relay. 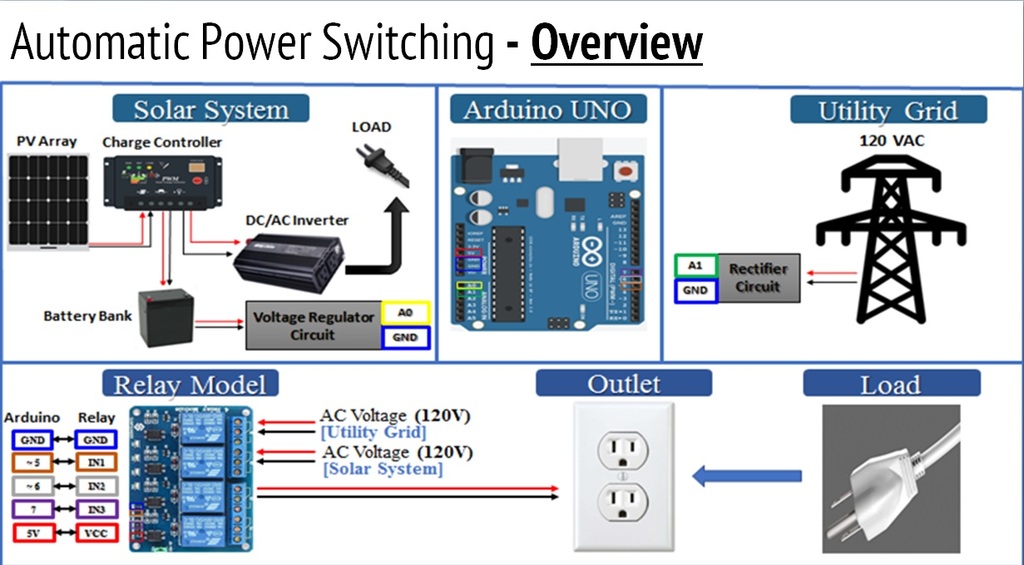 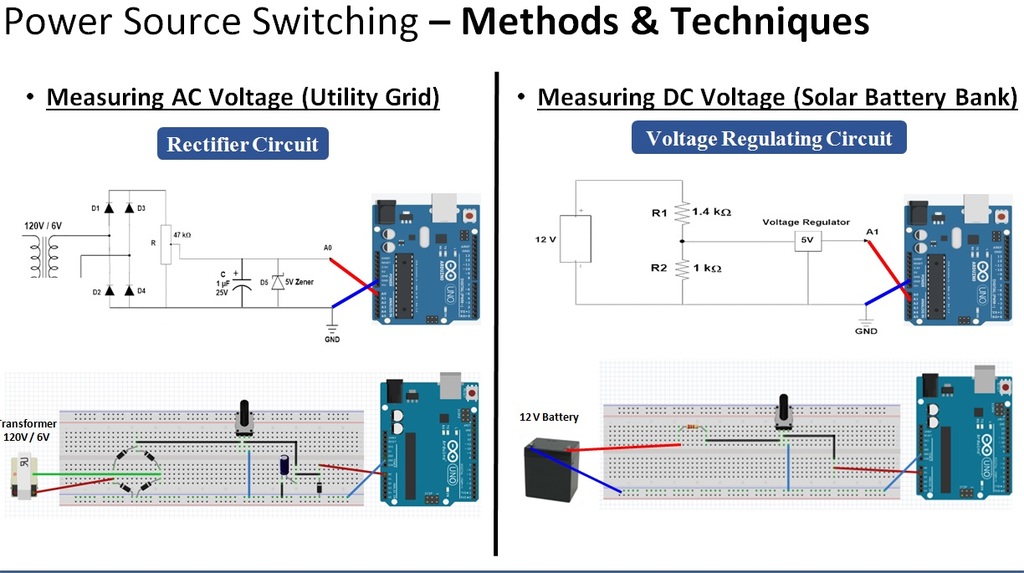 I have posted a article on ac voltage measurement using microcontroller. I have explained everything in very detail in this article. I recommend you to read this article first to get understand of code and how we further develop code alternating voltage detection. Arduino measures voltage of both main grid ans solar inveter. A relay driver module is interfaced with Arduino to transfer load from one power source to another power source. You should have a concept of LED blinking with arduino to use digital output pins of Arduino. Relay driver is interfaced with Arduino using digital output pins of Arduino. you can read this article on relay interfacing circuit to know more about relay interfacing.

Circuit diagram of automatic power source selector is given below.  I have already explained you all the components and working of this project. So rest of circuit diagram is simple and you can easily understand it.  Here LCD is interfaced with Arduino. It is used to display voltage of both solar and main grid. 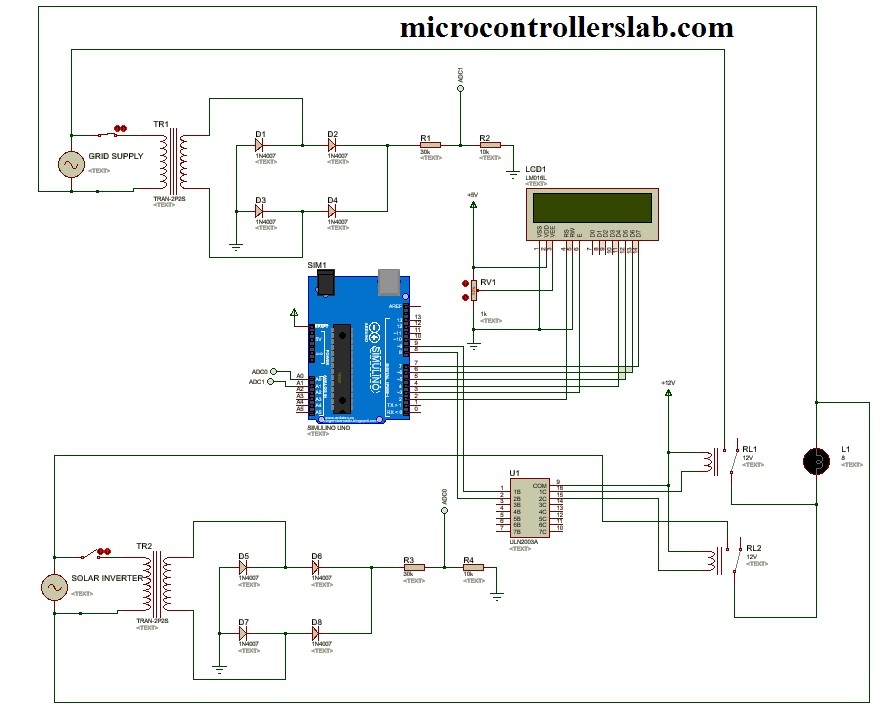