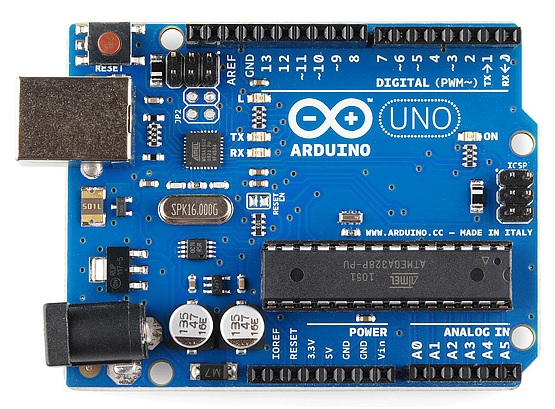 Arduino makes a different type of development boards and each having different capabilities. Like Arduino Mega, Arduino UNO, Arduino Nano, Lily Pad Arduino, and much more because as advance our projects are, Arduino keeps on updating its development board to keep teachers, students and other interested people updated as these boards are being used in scientific research as well as many other advanced fields of robotics and many other fields. These boards are commonly used as they are inexpensive, cross-platform (IDE software which is used to make a code for these development boards can run on Linux, OSX and Windows operating system while some boards are limited only to windows), extensible and open-source hardware and software.

Arduino UNO is one of the famous microcontroller boards of the Arduino family and is developed by Arduino.cc. Basically Arduino.cc is an open-source platform and is mainly based upon AVR microcontroller Atmega328. It is one of the most economical boards of Arduino family and is widely used because of its small number of input-output pins and reduced size as compared to Arduino mega which is the big brother of Arduino UNO. In this article, we are going to briefly discuss Arduino UNO. We will discuss its specifications, pin configuration, dimensions, shields compatibility, software for coding, applications and projects in which this board is used.

Pinout diagram shows that each pin has multiple functions such as PWM, interrupts, general-purpose input-output and analog channel. But we can use only one function of each pin at a time.  It consists of a total of 14 GPIO pins. Not all pins have a PWM feature. 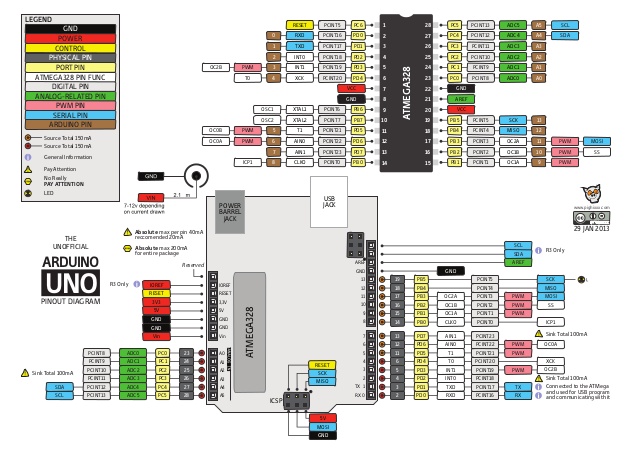 Pin Configuration Description and their use

In this section, we will see the function of each pin.  How can we initialize these pins for a specific feature?

As mentioned in the last section, Arduino Uno has fourteen digital I/O pins. We can use all these pins either as digital input pins or digital output pins. These pins have only 2 states i.e. high or low or in simple words either 5 V or 0 V no in-between values. These pins are mostly used to sense the digital voltage level presence when the switch is open or closed). For example, when the switch connected with Arduino Uno digital input is open, it will sense zero voltage level. If the switch is closed,  it will sense 5 volts.

For further information, you can check these examples:

Arduino Uno offers six analog channels. The header on the left side of the board has all these analog pins together. This diagram shows the  Pinout location of the analog pins. 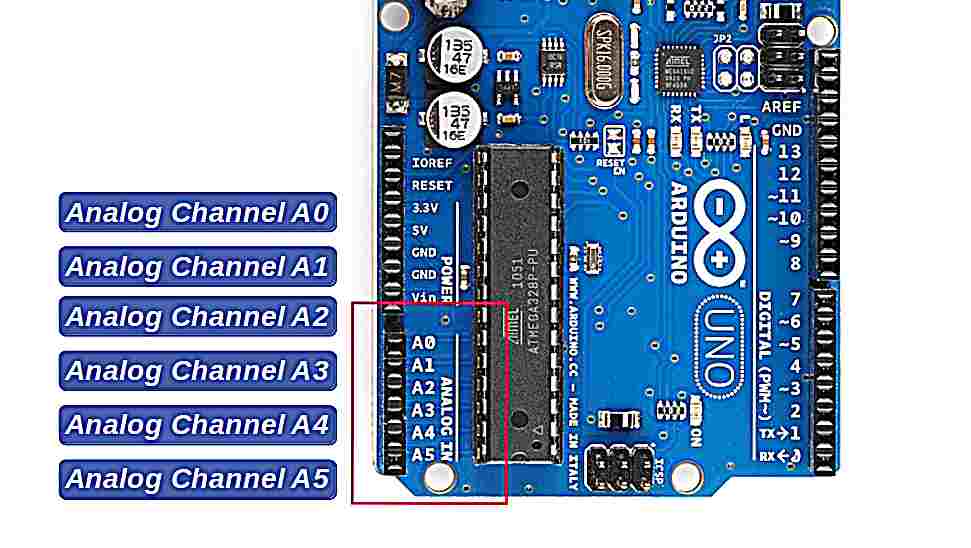 Starting from A0 to A5 and they come up with a resolution of 10 bits. They provide the flexibility of connecting any external analog device with these pins. These pins can read analog voltage from 0 V to 5 V. But they can be configured to lower range by using the AREF pin or analogReference () function available in Arduino IDE. But the maximum voltage we can read directly with these analog channels is 5 volts. However, we can use step down voltage circuits to measure higher voltage.

ADC (analog to digital converter) is used to sample these pins. These pins take an analog signal and by using ADC convertor they convert this analog signal to digital number between 0 – 1023.

To use analog channels,  we use this function

analogRead() function reads the analog voltage from a pin number specified as an argument to this function. We save the output value in an integer type variable.

If you want to explore further about these pins, you can check these tutorials and projects: 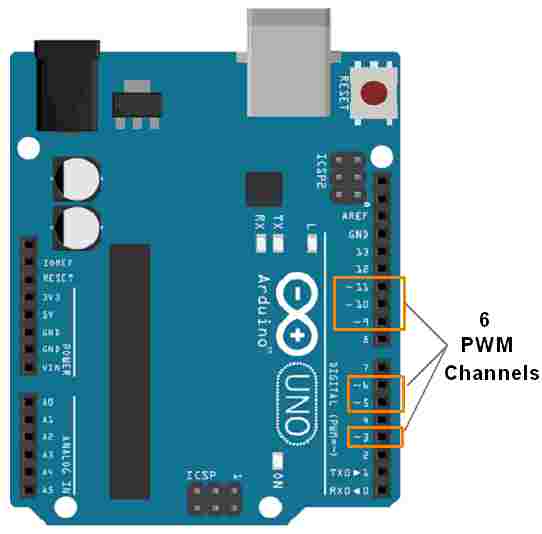 It is just like an analog output function. PWM controls LEDs, motors and other actuators.  The analogWrite(pin_number, duty_cycle) function provides PWM output with a specified duty cycle. The duty cycle can vary between 0-100% or 0-255.  For example, analogWrite(5, 127) function generates a PWM on pin number 5 with a duty cycle of 50%.  To explore further, check this example tutorial:

Read this complete guide: Getting started with Arduino Programming

Important things to remember when you are going to write code:

In order to make our Arduino UNO perform a special function, we will use shields (an expensive adaptor plugged over top of the board). A countless number of Arduino shields are available. The selection of shields depends on the requirement and functionality of our project. Before buying any shield, make sure that the operating voltage of that shield doesn’t exceed the voltage of our board otherwise it will destroy our board. So after making sure of its operating voltage we can use any one of the shields available in the market. Some of the important shields which are widely used are listed below:

As discussed earlier, the most economical and inexpensive board is Arduino UNO. So a wide number of applications are supported by this board. Some important applications that are developed using Arduino UNO are listed below

That brings today’s report to an end. If you have any questions regarding this then you can ask your queries in the comment section below.