ATMega32 is one of the most popular microcontrollers of Atmel. It has similarities with ATMega328P. Memory size in ATMega32 is smaller than ATMega328P but the number of pins is greater. Every GPIO pin is specific to only one of two functions, which makes it suitable to use all the different protocols of the controller at the same time and they can allow the developer to make them communicate with each other within the controller. ATMega32 uses an 8-bit CMOS technology based on RSIC architecture, which makes it optimize the performance with power (and vice-versa) through programming. 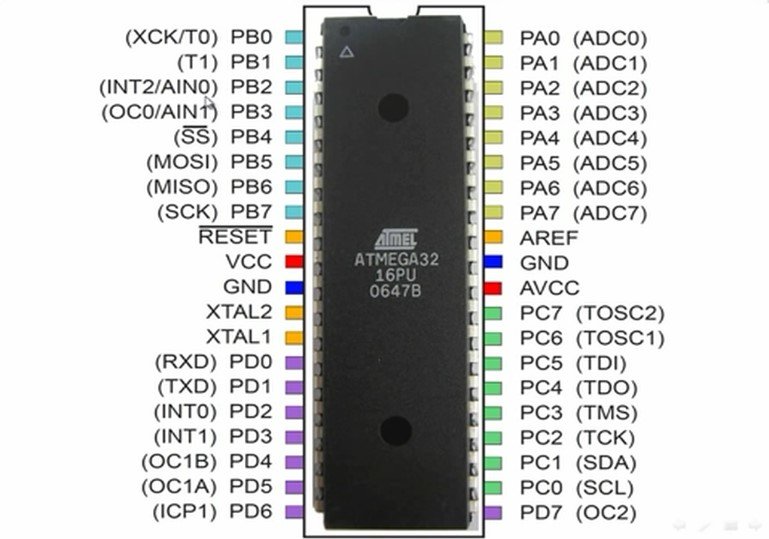 This diagram is an ATMega32 Pin layout of TQFP and MLF Package. 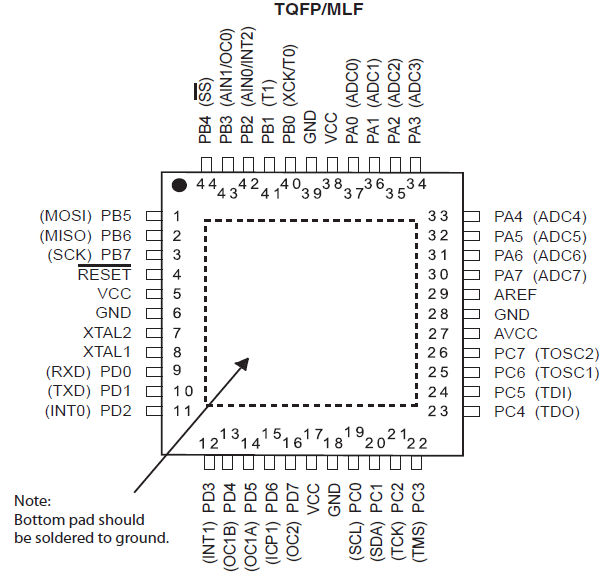 Input and output pins are the basic need of every device to operate and in ATMega32 there are 32 input/output pins. CMOS device can be used with any I/O pin. The voltage on these pins will not exceed more than the voltage of the applied power and input voltage should not exceed more the power too. All the I/O pins directly come from the Port A, B, C, and D, they also have an internal pull resistor. All I/O pins in ATMega32 are given below:

SPI protocol is also a popular serial communication due to its managing ability of different devices at a single time. It uses four wires, two for data and one for clock but the forth wire can be used in case of multiple devices. Whenever multiple devices need to operate with ATMega32 then only forth pin (SS) will be increased and the number of data and clock pin will be the same. ATMega support only four pins for single SPI communication device but in case of multiple devices Select Slave pin can be made through programming.

It is also a kind of serial communication but it is mostly used in those devices which requires only one-way communication most of the time. It is quite popular in most of the sensors, LCD, and motors too. I2C pins use one wire for data and second for the clock pulse, both these pins are given below:

There is a total of 8 analogs to digital channels that can be used as ADC. These all channels use a single 10-bit ADC which can be used by multiple channels at the same time. The channels are only in port A and all are listed below:

Some pins within the microcontroller can be used to generate the desired output signal. These pins capture the input signal and then compared it with the instructed signal and then it generates an event on the match. These pins are mostly used for PWM generation. All these pins in ATMega32 are:

PWM pins only for output, but there is an input pin for PWM know as ICP. This can be used to capture the external input and then it can be used further to calculate the frequency and duty cycle of the external device.

ICP1 uses timer1 which is an 8-bit timer.

ATMega32 has an internal comparator that can be used to compare an analog input signals. It has two pins, one is used for a non-inverted signal and the second is used for the inverted signal. Internal registers can use the analog compared signal. All these pins are given below:

The ADC of ATMega32 uses the power supply of microcontrollers to measure the different levels of the analog input signals. This function sometimes starts giving unexpected values. The maximum value of the analog signal will be given on the.reference pin as voltages.

Analog to Digital converter of the microcontroller required an external voltage input to activate so it can operate. ATMega32 analog power pin is:

Every device requires power to operate. ATMega32 has three power pin. One is for power input and the others for ground. All power pins are:

ATMega has an external reset pin to reset the device by external devices and buttons.  The reset pin in ATMega32 is:

Block diagram provides an overview of all peripherals such as GPIO Ports, Communication ports and interrupts pins. This also shows an interface of the data bus and address bus with these internal peripherals. 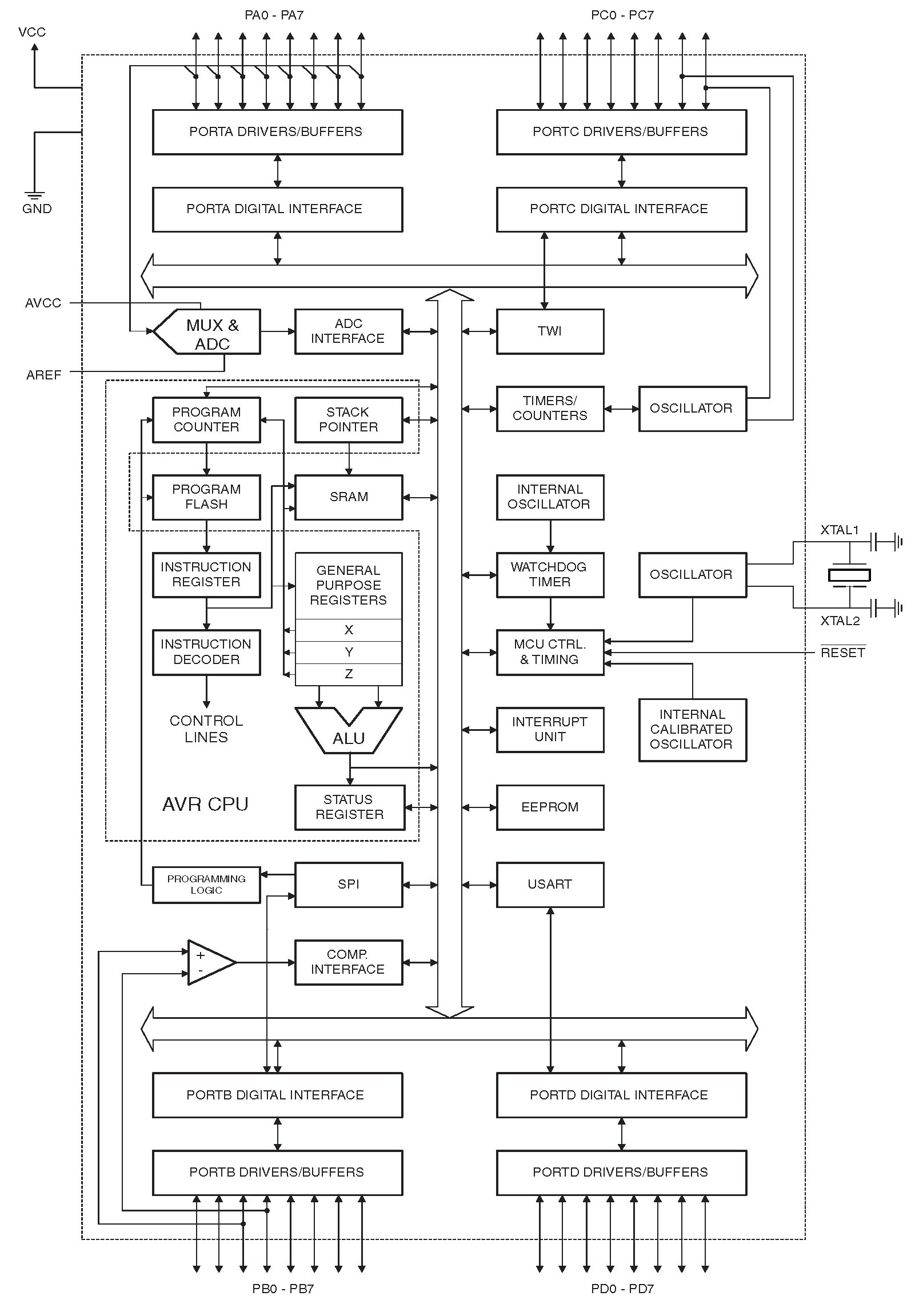 Before you start with the programming of this microcontroller, you must have a clear understanding of GPIO pins.  Therefore, we list all pins description earlier.  Following these steps to start with embedded programming.

Follow these tutorials starting from downloading a compiler to writing your program for your first project: 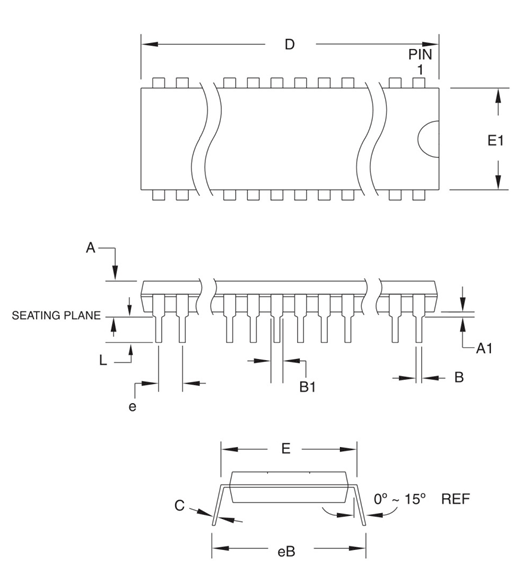