74LS00 is one of the famous and most basic gates from a family of logic gates. There are three kinds of gates, AND, OR and NOT. All three gates come up with different internal circuit and they have different uses in every device. By combining these three circuits we can make some other gates which are NAND, NOR, XOR, and XNOR. All of these gates can be made easily using transistors, resistors, and capacitors. When we make these circuits then the size of a single gate becomes larger than our expectations.

So, there are multiple kinds of ICs that come with internal gates in a small size package. Here we will discuss and IC called 74LS00 which is also known as IC 7400. 74LS00 is NAND gates-based IC. It has 14 pins which all connected with 4 NAND gates. Due to the NAND gate known as universal gate, 74LS00 can be converted into OR and NOT gate easily. The IC comes in three packages, SOIC, PDIP, and SOP. 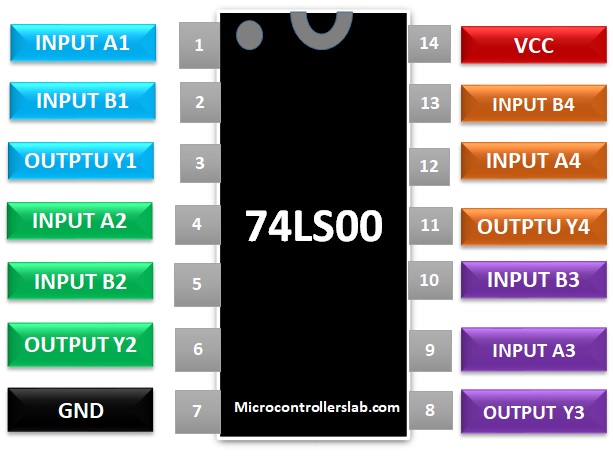 For more information check the datasheet. 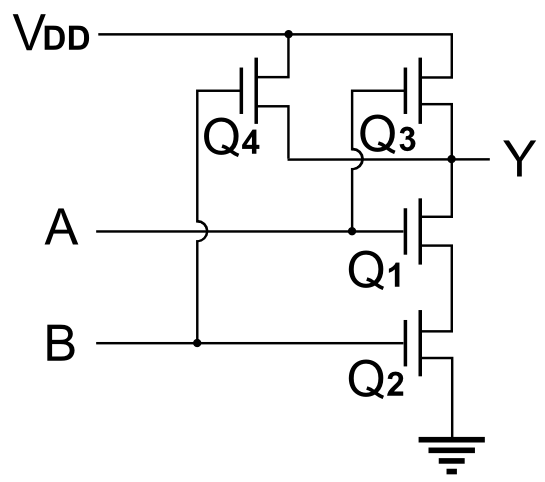 Below are the three examples that are designed using a 74LS00 8-bit 2 input quad NAND gate IC. 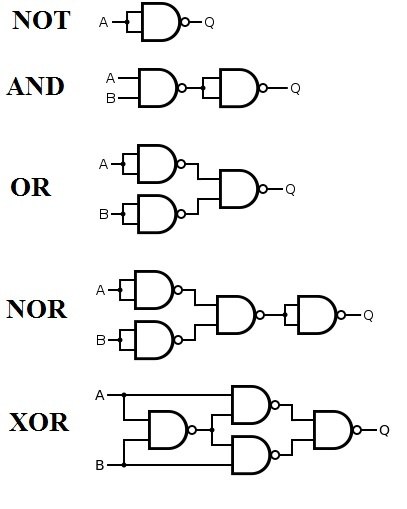 In proteus, we will use the IC just for normal function. We will convert all four gates into other gates. Like one NAND gate will be in NOT and others will be in OR gate. To do this first insert the IC and then some logic state inputs and viewers. After that just make the first 3 NAND gates into not gates by combining their inputs pins. Then attach the output of two NAND gates with the input of four NAND gates. Now give the input on the first gate, you will get the inverted outputs.

Now apply the logic on the other circuit the result will be the same as we expected.

The usage of the IC is very simple. Due to its wide usage, it can be found easily. The only protection we should worry during using the IC is about voltage. Only high voltages can affect the IC. Here we only use the IC to make two kinds of gates. You can use it for further designing.