Lets start with basic understanding of AC power control with thyritor.  For example if a load is connected to AC power supply through a switch as shown in figure below. Triac is used as a switch. Triac is a kind of thyrsitor. In triac two back to back thyristors are connected to each other.

The AC power flow to load can be controlled by controlling rms value of voltage appearing across load as shown in above figure. This method is also called AC voltage controller method. In AC voltage controller, rms value of voltage appearing across load is controlled by varying the firing angle of triac gate signal as shown in figure above. As you know power in AC circuits power ( Active power) is calculated by using following formula:

To make this project more easier we used only resistive load. By making little bit changes in code, you can also use it with inductive loads. In resistive loads power factor is always unity. So  cos(θ) = 1 and above formula becomes:

So according to above formula, power across load is directly proportional to square of voltage. By controlling voltage across load, power can also be calculated. As I have mentioned earlier, AC voltage controllers are used to control rms value of voltage across loads. AC voltage controller circuits have many applications in industry like tap changers in transformers, induction heating, speed control of induction motor and  lights control.

Two types of AC voltage controller are used for AC power control with thyristor. Breif explanation of both of them is given below:

In AC power control with thyristor project, phase angle control method is used to control flow of power across load by controlling voltage.

Circuit diagram of AC power control with thyristor using pic microcontroller.  I have also made necessary comments in figure. 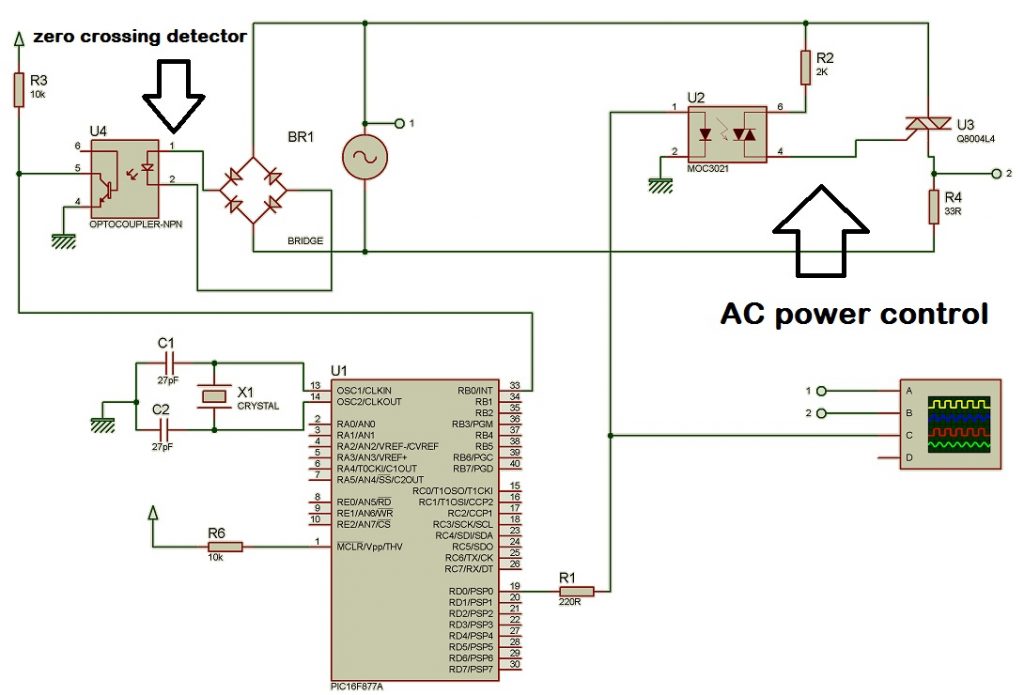 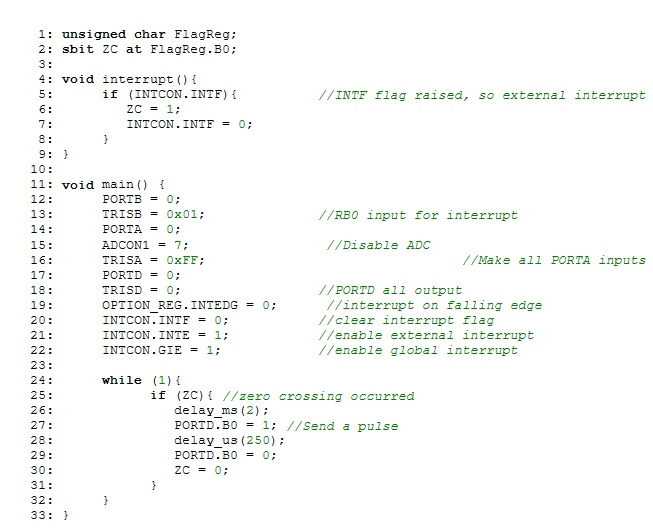 Necessary comments are also made in above code. Code for AC power control is self explanatory, but if you still feel any issue, feel free to comment on this post with your issues.