CD4560 is a 4-bit Natural Binary Coded Decimal (NBCD) Adder. It belongs to the CD4000 series of integrated circuits which is a CMOS based logic family. 74LS83 IC is also a BCD adder but belongs to a TTL logic-based family. CMOS logics dissipate lower power and they have standardized symmetrical outputs. The IC CD4560 adds two 4-bit numbers in natural binary coded decimal format and gives result of sum and output carry in NBCD. All inputs and outputs are active high. In case of no Carry in, the carry input for the least significant digit connects with Vss.

CD4560 4-bit adder IC consists of sixteen pins. This is a pinout diagram. 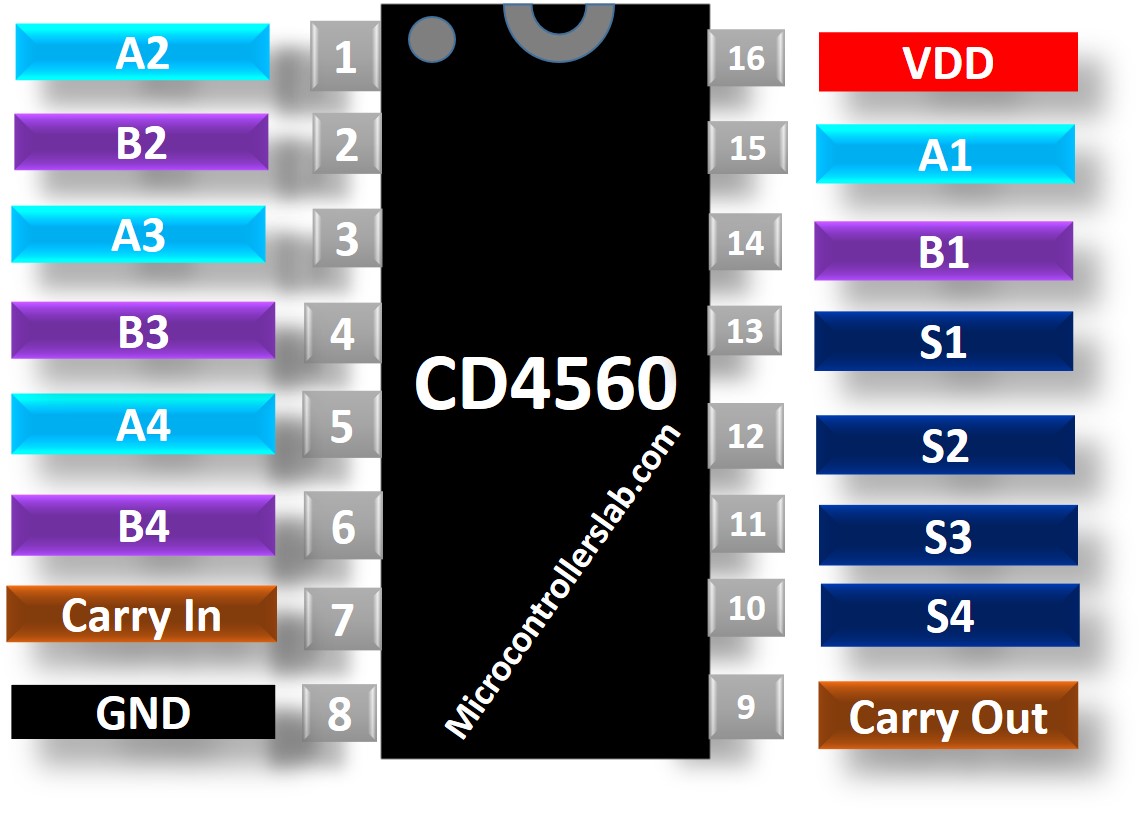 As we mentioned earlier, this IC has 16 pins in total and each having different functions. Nine pine are input pins such as A1-A4, B1-B4 and Carry In pin.  It has 5 output pins and two power supply pins.

All pins along with their functions are described below:

How and Where to use it?

This IC is used for carrying out arithmetic operations. If you are adding only 4-bit numbers, then carry input is connected to Vss. If you want to add bigger number like 8 bits, 16 bits etc. then this can be achieved by cascading the two IC’s. The carry output pin of the least significant adder is connected with the carry input pin of the corresponding most significant adder

For example,  you want to add two 8-bit numbers. But you only have 4-bit adder ICs. In this case, we can cascade two adder ICs to perform 8-bit addition.  You can see from the diagram how can make connection diagram for cascading. We connect carry out pin of one adder with carry in pin of second CD4560 IC.

Adders are used basically for performing calculations like arithmetic addition in digital calculators and they are also used in devices that works on the increment or arithmetic processes. 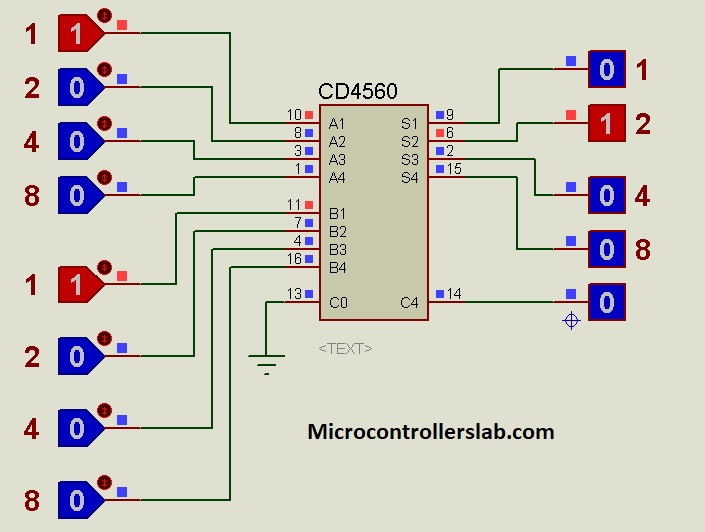 Similarly, in this proteus simulation, we provide both input in decimal 7 and the output should be 14 or 1110 in binary. As we can see a same binary output. 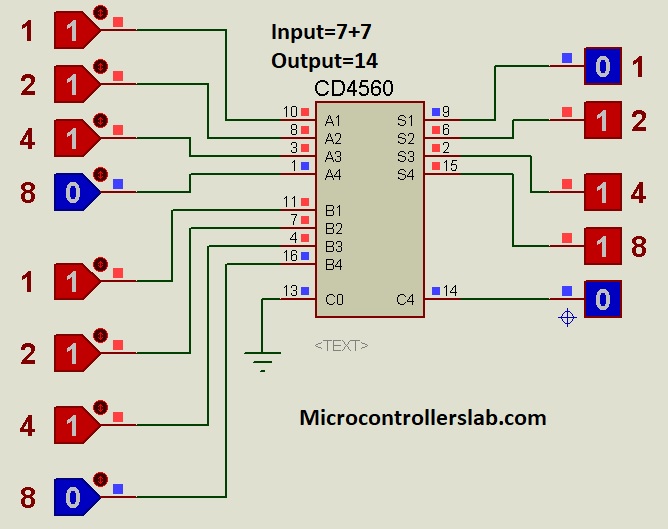 We demonstrates carry out feature in this circuit diagram. Input A=15 and Input B = 7, Therefore, the ouput should be equal to 21. But this IC gives output between 0-15 only. However, if value increased this limit, carry out signal gives high output. 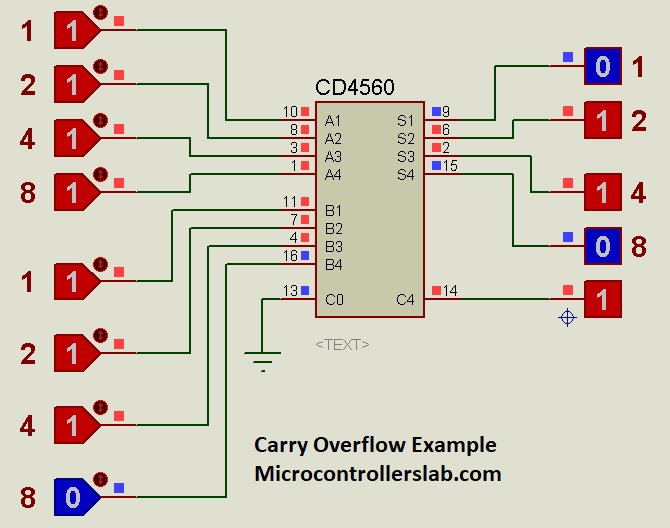 CD4560 is mostly used in devices and applications performing calculations like addition.