CD4585 is a magnitude comparator belonging to CMOS logic family. It is basically designed for applications that operates by the comparison of two quantities whether they are numbers or variables. Physical variables values can be converted into digital numbers through ADC converters to match their values against some reference or set point. The CD4585 compares two 4-bit BCD or binary numbers and determines whether the first 4-bit number is equal to, less than or greater than the second 4-bit number. This IC is best suitable for circuits that require lower power consumption. 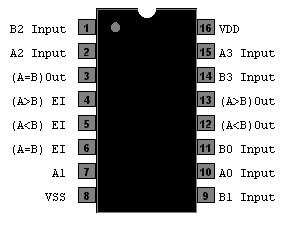 As we mentioned earlier, tt has 16 GPIO pins total. All these pins along with their functions are described below:

How to Use it CD4585 Comparator 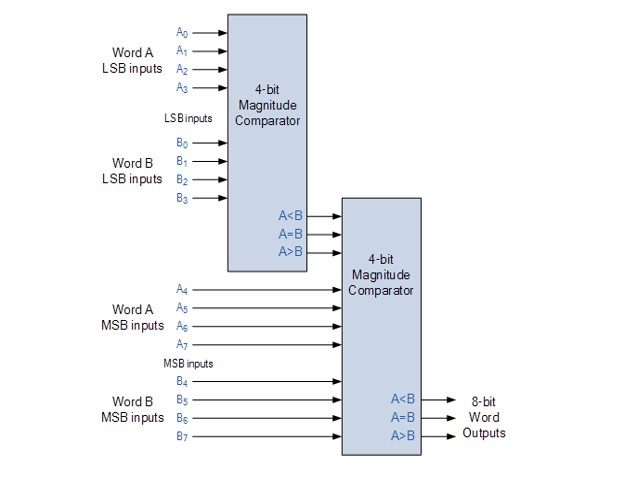 In this example, we use loggle switches to demonstrate the working of CD4585 comparator. Because we are using it for 4-bit comparison only. Therefore, we connect cascading pins such A>B, A=B, A<B with logicS 010 respectively. Numbers besides every toggle switch shows the magnitude of each binary bit in decimal.

Proteus has a built in library of CD4585 comparator. Hence, we can easliy simulate this IC.

This IC is used in many circuits including: