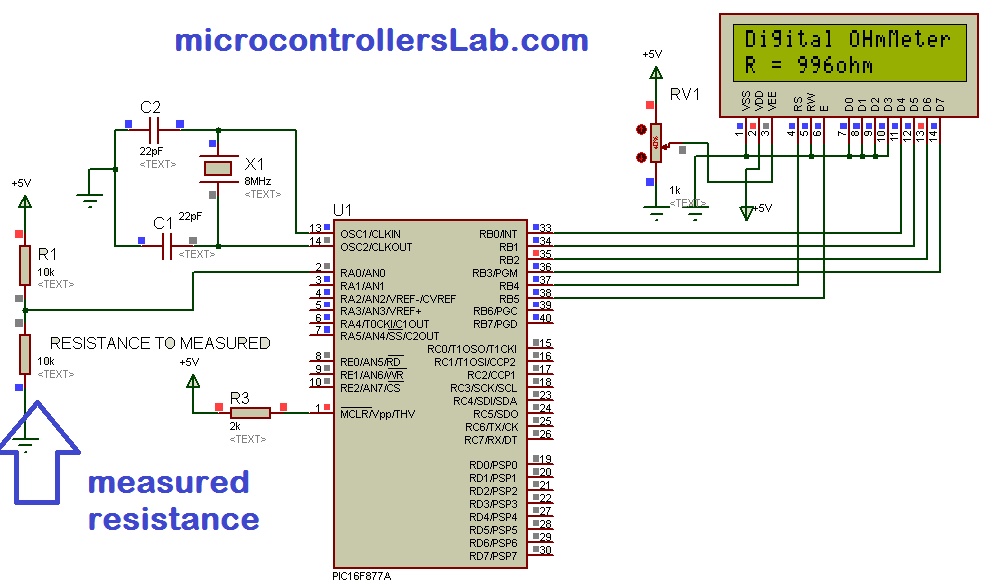 In above circuit diagram resistance R1 is used to as pull up resistor. Resistance R1 is connected to 5 volt source. The resistance whose value we want to measure is connected with resistance R1 to form a voltage divider. I have already discussed in Digital voltmeter article about how to measure voltage using pic microcontroller. I also used voltage divider in digital voltmeter article to design digital voltmeter. Same concept is used in this article. you should also know about LCD interfacing with pic microcontroller. If you don’t know about voltage measurement and lcd interfacing, I recommend you to read following articles first:

Code for digital ohmmeter using pic microcontroller is written in Mikro C pro compiler. Step by step description of code is also given below: 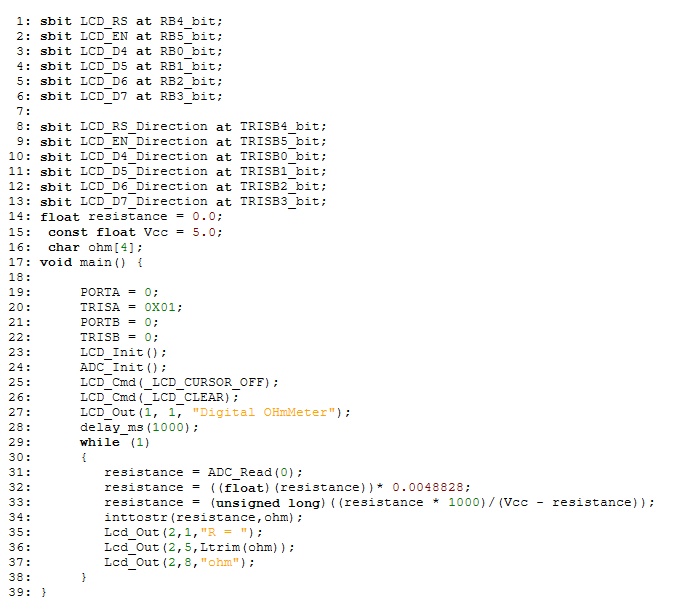