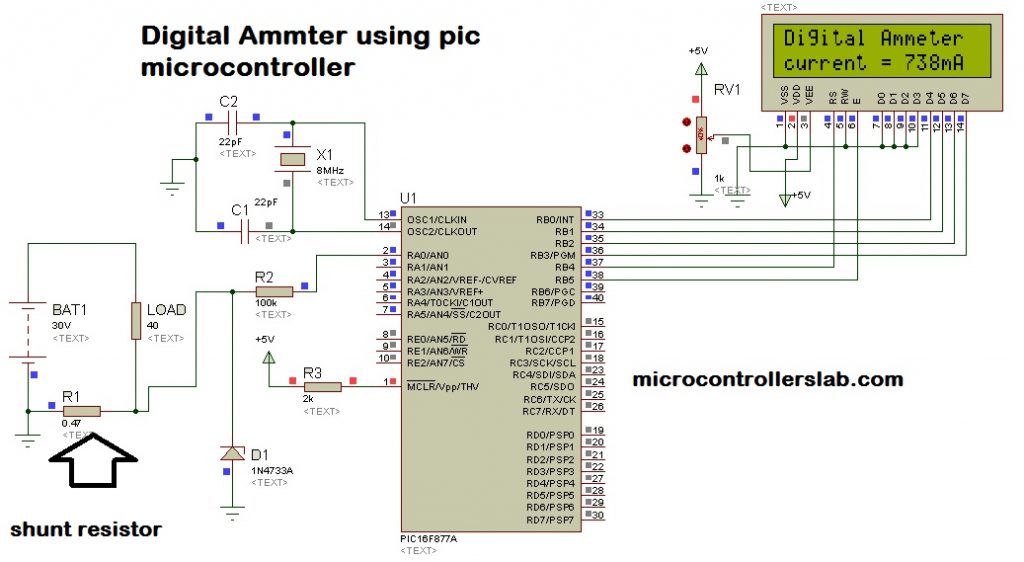 Why we need shunt resistor?

Shunt resistor value is known and voltage is measured with pic microcontroller. So current can be easily calculated by using above Ohm’s law formula.

In this digital ammeter circuit project, 0.47 ohm shunt resistor is used.  Now you must be wondering how to design this low resistance value resistor? The simplest solution to this problem is to take a piece of wire and makes it few turn. After making few turns, measure its resistance with the help of ohm meter. You can easily design .47 ohm resistor with the help of simple wire. It is a hit and trail method. Keep trying until you successfully get a value close to .47 ohm. Other option is to used hall effect current sensor which converts current into voltage directly. Magnitude of voltage depends on magnitude of current. 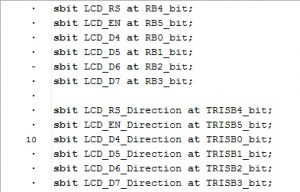 Complete code of digital Ammeter circuit using pic microcontroller is given below. In this code TRISA is used to define port A as input because voltage is measured with pin number AN0 of port A. TRISB instructions defines PORTB as an output PORT. It is used to send data to LCD.  LCD_Init() funtion initialize LCD libraries and ADC_Init() initialized ADC libraries functions. “current = ADC_Read(0); “statement used to read voltage across shunt resistor and “current = (current * 4.89 )/ (0.47); ” statement converts voltage back into current according to ohms law formula. Rest all the lines in below given code is self explanatory, but if you still need any help. You are welcome to comment on this post.[sociallocker] 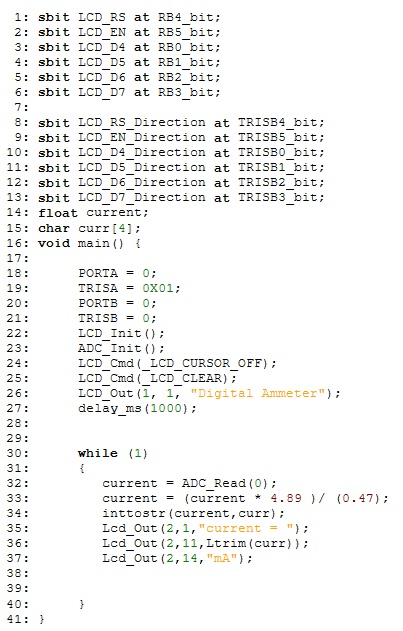