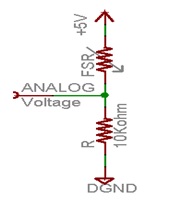 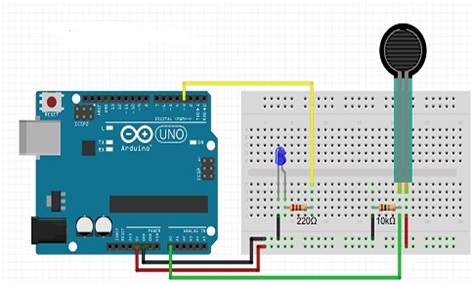 For making connection, a LED is connected at output side of Arduino board for checking the resistance, means how it increase or decrease. For checking this, a logic program is written in Arduino library and then it is up load in Arduino board with the help of Arduino IDE software . When program is up load then turn on the Arduino board when it is turned on the it power on the LED. Similarly, when we apply some force or pressure on sensing resistor then its light is change due its resistance change.