HEF4013 is a flip-flop IC consisting of two flip flops with an independent set (SD), clear (CD) and clock inputs (CP). It has buffered outputs that improve system performance. Data is sent out on the outputs on the positive edge transition of a clock pulse signal. It can tolerate a slow rise and fall times without causing any damage to the circuit due to the presence of Schmitt trigger action inputs.

Each D-Flip Flop of HEF4013 process input data when CP is active low. After that, it transfers data to output pins ( Q, ~Q) on the coming positive edge of the clock cycle. On the other hand, set-direct input and clear-direct input performs their irrespective of the values of Data input ( D) and clock input (CP).

According to the pinout diagram, this dual D flip-flop IC consists of 14 pins. Out of these 14 pins, six pins are assigned for each D type FF. However, power supply pins are the same for both. 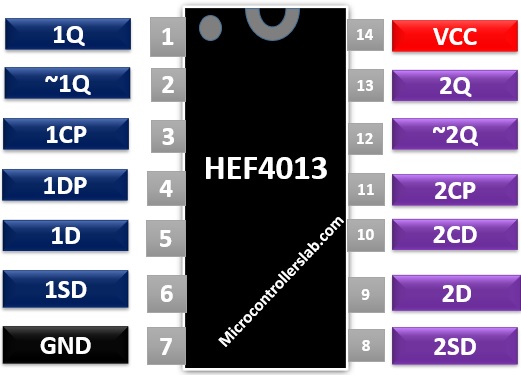 Output pins that provide true outputs of the flip flops.

The clock pulse pin provides a clock pulse as an input which sends the data on the output pins on positive edge transition.

These pins act as a data input pin.

It is an active HIGH, asynchronous set-direct input.

Connect this pin to ground or 0 V.

Connect this pin to a voltage supply.

Due to the latching ability of flip flops, the HEF5013 IC deploys in time delay circuits. These devices are designed for use in shift register applications and for performing data and memory hold functions. You can use this IC in designing counters or performing toggle operations by connecting the output pin to the data input of flip flop.

HEF4013 is a simple dual flip flop IC that operates just like other flipflops. It changes output according to the data input, clear set input, and the clear direct input on every positive transition of a clock signal. In case of high to low transition of a clock, the outputs will not change. These two flip flops store the data input values at outputs until they are changed. The table given below indicates the effect of changing inputs on outputs. 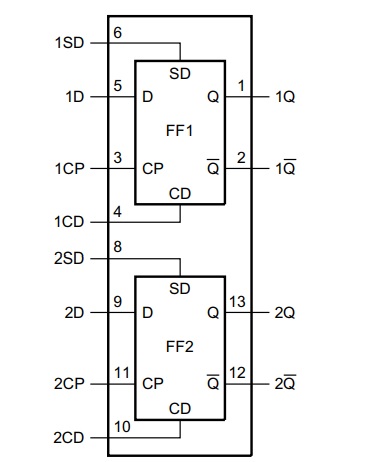 This table is for both flip flops. Set and reset functions are independent of the clock.

Supply 5V to pin 14 and ground pin 7. Apply clock signal at pin 3 and pin 11 which can be obtained from 555 timer IC or frequency generator. The data input pin, clear data and set direct pin are connected to pull-down resistors as shown in the circuit below. You can connect LEDs to the outputs to observe their values. If the clear data and set data inputs are low, then the output value will not change, and it will retain the previous values. If both clear set pin and the set direct pin are high, only in that case both outputs will be high.

The IC has complemented outputs in all cases except when both the CD and SD pins are HIGH. Therefore, it can function as a toggle by connecting LED at outputs. When one LED is on, the other will be in off state. HEF4013 is used in computers and memory devices for storing bits. 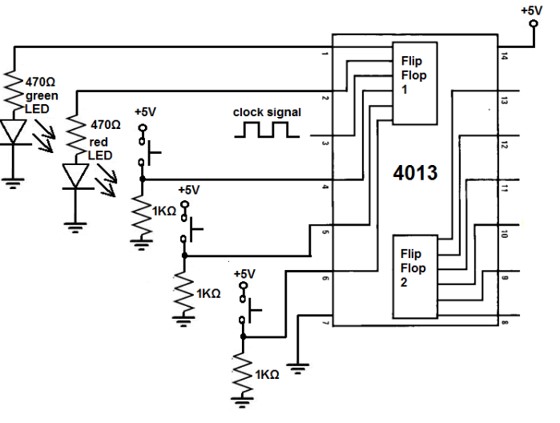 Some applications of the HEF4013 are: 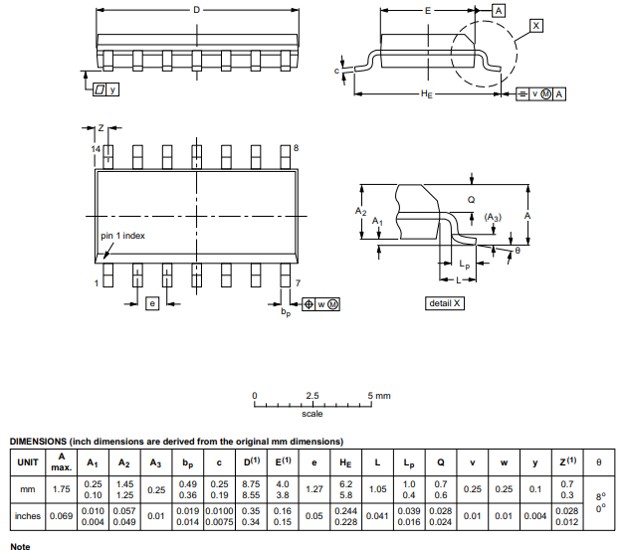