In this tutorial I will explain you the working of a high pass filter. The purpose of a low pass filter is to allow only the higher frequencies to pass through the circuit and block the lower frequencies. At the start a brief and concise introduction of filters specifically high pass filter along with them bode plots are provided with the explanation of the output they will show. After that the circuits is simulated using PSPICE and you are provided with the step by step approach to simulate a circuit and the result are compared with the theoretical discussion provided (which should be same). At the end of the tutorial you are provided with an exercise to do it by yourself, and in the next tutorials I will assume that you have done those exercises and I will not explain the concept regarding them

The limit of the frequencies after which the circuit allows is known as critical frequency and is given by the formula, 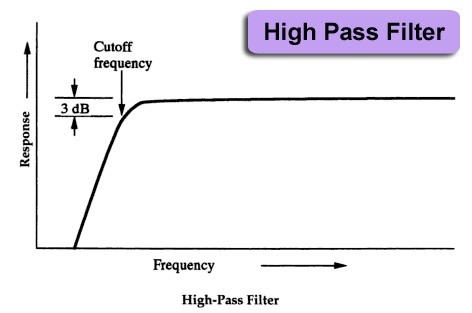