Today, I am going to give you a brief introduction of Microcontroller. And hopefully, by this article, you have a good enough understanding of microcontrollers. So, first thing, we need to figure out is “What is a microcontroller?” Formally I can say that 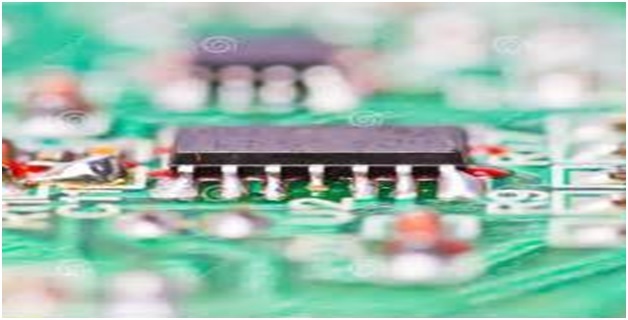 If you want even more simple definition that is

So your desktop, your laptop, your tablet and entire package of your computer, that essentially a microcontroller.

Now the question is “Where we find the microcontroller?” Microcontrollers are hidden in tins of appliances, gadgets, and other electronics i.e Refrigerator, DVD player, T.V, Microwave, Camera, Printer, Phones, practically everywhere hidden inside the devices which we use in daily life. So you can say “They are everywhere!” Now there is need to know the History of microcontroller for better understanding so we should examine the history I want to give you a brief history of micro – controller and I want to give you a history of electronics. Back in the 30s 40s and the 50s, computer were consisting of the vacuum tubes. They produced most heat and they were untrustworthy and very unreliable.

Luckily, in the 1940s we have the development of the transistor which is monumental. Every electronic device that exists today is based on the transistor. Transistors are like the vacuum tube they did all those things which a vacuum did and more. These are cheap in cost.Then in the 60s, we were familiar with logic gates. There are a lot of transistors in a single chip which is called logic gates. Logic gates are made using transistors. Different types of logic gates are used to do the numerous logical operations. And then in 70s, we had the advancements of the microprocessors and microcontrollers. And which microprocessors are developed by Intel and then came microcontrollers. First microcontroller ever is the TMS1000.

Comparison between Microprocessors and Microcontrollers

Application: Microprocessors are used in general computing i.e. Laptops, tablets or desktop. These are general computational machines, they practically do everything, just think about it, here you can watch the video, you can edit the picture, you can play games, you can write documents, you can send email. So many things you can do on your computer. Microcontrollers, on the other hand, does one thing.  it’s not as versatile so that’s why you see them in appliances and in specialized devices like as I mentioned before. In a microwave how many things can you do? Can you play a play a game on your microwave? No. Can you write a letter on your microwave? No. Right so, that’s where you’d use a microcontroller where it’s just constantly doing one thing.

External Parts: Microprocessor requires many external parts because a microprocessor only processes data. It does not store data. It has no memory. Are you know? You can’t put programs onto a microprocessor because the only thing it does is all like math, it nothing else. Its not very smart. It’s pretty stupid. Microprocessor alone is very dump. It does not know anything because all it does is crunch numbers. A microcontroller, on the other hand, has a lot of stuff built into it. It has memory, it has ways to communicate with the external world. It has everything pretty much setup for it to work as a standalone device and that’s the beauty of microcontroller

Cost: Microprocessors are expensive because they’re ridiculously complicated. And they require some really high tech process, manufacturing processes to create them because they’re really all over well. At least today are really bleeding edge. That’s why they are expensive though there are cheap processes. They are extremely expensive but microcontrollers, on the other hand, are internally a little simpler. Though they have more functionality like they have more peripherals and stuff built into them.

Energy Use: Processors are again really powerful. They take tons of energy. Well, comparing it to the microcontroller, this just sips energy.

Vendors:  It is just a general statement about microcontrollers and microcontrollers. Now vendors, who make them. You are probably familiar with people who make microprocessors. You have Intel, AMD, ARM. If you are familiar with these, you might be… You might have seen them. You know, on your computer box, it may say Intel inside and AMD whatever. Microcontrollers, on the other hand, you might not have ever heard the name of this company in your life like what’s the ATMEL or an ST or a microchip or Taxas Instruments you’ve probably.

Basic Principles of Operation of microcontrollers

2 thoughts on “Introduction to microcontrollers – Getting started tutorial”