LM324 is a quad OP-AMP IC consisting of four high gain amplifiers. These four OP-AMPs can be operated from a single voltage source. However, the split voltage supply operation is possible too. The frequency compensation is provided internally to make OP-AMPs work over wide range frequencies. The supply current drain is almost independent of voltage supply in LM324. Its compatibility with all sorts of logic is commendable. Temperature compensation is possible for bias current at the input and cross-frequency at gain equal to unity. The need for two power supplies for its operation is eliminated. The differential input voltage is equal to ground voltage and a large DC voltage gain of 100 can be easily achieved as well.

LM324 comes in 14 pins as CDIP, PDIP, SOIC, and TSSOP. You can consult the datasheet for the physical dimension for all packages.  The pinouts diagram and their details are shown as: 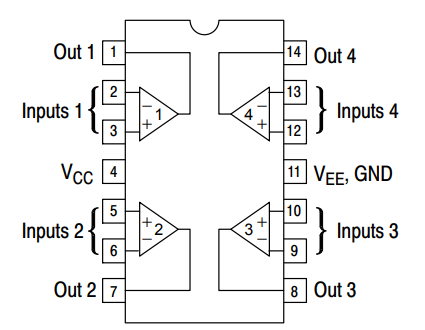 The operational electrical specification and  features of LM324  are shown as:

Where and How to Use?

One of the application making use of all four OP-AMPs of LM324  IC is Bi-Quad Filter which is shown as:

The use of LM324  for the use of Wien-bridge oscillator is shown in the circuit diagram below: 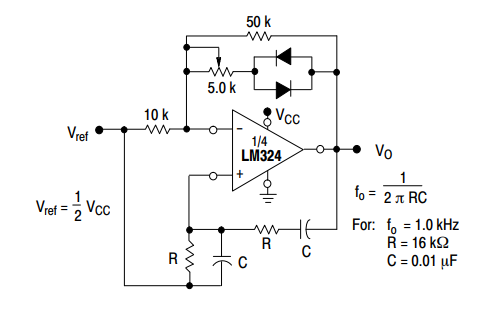 In this dark detector example,  LM324 is used as a comparator. The light-dependent resistor is type of a light sensor. LDR resistance changes based on light intensity available in its surroundings. Therefore, we can use this Photoresistor as a light sensor to detect darkness or measure light. We can also measure light with LDR.

You can read these photodetector based projects also:

Working of this circuit is very simple. 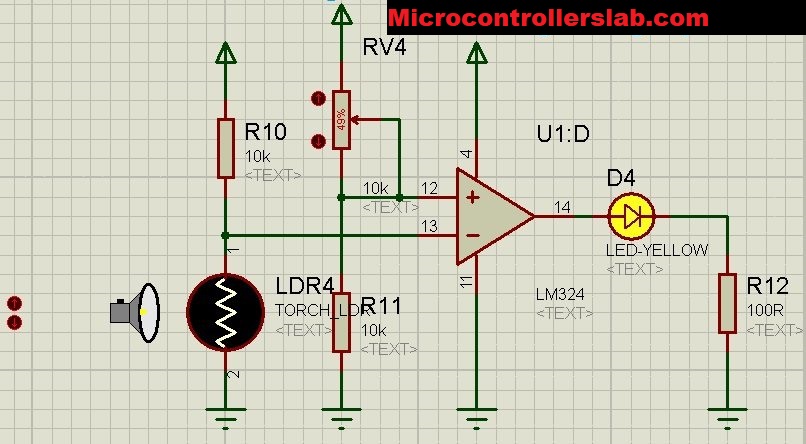 The applications of LM324  are:

The mechanical dimensions of PDIP 14-pin are shown as: 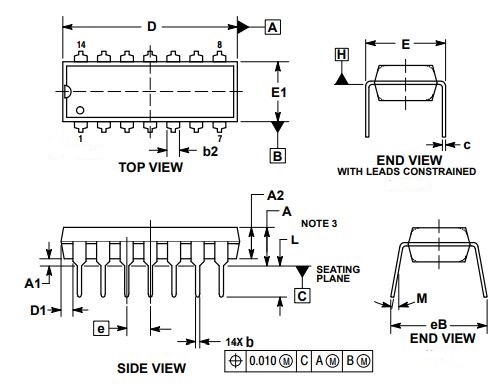