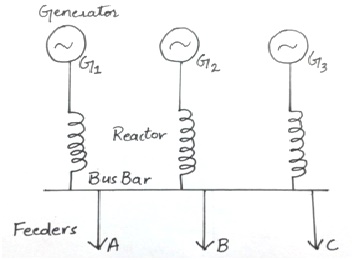 It is when a reactor is connected in series with a feeder as shown in the figure: 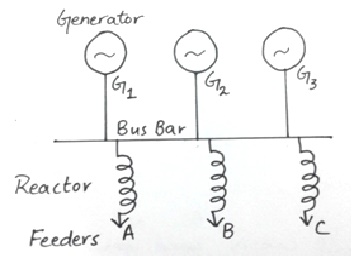 Usually short circuits occur on feeders therefore, feeder reactors are very important. In the absence of feeder reactors, if a fault occurs on the nearest generating station, the bus bar voltage will be reduced to zero and the connected generators will lose their synchronism.

Reactors should be connected according to the power factor of the feeders to regulate proper voltages. Feeder reactance should be about 0.05 to 0.12 pu.

These reactors are connected with bus bars. Bus bar reactors divide the bus bar in smaller sections. If the voltage level is same, no current passes through these reactors and every section act as an independent bus bar.

If a fault occurs on a section of bus bar, the reactor prevents the fault from reaching to other sections and only the fault section is affected. Hence a bus bar should be large enough to protect the system but it should not disturb the synchronism of the system. A reactor which drops the voltage about 30 to 50% at full current is suitable. However the reactance of a sinlge bus bar reactor should be about 0.3 to 0.5 pu.

The following methods describe how to decrease the continuous voltage drop and power losses in case of feeder and generator reactors:

In this system, a bus bar is divided into different sections and these sections are connected together through a reactor. Each feeder is fed by a separate generator and during normal operation each generator supplies power to its respective load due to which very less power loss occurs in the reactors. 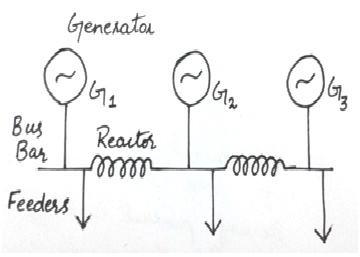 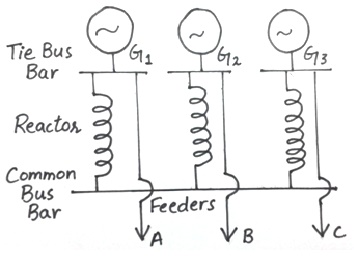 This system is more flexible. By increasing the number of sections, the switch gears work efficiently without any modifications in the system.

But this system is complex and requires an additional bus i.e, tie bar.

These reactors are connected between phases or between a phase and a neutral. Reactors are added in order to compensate the effect of line capacitance in long transmission lines. 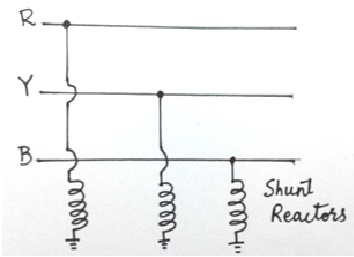 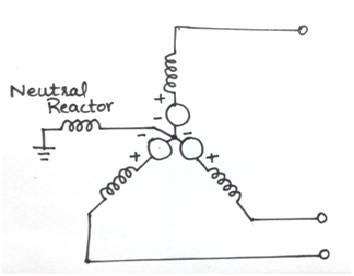 1 thought on “LOCATION OF REACTORS IN POWER SYSTEM”