Now lets start with a introduction of motion detector sensor or motion sensor. I have already mentioned about the sensor which we are using in this tutorial. In this tutorial,  we will use PIR sensor to sense the motion (movement) of human being and turns ON an LED to indicate about the detection of motion. Movement of human will be detected by the PIR sensor. PIR Sensor provides a triggering pulse to MS430G2 launchPad  . MS430G2 launch Pad generates output at Pin No. 14 to turn ON the LED. 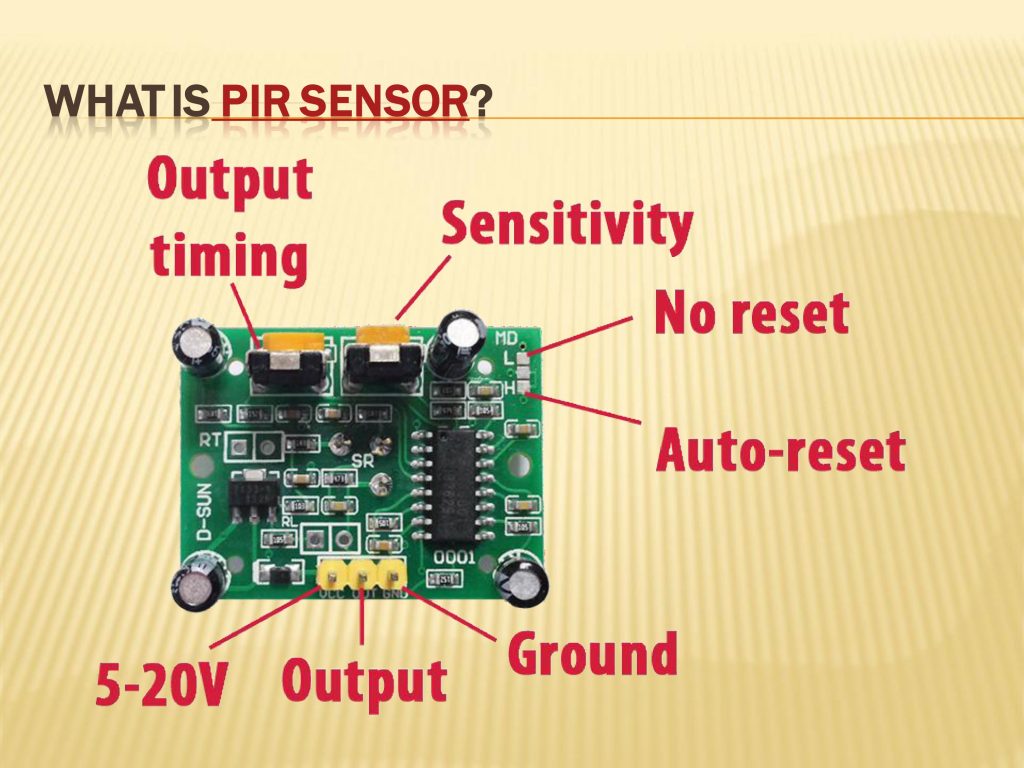 PIR motion sensors are basically  passive infrared receivers what you would more commonly call a motion sensor.  So what it actually has in it is a underneath  plastic dome is a very sensitive infrared sensor that receives and measures the general temperature of the room around it. When you move it senses the change in the average temperature to enough precision that it can actually identify when you’re moving around. These modules are pretty impressive because it only have three pins
This module happens to have two adjustment potentiometers on it. So you can turn up or down the sensitivity and the pulse duration. Because obviously when it senses motion it’s going to send out a pulse but then it after the pulse it does a hold off. It will then not send another pulse until it waits a certain amount of time. These things are really kind of impressive setting. I can be 20 feet away from it and move over 6 inches and it’ll detect it. 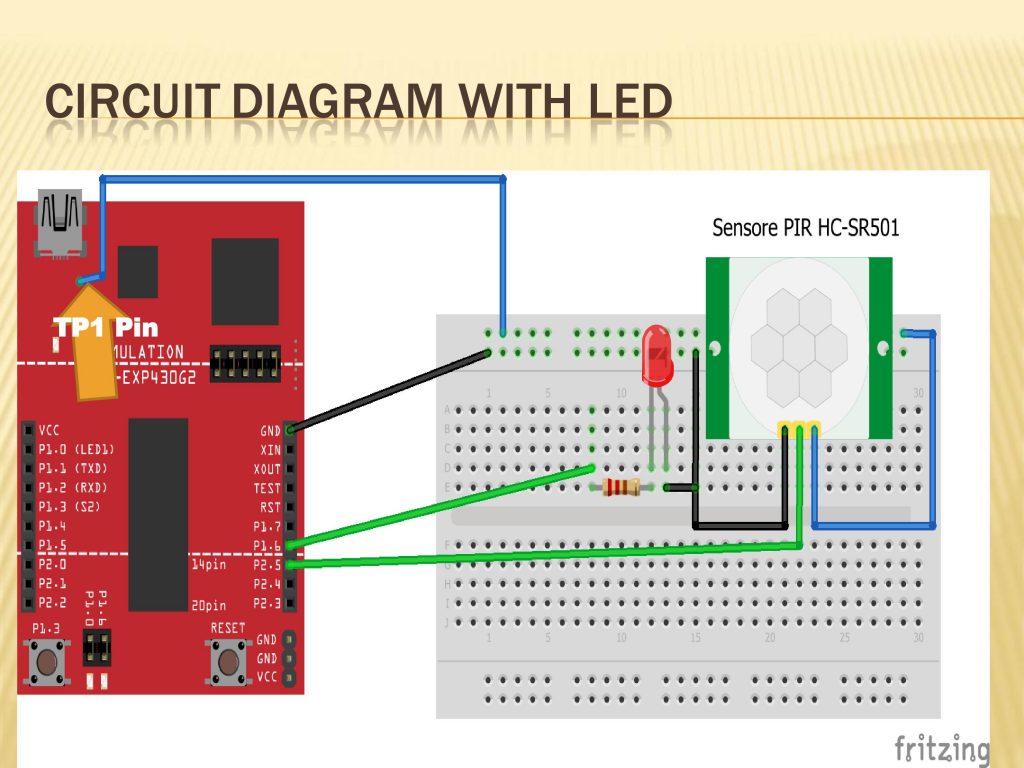