It is a four-terminal device and internally consists of four diodes.

RB156 Bridge Rectifier consists of four pins in which two pins are AC input pins and the other two are DC output pins.

It is an input pin where the phase wire of AC voltage supply is connected.

It is an input pin where the neutral wire of the AC voltage supply is connected.

It is the output pin from where the rectified DC signal is obtained.

It is the output pin that sends out a ground voltage signal of a rectifier.

The features and technical specifications of RB156 Bridge rectifier are given below:

This IC is used mainly in power appliances for converting Alternating current to Direct current. It is also used in single-phase mains supply due to its capability large input voltage. You can use this IC application requiring AC to DC conversion and need the above-mentioned features.

How to use RB156 Bridge Rectifier? 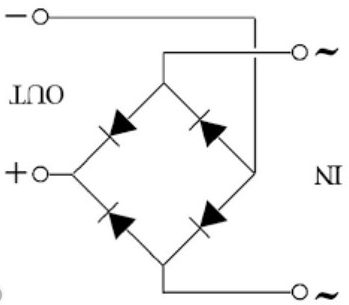 All these four diodes are connected in series with each other. During each half-cycle, only two diodes will conduct. During the positive half cycle of the alternating voltage supply, diodes D1 and D2 will become forward biased whereas the diodes D3 and D4 are reverse biased. Therefore, only D1 and D2 will conduct. The circuit diagram is shown below. 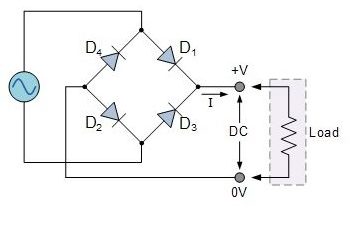 On the other hand, during the negative half cycle of the alternating voltage supply, diodes D1 and D2 will be reverse biased and are turned off. This time only diodes D3 and D4 will conduct in series. In both positive and negative half-cycles, the current flowing through the load connected at the output will have the same direction. As the current direction is the same, the DC current is obtained. A capacitor is connected in parallel to increase the average DC level at the output. It acts as a smoothing capacitor which converts the rippled DC output into a smooth DC signal.

The few applications of the RB156 Bridge rectifier are mentioned below: 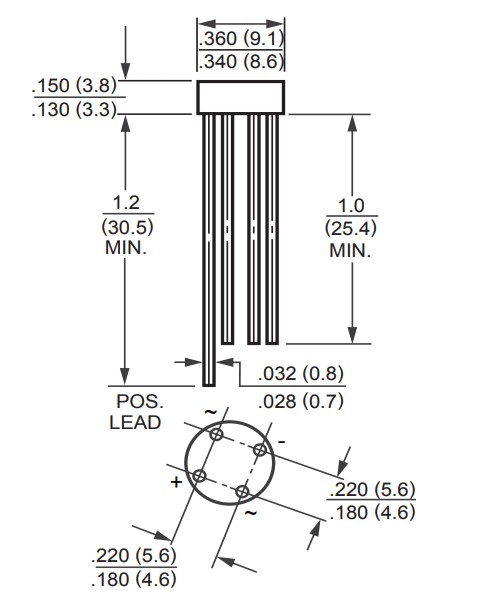