This high current is also knows as inrush current.  This inrush current may also damage the motor winding’s permanently. So we need a device which can control the starting high current of three phase induction motor.  Smooth starter or soft starters are usually used to control this inrush current of the motor when motor starts to run.   So Now lets start with the introduction of soft starter and see how smooth starter works? And How I designed the soft starter for three phase induction motor using pic16f877a microcontroller and at the end of article I will show you the simulation of soft starter in proteus. If you don’t know how to use proteus software, you may like to check my tutorials on proteus.

Circuit diagram of smoother start for three phase induction motor using pic microcontroller is shown below.  Its consists of three zero crossing detection circuits for each phase of three phase power supply and PIC microcontroller which is used to provided firing angle to thyristors through opto isolator. 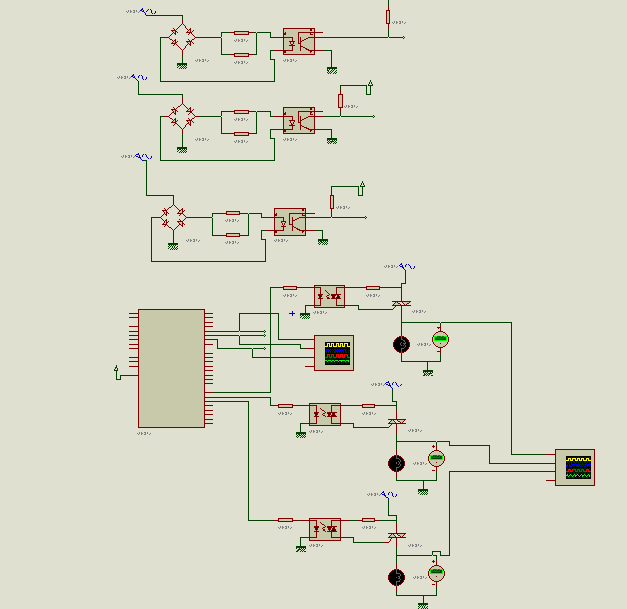 If you don’t know how to control firing angle of thyristor, you can check these article:

To check the complete working of this power electronics project, check the simulation given below.