It is recommended to use it for high power applications. It can be designed using by connecting three single phase half full bridge converters. All three bridge should be operate such that all of them should be 120 degree out of phase with each other. Three phase sine wave inverter is designed using Arduino microcontroller. Arduino is used to generate SPWM singals to drive gate driver circuits as shown in figure below. These SPWM signal are 120 degree out of phase with each other. If you don’t know who to generate sinusoidal pulse width modulation signal, I recommend you read my article on SPWM generation using PIC microcontroller. After reading this article, you will get an idea about how to generate these signal to driver MOSFET drivers which are in turn used to drive MOSFET of three phase H bridge.  Picture below shows the wave forms of gating signals which are 120 degree apart from each other. To completely understand  working of this inverter, I recommend you to read any book on Power electronics. 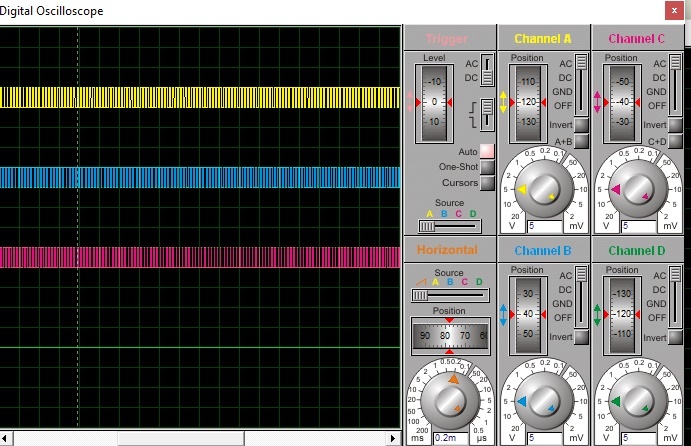 So to design three phase sine wave inverter, you should know how to use above mentioned electronics components. But the most important thing is that you should have an idea about how to write program for it using microcontroller.

Watch the following video if you want to check results in proteus. Proteus will not simulate this circuit in real time due to high inductive and capactive components used. It will take some time for system to produce results due to excessive CPU load. 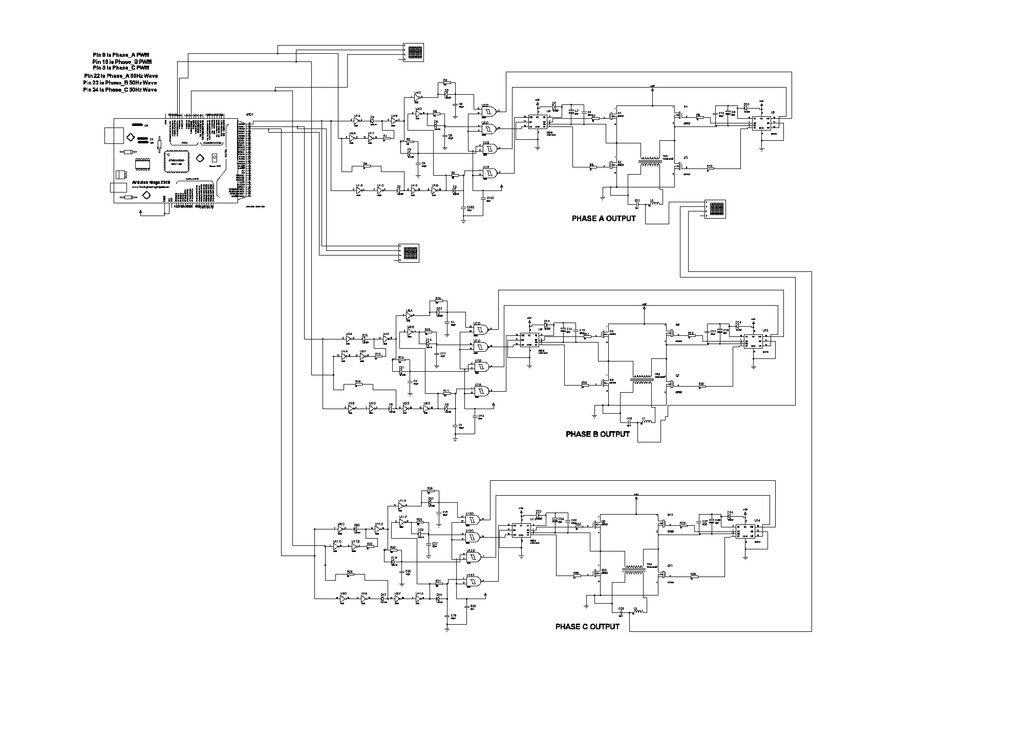 Code for three phase inverter is not free of cost. If you want to purchase code and simulation , you can buy with this button