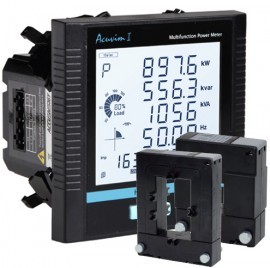 So Now lets get start with basic components used in this project.

PIC18F4550 pic microcontroller: It is the main part of this project. It is used to measure three phase ac power. It measures current, voltage and phase angle between voltage and current.  Power is calculated using product of voltage, current and power factor. It also displays value of current, voltage, ac power and frequency of each phase on LCD. you can read a article on LCD interfacing with pic16f877a microcontroller.

AC voltage measurement circuit : AC voltage measurement circuit is designed using step down transformer, full bridge rectifier and voltage divider as shown below. It also has a zero crossing detection circuit using operational amplifier. Microcontroller can not measure voltage more than 5 volt. So wee need to use a step down transformer which converts 220 volt AC into 12 volt AC. But this 12 Volt AC also has negative cycle, so we used have bridge rectifier circuit to remove negative cycle. 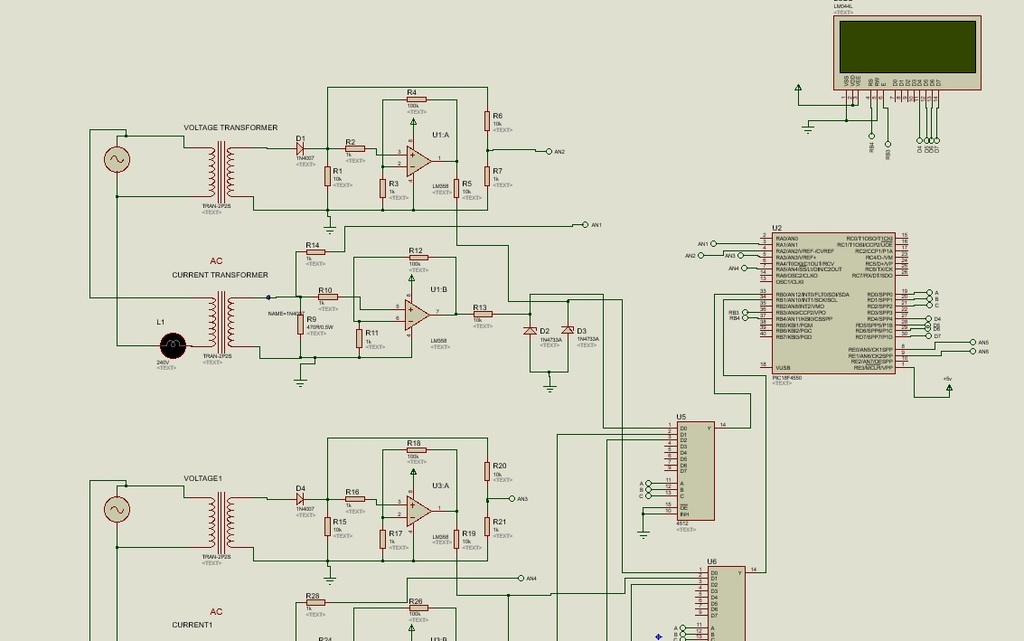