2.4” TFT LCD Module is one of the most common RGB color display modules. Therefore,  this module offer different applications from conventional display modules in features and usage. It offers multi-way communication protocols to the developers/designers. This TFT module is not popular only because of its color screen, it has a resistive touch on itself. The touch screen is accessible by microcontrollers and they are controllable by the users according to the requirements.  Additionally, it can display up to 240×320 pixels on a single screen. Even images can also show on the screen. It is mostly available in developing projects and low-cost devices only.

This is a pinout diagram, For more details on pinout and working of each pin, check next section on pin configuration: 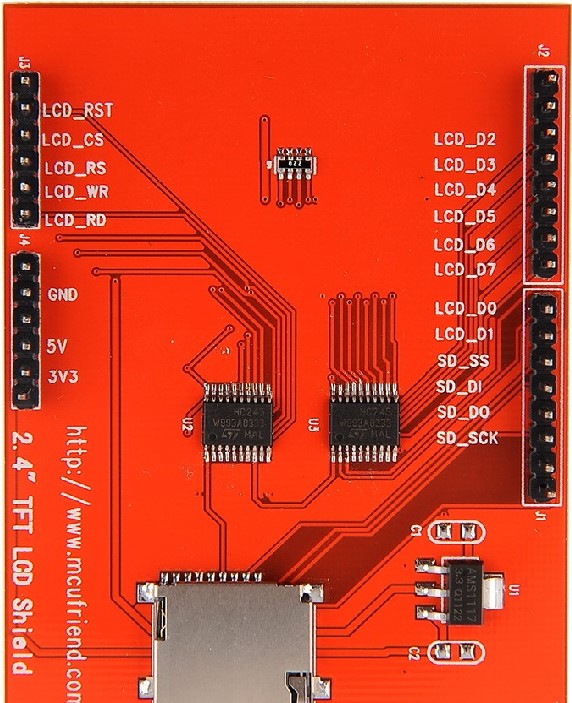 The pin configuration of the module is simple like other display devices. The only problem is the developers need to understand first which method is better to operate the TFT LCD display. Therefore, the TFT touch screen uses the diver to operate each pixel and the driver uses a small no of pins as input and makes it user friendly. The pin configuration is as follows:

The LCD screen is made up of three types of pixels at a single point. The LCD uses the two polarized layers to pass the layer but both layers are opposite in pattern to each other. The liquid crystals relate to anode and cathode which makes the liquid crystal change their angle which helps to change the angle of light. The change in angle allows the light to pass from the polarized layers. There is always a total combination of three colors of pixels which are known as RGB. The intensity of pixels is controllable and helps to manage each pixel. The change in intensity changes the angle of the crystals and which makes the output light according to the image or text requirement.

Each pixel in the LCD needs to control according to the requirement individually. There are a driver ILI9341 which can control each pixel with the small no of pins which we already discussed above. In LCD the driver also attached to the Arduino shield. The Arduino shield comes with simple input pins but the driver output pins which are the most important pin. These pins are the source and gate driver pins. The source pins are 720pin and the gate pins are 320pins. The driver has an internal GRAM that stores the data each time the microcontroller send to it. The data on the display screen always temporary and stay in the GRAM until it needs to show to the screen. The following block diagram shows the internal structure of the driver ILI9341: 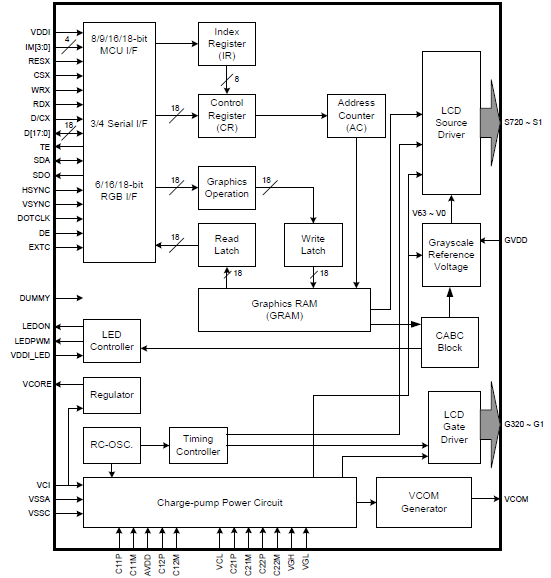 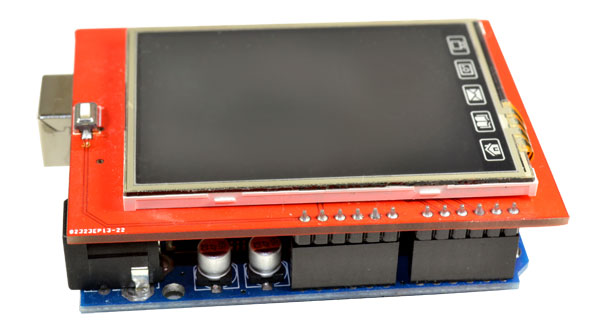 The above libraries will help but to use the LCD first describe the LCD pins attached to the Arduino. It is changeable with the requirement of the LCD use. There are other libraries which can perform different functions which the above library unable to perform. There is some no of pins that need to describe.

Before using colors on the screen, they need to describe in the form of hexadecimal. To use them in human-readable form using the following commands:

Here we will only discuss the text display and its functionality on the screen. To display the text the following command will help in Arduino:

Now always remember to display the text on the screen its color cursor all needs to describe. To describe the data on the screen use the following commands for different methods:

Heres the question arise about the usage of the following command.

The following command will make the whole screen black because the use of white color on the screen won’t show the data on the screen. So always define the screen fill color to describe the screen. The usage of the image is only most of the time with images and text. Every function on the LCD needs to change from the display command only but the rest of the data will be the same on the LCD. The internal SD card solves the memory issue. 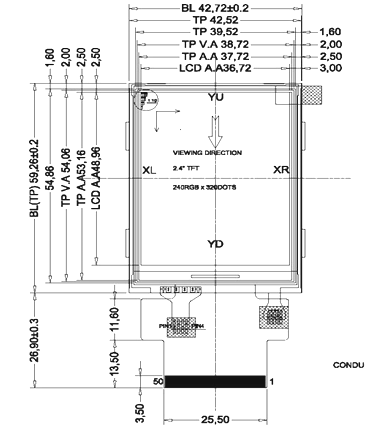