6N135 is a single channel high speed optocoupler based on two photodiodes and a transistor output. It works by providing an electrical insulation shield between an input side and an output side. Compare to conventional optoisolators such as 4N24, MOC2031, 6N135 offers a very high speed bits transmission rate due to separate biasing voltages photodiode and transistor base-collector terminals.

A separate biasing voltage is provided to the base terminal of the transistor through a photodiode. Separate biasing voltage for the base terminal reduces the capacitance between the base-collector terminal. Hence, it helps to increase operating speed to a hundred times as compared to conventional optoisolators. Another equivalent of this optocoupler is 6N136. It can be used to provide electrical isolation between two circuits through an optical signal between an input side and an output side. The maximum operating frequency signal is up to 2MHz.

The pin diagram of an optocoupler is shown here. It has 8 pins but two pins are unused. Details and functions of all pins are listed in the next section. 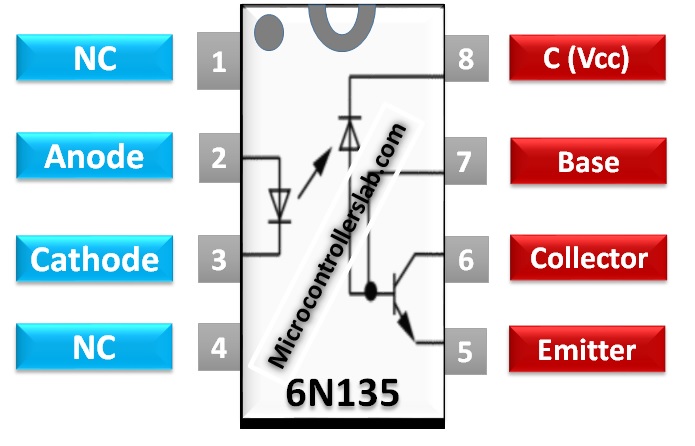 How and Where to use?

As mentioned earlier, both 6N135 and 6N136 are exactly the same except the CTR (%) difference.  Other electrical characteristics and the Pinout diagram are the same. Therefore, an example we discuss in this section works for both.

Note: More information on Features and Specification are available in the datasheet.

We have listed the most important applications 6N135 optocoupler below:

This 2D diagram shows the physical dimension of the DIP-8 package. All dimensions are listed on a millimeter scale. For a 2D diagram of SMD IC, download datasheet from the link provided in the above section. 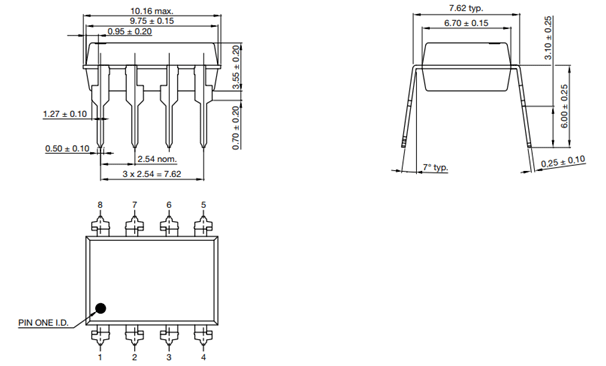