The recommended operating voltage for IC is 5V but at the output side, it does not support the switching of high load which makes it suitable only for LOW voltage devices. It also comes up with an enable pin which makes it handy for using in-circuit of flash for the camera. Optocoupler can work with both AC and DC but using it with any circuit a 0.1uF capacitor is recommended. So, in those cases where high-speed optocoupler is needed the IC will be a perfect device to remove the noise and data conversion.

The pinout diagram of 6N137 is shown here and details of all pins are listed in the table. 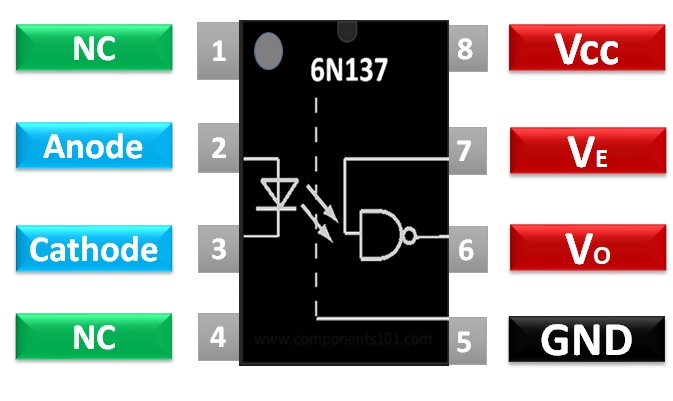 The optocoupler 6N137 is one of the high speeds optocouplers due to its fast IR transmitter and receiver. The output is decided on the base of input and an enable pin. IR receiver output and enable pin both are connected to the NAND gate which helps to decide the output. To use the optocoupler there is some requirement for every circuit. Due to its dual capability of using both current AC and DC current, it should be connected with 0.1uF bypass capacitor with the power supply to avoid decoupling between both ends.

Then the input single should have the 5ns rise and fall time to get the response from the IC. It also should have an impedance of about 50ohm. The output pin of the IC contains an NMOS transistor which acts as a switch. The transistor can absorb the current or it can store the current too but to avoid storage for further output error a pull-up resistor will be used to avoid it. The value of the pull-up resistor is 330 to 4k which van avoid the floating error when the load will be connected at the output. The input signal of the in the IC can be probed but only when it necessary otherwise it won’t be necessary. The pull up resistor value will be different according to its requirement. 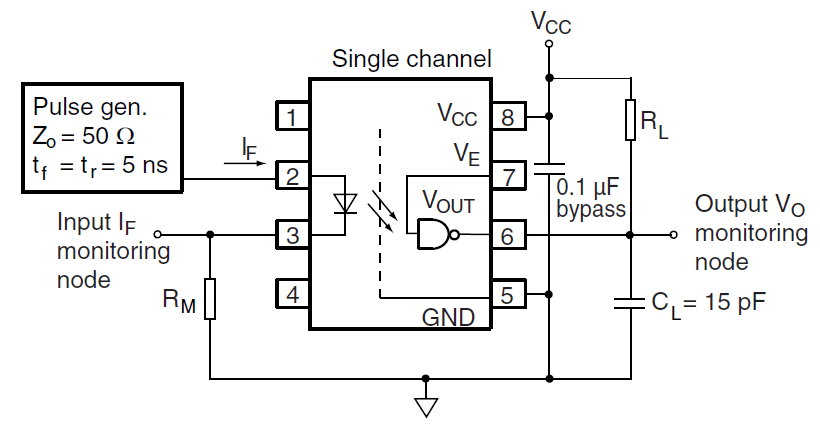 There is another pin on the IC know as enable pin, are most of the cases the enable pin gives the power on and off the ability to control devices. Here enables pin will be used to deliver the different outputs. The default state of enabling pin is HIGH. Even when there is no connection it will affect the output due to its default state, but it can be changed by proving logical signals.

The enable pin value and the input signals combination gives the output state which can be considered according to the following truth table:

In the example of 6N137 optocoupler, we will design a module that is used for isolation between two circuits. The module is basically knowing as isolation module but due to its high speed, it is also known as HIGH-SPEED ISOLATION METHOD. In Isolation, the circuit communicates between two devices without any delay and it protects the circuit with low voltage from the high voltages. To design an isolation circuit of a 3 to 5-volt circuit we will use some resistances and other devices will be according to the optocoupler requirement. The circuit diagram is given below:

The above circuit will be designed with an LED just to detect the signal transferring and the resistances will be used to limit the voltages. Whenever the data will start transfer there won’t be any communication between each circuit. In case of output become shorted the input circuit will become open without affecting it. Other optocouplers can be used for the same functions but in communication like Fibre optics or data communication or conversion the data needs to be travel faster and the 6N137 isolation module gives the ability to make the isolation between two devices to communicate without worrying about data noise and circuit safety.

These details on Features, Electrical characteristics and Applications are according to the datasheet. 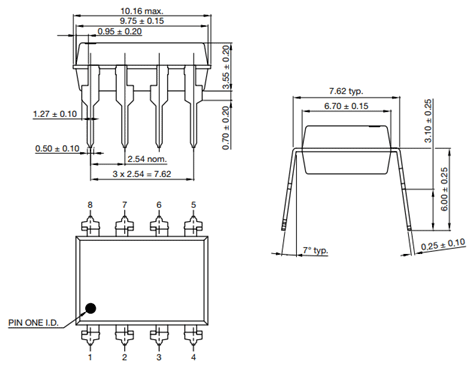