The LM709 series is a monolithic operational amplifier designed for general-purpose applications. The range of voltages commonly used for these devices is completely satisfied by the specifications of LM709. It specializes in providing high gain and reducing both offset voltage as well as bias currents. The class-B output stage provides a significant output potentiality in parallel with a reduced power drain. Frequency compensation of the amplifier is achieved by the use of external components.

Keeping in view all feedback configurations, the amplifier is unconditionally stable for the circuits specified for unity gain compensation. But this compensation can be altered or adjusted to have specific gain values with regard to optimization of performance at high frequencies. The commercial variant of LM709 is LM709C. This variant differs LM709 just in its operation from temperature range from zero Celsius to seventy degrees Celsius.

The dual inline packages of LM709C come as either 8 or 14 pin variant. The pinouts for 8 pin DIP is shown as: 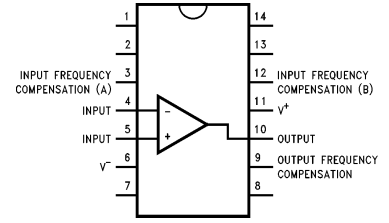 Another available package, apart from DIL packages i.e. 8 and 14 pins, is a metal can package. 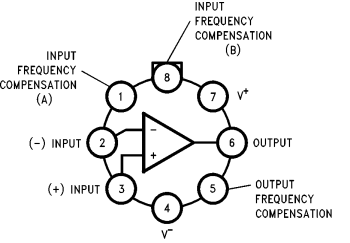 The operational features of LM709, LM709A and the commercial variant LM709C are shown as:

Where and How to Use LM709 Operational Amplifier

While using LM709 operational amplifier input signal is either applied at inverting or non-inverting input terminals i.e. pin no. 2 or 3. DC supply voltage ranging is applied on pin no. 4 & 7 in such a way that the negative potential of the battery is connected to pin 4 while positive to pin 7. It should be noted that +Vcc and –Vcc must be equal in magnitude. The maximum values of ±Vcc are shown in the table showing features or datasheet. The output voltage is obtained at pin 6. Pin 1, 5 and 8 are used for input and output frequency compensations. Specific circuit configurations are there to make standard frequency compensations for input and output as well as offset balancing. One such configuration is shown as: 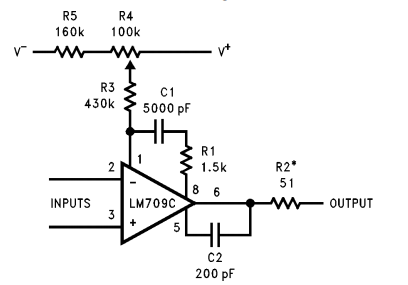 LM 201 can be used for the construction of:

One of the uses of OP-AMP is a unity gain amplifier. The unity gain amplifiers can come up as followers or inverter. The follower provides a gain of one with output exactly the same as the input. The inverter, however, reverses the polarity of input in addition to unity gain provision. LM 709 can be used as a follower and inverter as shown below. 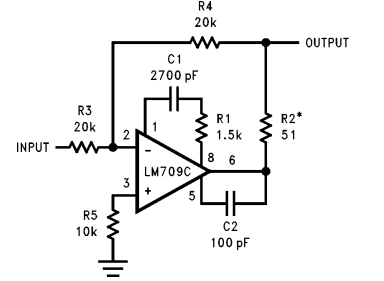 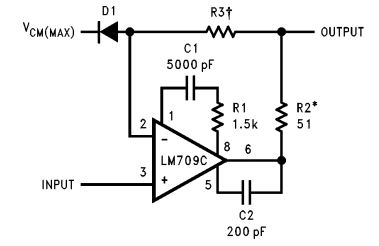 The real-life applications of LM709 are:

This picture shows the 2D model for the 8 pin DIP package. 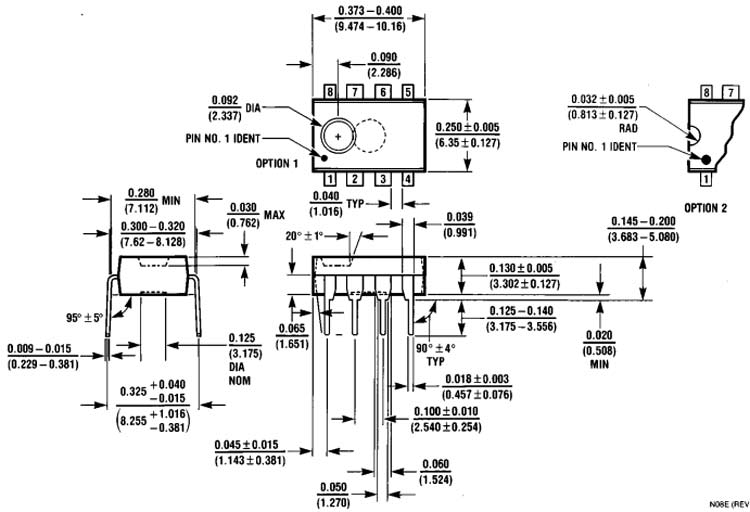