Why we need soft starter for induction motor?

What is soft starter for single phase induction motor?

Circuit diagram of soft starter for single phase induction motor using pic microcontroller is given. I have already explained the all the components of this circuit diagram above. 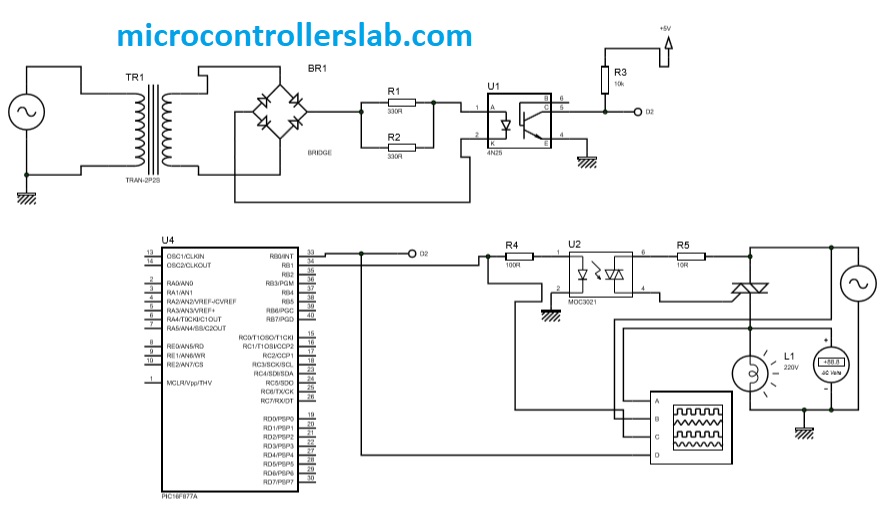 In above circuit diagram, lamp is used as load instead of induction motor. Because induction motor is not available in Proteus. Because we just want to check the functionality of voltage change gradually at the start from low to high value. So AC voltmeter is also connected parallel to lamp to check change in voltage. Oscilloscope shows the operating range of firing angle from maximum to minimum.  For more details about the working of this soft starter project using pic microcontroller , check the simulation given below: