74LS14 is a Schmitt trigger hex 8-bit inverter IC. In electronics devices, Schmitt Trigger is one the comparator-based circuit which gives the output on the based the previous output. In Schmitt Trigger the input value can be analog or digital but the output will be in two forms 1 or 0. Any circuit is convertible to Schmitt trigger by applying a positive feedback system. In this circuit, the threshold is being used to get output. When the value is higher than the threshold the output will be HIGH otherwise it will be considered in the LOW state. These circuits are not only used to convert analog to digital, but it also helps to remove the noise from the signal.

There is an IC name 74LS14 is used as an inverting Schmitt trigger. It comes up with six triggers that can be used easily. The single Schmitt trigger circuit may seem larger in size but the IC has a smaller size and also comes in multiple packages. IC 74LS14 uses a single power supply to all the triggers and can be used to operate with any TTL based device. These circuits can be easily operated in any environment and can be triggered easily with the slowest input ramps.

The pinout of this integrated circuit is similar to 74LS04. However, the functionality difference is due to a Schmitt trigger function. 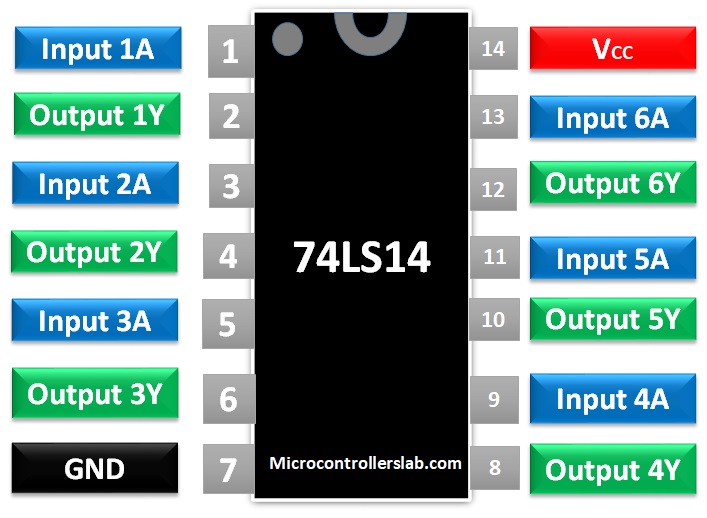 Other related articles are:

The switching between the HIGH and LOW signal in a single Schmitt trigger will happen very quickly but it will happen with the specific method. The rise and fall time for IC describe how much time IC will take to give the new output. Here in 74LS14 IC, the output will be change within 12ns. If the input is given to the IC then it will take 12 ns to give the output, it doesn’t matter the output is LOW or HIGH. Here we are using the inverter Schmitt trigger so If the input voltages are lower or equal to the hysteresis voltages then the output will be HIGH and after 12ns if the voltages changes then at the end of 12 ns the output will depend on the input signal again, this cycle continues until we stop the circuit. 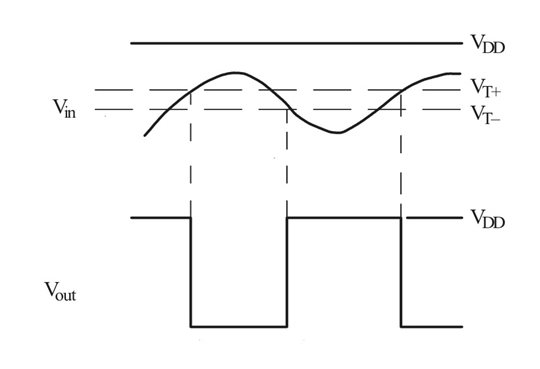 In the case of the noisy signal, the amplitude of the signal will change like sign wave and slow edge wave but at some point, it will cause both LOW state and HIGH state within a few microseconds. The signal will get inverted in the digital signal but in the digital signal, the output will also be with Noise, that’s why in Schmitt triggers the noise gets immunity due to its fast speed.

In this example, we will use one of the Inverter with a sign wave signal and then we will get the output in the oscilloscope. First, we will understand what should be the output. When we will give the sign wave to the inverter then the first output will be in digital form and second its output will depend on the input signal frequency. If the signal is changing with faster frequency then we will receive multiple square waves in the specific interval. Here I will use 50 Hz and see what is the output and how much waves we are getting. First, design the circuit as shown in the below image. 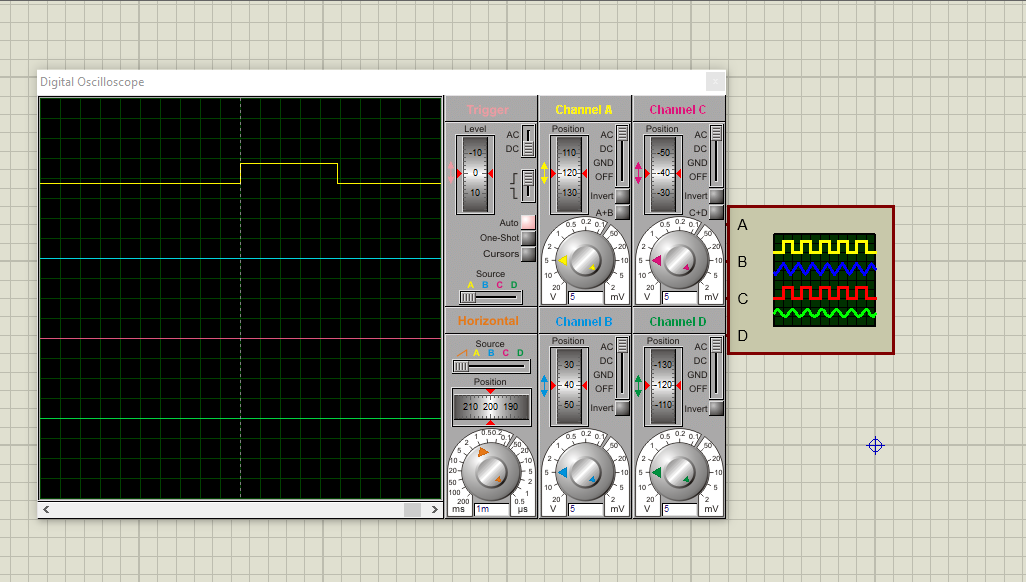 As we can view in the image the sign wave is converted into the digital wave and we are getting only one digital wave on the specific time interval. Let’s change the frequency and visualize the output. 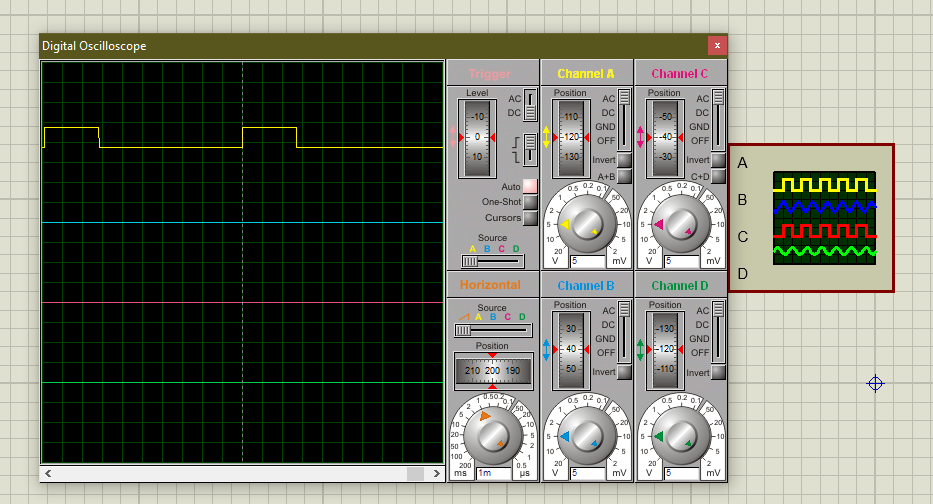 Here we can see when we change the input frequency from 50Hz to 100 then output waves turned from one to two. It is because the speed of the IC remains constant but when we change the frequency the frequency starts shifting much faster than before that we start receiving two times change in frequency from peak to low and low to peak within 1ms. This example will go the same for a smooth edge signal but we can understand noise immunity here better.

Here we can see the shift of the sign wave increase due to the change in frequency. In noisy signal at some point when the signal reaches the threshold, the output starts converting fluctuating between HIGH and LOW. This gives the noisy signal and the upper hand. We can remove these kinds of effects with other devices but a single inverter doesn’t have the feature to remove that noise.