In this project, Sinusoidal pulse width modulation technique is used to generate pure sine wave from pure dc voltage. There are two ways to generate SPWM signals. One using analog electronics and another one using digital electronics like FPGA’s and microcontrollers. In this project, dspic33fj12GP202 microcontroller is used to generate sinusoidal pulse width modulation. I have already posted a article on sinusoidal pulse with modulation generation using dspic microcontroller. you should also check.  These SPWM signals are feed to H bridge using MOSFET’s or IGBT’s.  single phase H bridge is designed using MOSFET and IR2112 MOSFET driver. you can also use isolated MOSFET driver TLP250 instead of IR2112 MOSFET driver. LC filter is used at the output of H bridge to eliminate High frequency signals and to get pure sine wave from pulsating output of H bridge. 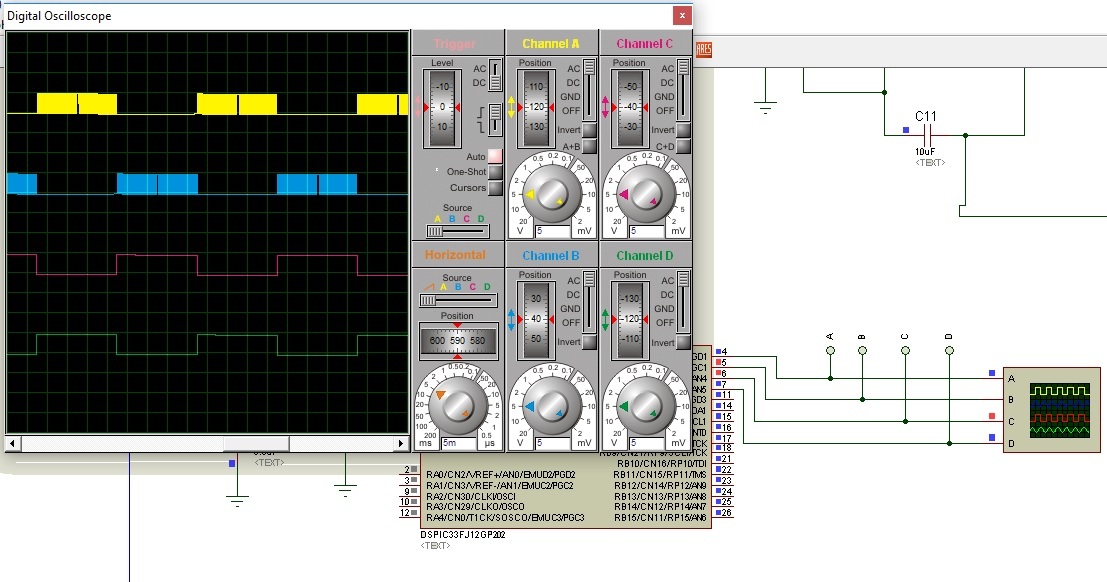 Circuit diagram of dspic33fj12GP202 microcontroller based single phase pure sine wave inverter is given below: 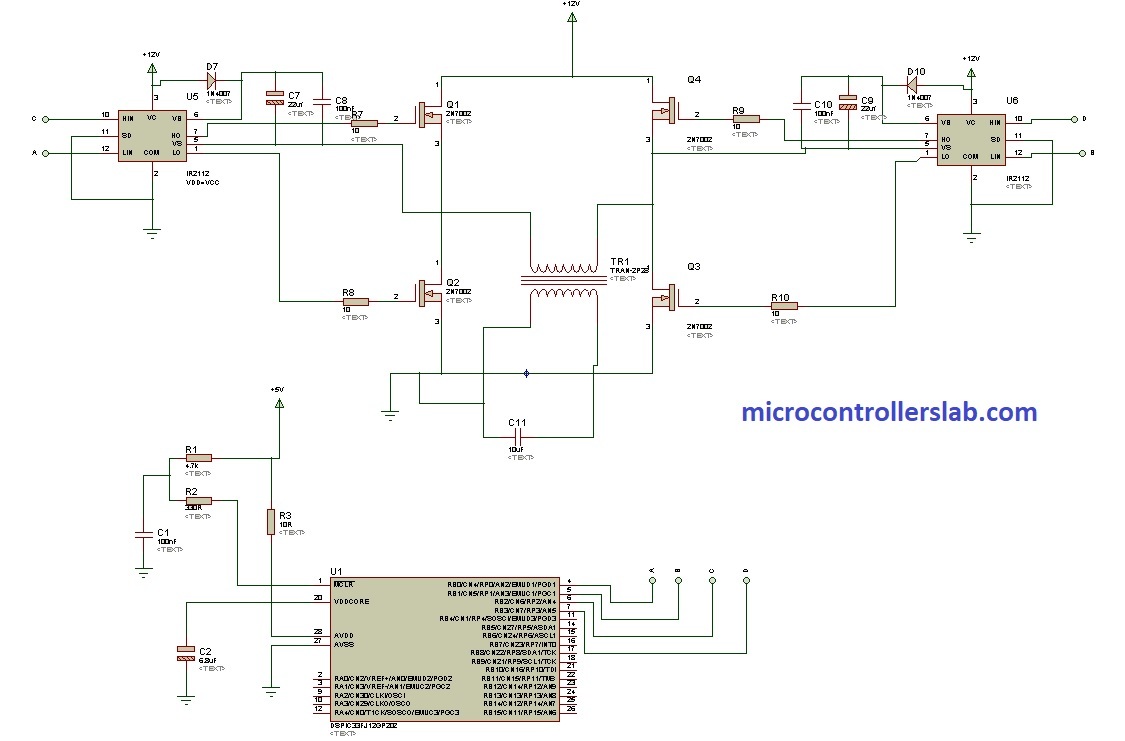 Check the video give below to check output of inverter.

The source code and hex file for this project is not free of cost. Contact us to purchase source code