Followings are the main components used in home security system. I will explain each component one by one briefly. So now first start with pic microcontroller.

Circuit diagram of sms or call bed home alarm system is given below. I have already provided a description of each components used in this project above. So this circuit diagram is self explanatory except few components. Two switches are used for selection purpose. It provides option to user either he/she want to receive sms or call upon detection of motion in home. If you use press switch one, he will receive sms and if you user press switch he will receive call on his number.  Rest is just a rest circuit and resistors used in this project as a current limiting components. Two switches are interfaced with pic18f452 on PORTE bit number one and bit number 2. This port is used as digital input pin. check this article on how to digital input output ports of microcontroller.  So this is a circuit diagram and working of this home security system using pic microcontroller. 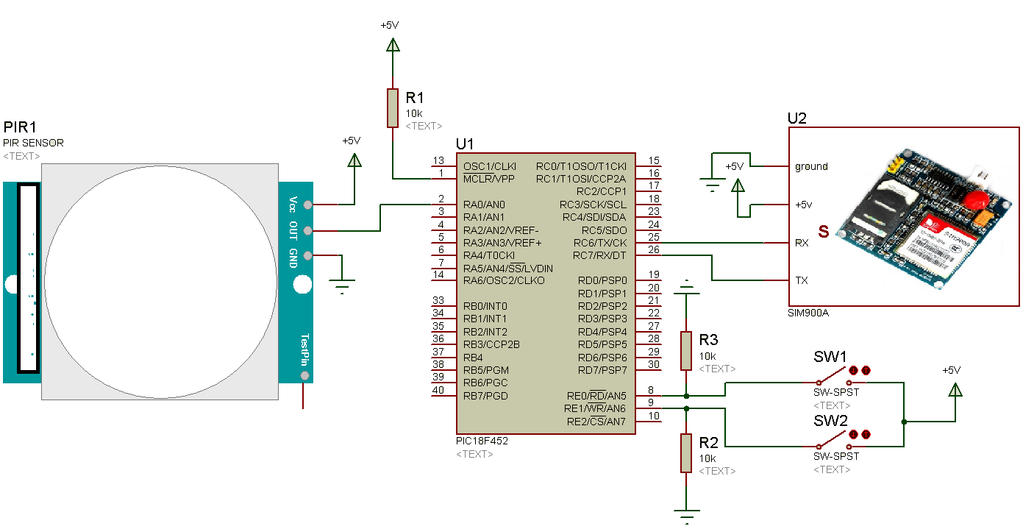 This is all about home security system using GSM Module and PIC Microcontroller. You may like to check pic microcontrollers projects list.