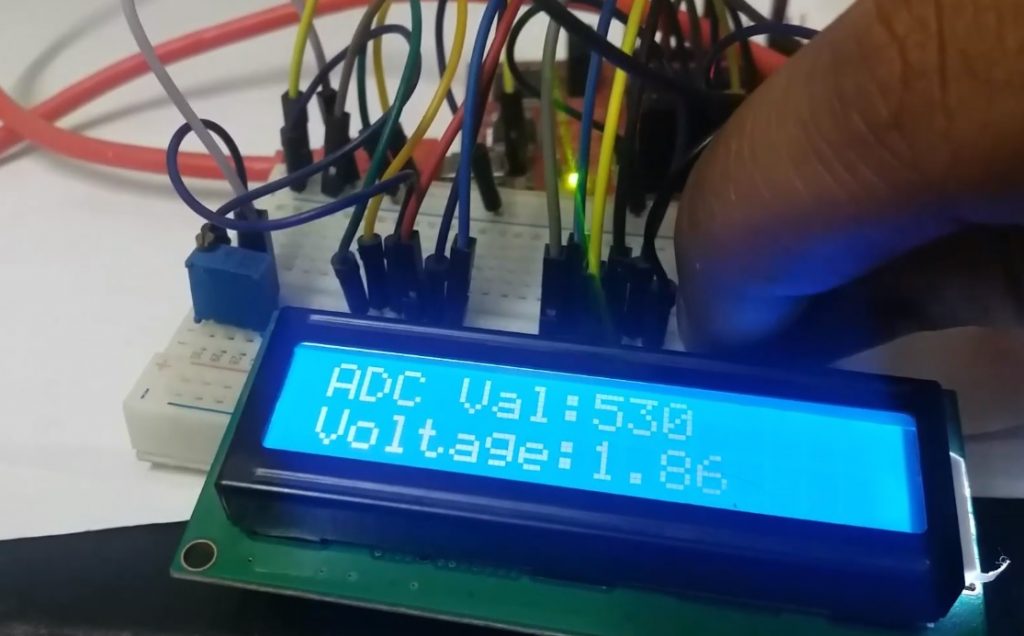 Introduction to analog to digital converter or ADC

There are two important terms used for ADCs provided inside the integrated circuit of microcontrollers. One is adc channels and other one is resolution ADC.

How to convert analog signal into digital signal with MSP430

Resolution of a microcontroller is define as minimum analog voltage a ADC can measure. For example if we have a 3 bit ADC and reference voltage is 5 volt.  The minimum voltage it can measure is

So the minimum voltage a 3 bit analog channel can measure is 0.625 volt and any thing less than 0.625 volt microcontroller with 3 bit channel can not read.  But we we increase the number of bits of ADC, we can also increase its resolution.  Therefore high bits number ADCs are used to get higher accuracy.

Picture above shows the each step conversion of 3 bit with reference voltage of 2 volt.

you may like to check other ADC related tutorials and projects:

How to measure analog voltage with MSP430 microcontroller

So till now we have learnt that how ADCs converts analog voltage into digital value. So now lets see how to use Energia IDE to measure this voltage values.  We are using energia IDE in this series of tutorials. Energia IDE provides library for analog channel. So lets see the function and see how to use it.

How to interface potentiometer with MSP430G2 microcontroller 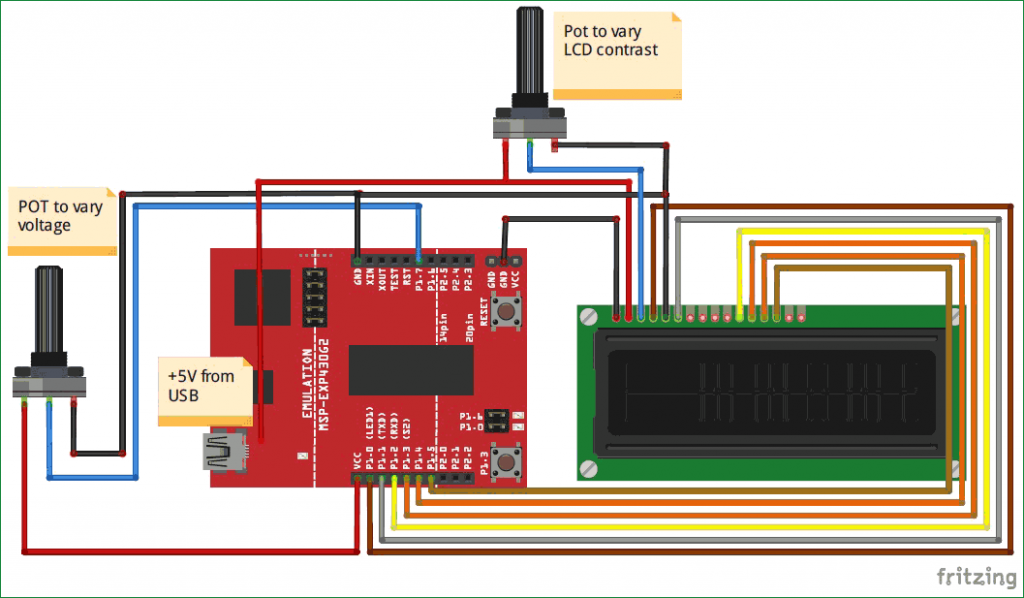 For more explanation and about the working of code, watch this complete lecture.

1 thought on “How to use ADC of MSP430 microcontroller”