A linear equation is a mathematical term which is in the form of unknown variables whose power is one and which can be written in the form of point slope equation as given below,

Lets’ suppose the general system was

These values will be used in the tutorial later.

How to solve linear equations with Simulink

Lets’ now move towards a simple example for solving the system of linear equations using Simulink.  In Simulink a block named as Algebraic Constraint will help us do the job for us. However, it is not that simple we also have to apply some logic in order to solve the system of linear equations. Lets’ now begin with the programming part. Open MATLAB and then Simulink as we have done in previous tutorials. After that open the library browser and from the library browser select the commonly used blocks as we have been doing in previous tutorials. From that section select the gain block and drag and drop that gain block on the simulink block diagram section. Place two such gain blocks as the example we have taken here is for two unknown variables, as shown in the figure below, 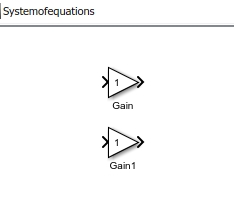 Figure 10: Block diagram of one equation

Figure 11: Block diagrams for both equations