Controlled rectifiers are the basic components of power electronics. As the name suggests in a controlled rectifier we can control the shape of the output waveform of the rectifier with the help of switches. The waveform shape will depend on the firing angle of the switch connected to the bridge.

Controlled rectifiers can be classified into two major types

Unlike simple half wave rectifier, half wave and full wave-controlled rectifiers depends on the number of switches used in the circuit. The pulses given to the switches have a specified pwm and that pwm will decide the shape of the rectified output wave, and the pwn of the pulse is also used to define the firing angle of the rectifier as you will see shortly.

A full wave rectifier however uses both the positive and negative parts of the AC wave to rectify. Again in this case we use switches with gate pulses to be used as the firing angles of the rectified output. The rectified output will not be a pure sinusoidal waveform although it will be a distorted sine 0 output before sinusoidal and rectified sine wave after firing angle of the pulses in the gate input of switches.

Open MATLAB to create a model and then open simulink by clinking on the icon present in the main page of MATLAB or by typing simulink in the command window of MATLAB. Once the simulink window pops up , click on the block named as blank model as we have been doing in the previous tutorials. After that open the library browser and in the search bar of library browser search “Pulse generator” as shown in the figure below, and press enter. 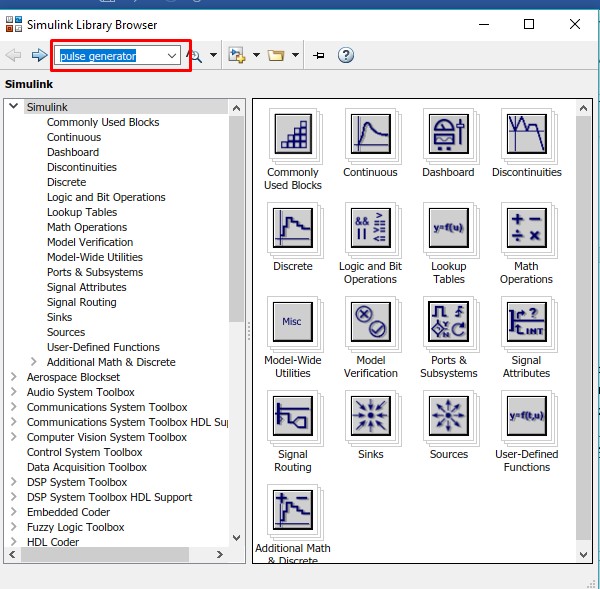 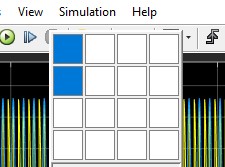 (Hint: Number of diodes to be used will be two)

1 thought on “Implementation of controlled rectifiers in Simulink MATLAB”