CRT is a symbol for Cathode Ray Tube while the acronym LCD symbolizes Liquid Crystal Display. Both CRT display screen and LCD screen are kind of desktop or monitor which are used to display images or videos on their screens. CRT display and LCD both have many differences between each other. CRT displays have a cathode rays emitting tube inside of them that emit rays and when those rays strike with the fluorescent screen, it emits light and hence displays the pictures.

Complete definitions and explanation of both LCD and CRT is given below:

CRTs are the type of displays or monitors which have a cathode tubes at their back and a fluorescent screen. Screen contains tiny dots of three primary colors; Green, yellow and blue. All the other secondary colors are made by combining these primary colors. The proper mechanism of CRT is shown in the figure below: 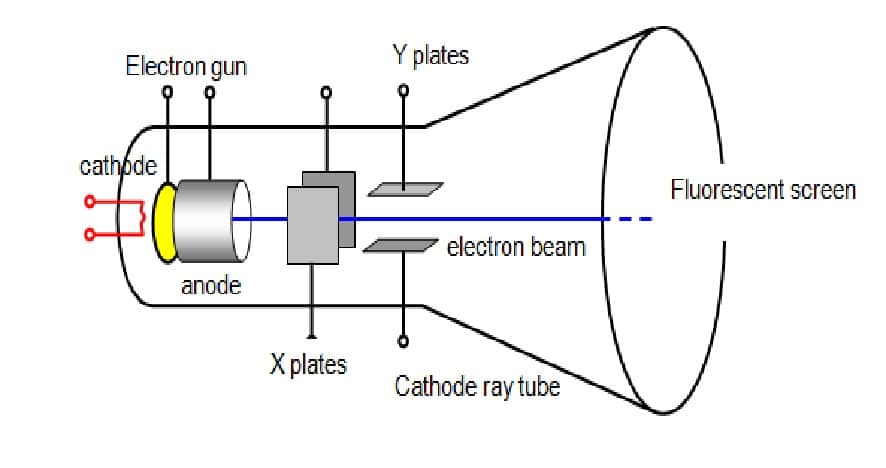 Structure of the CR Tube:

Complete mechanism of CRT Display is shown in the above figure. As one can look onto the figure that there is a cathode at the back of the tube. In front of the cathode there is an electron gun that emits electrons. Then a positively charged anode is present in front of the electron gun. Then there are horizontal and vertical plates called as X-plates and Y-plates respectively. Then at the very front of the tube, there exists a fluorescent screen upon which the beam of the electron strikes.

Liquid crystal displays, also known as LCD’s are a kind of hardware that are used in many electronic devices such as calculators, Apple iPad and computer monitors. LCD is a kind of display monitor that is thinner than CRT monitors. It has a crystal like looking liquid present inside of it. LCDs have less weight as compared to CRT monitors and they give a more appealing display of pictures/videos etc. This is the reason due to which LCDs are usually preferred over CRT monitors.

Structure and working of LCD

To understand the complete working of LCD, we need to look at its internal structure. The back lights are generated at the bottom of the computer monitor. Then at the above side, there exists an element with several layers. Because of that element and its several layers, the light is evenly spread over the whole LCD and it starts glowing. The secret however is the glass panel at the top of that element. That glass panel has two layers that are aligned perpendicular to each other. The light passes vertically through that panel. To display the colors/picture on the screen it is necessary to let the light pass vertically. Glass panel layers cannot align the direction of light. Therefore a crystal liquid is present between the two layers of glass panel. That liquid makes it sure to let the light pass only vertically when it reaches the screen. The liquid is provided the voltage/current for its working.

Just like CRT monitors, three kinds of colored glass panels are used in LCD. Those colors are red, green and blue. These are primary colors while the rest of all the colors are made by combining these three colors.

This is how the LCD works to display pictures on the screen. Complete internal structure is described in pictorial form in the picture shown below: 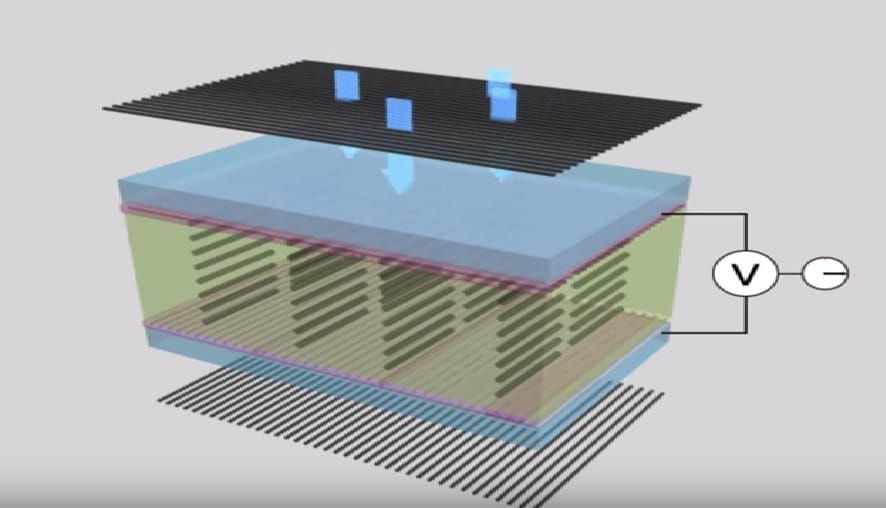 Concluding the difference of the two types of screen, we can say that LCD screens perform better than CRT monitors for displaying images on screens. LCDs have many benefits over CRT. LCDs are lightly weighted and thinner and it is easy to move LCD monitors because of their less weight. On the other hand, CRT monitors are heavy and bulky. In older times, CRT monitors were used in television and some computer systems as well. LCDs are used in calculators, iPad and computer screens as well. LCDs consume less power as compared to that of CRTs. Response of LCDs is faster as compared to CRT monitors. CRT monitors work slower on the other respect. Internal mechanism of LCDs use a crystal liquid for its working. CRTs work with electrons that are emitted from an electron gun. Because of the better features of LCDs, they are more expensive. CRT monitors are more costly on the other hand.

1 thought on “Difference between CRT Monitor and LCD”