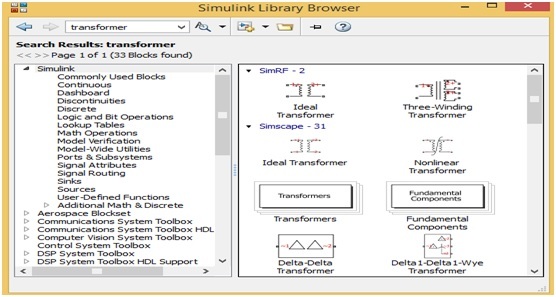 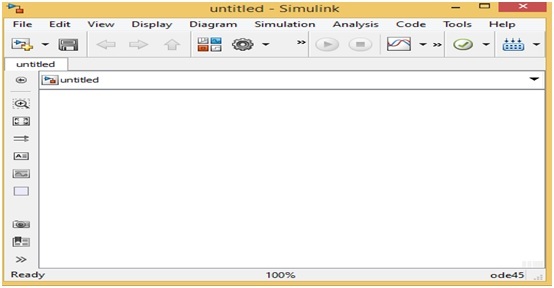 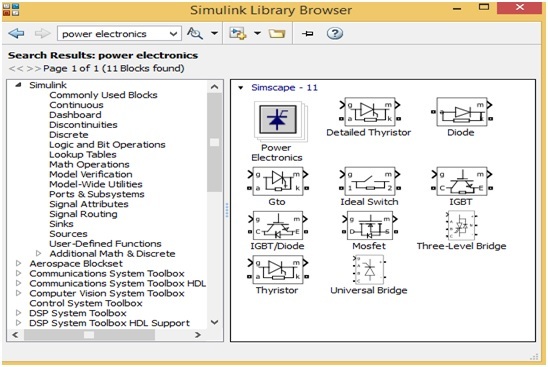 Similarly, for searching the components block such as oscilloscope and display etc. just write the word sink on search Manu bar of Simulink library browser then a new page would be opened shown in figure 4 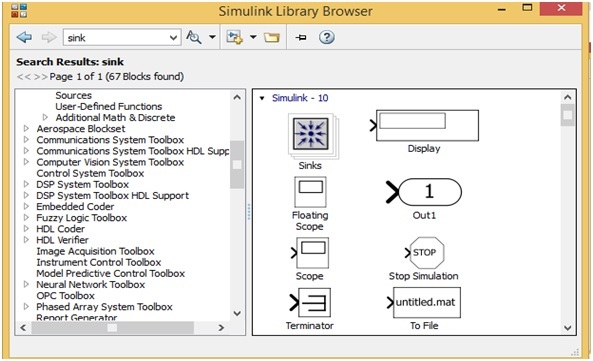 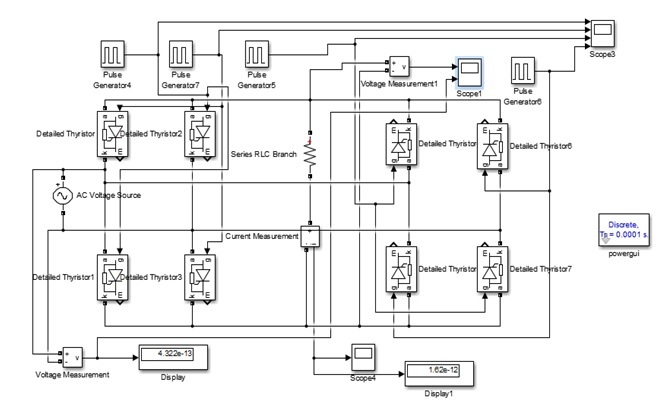 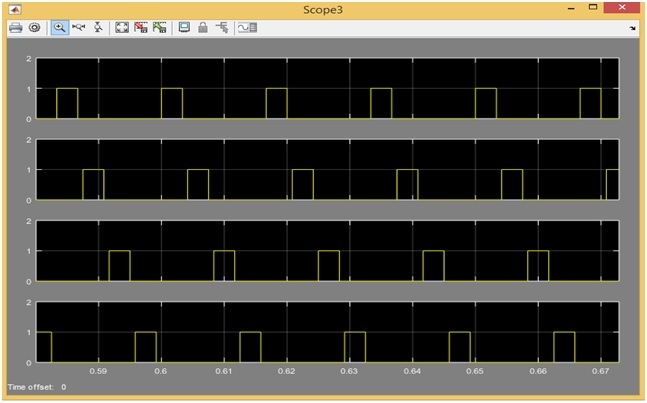 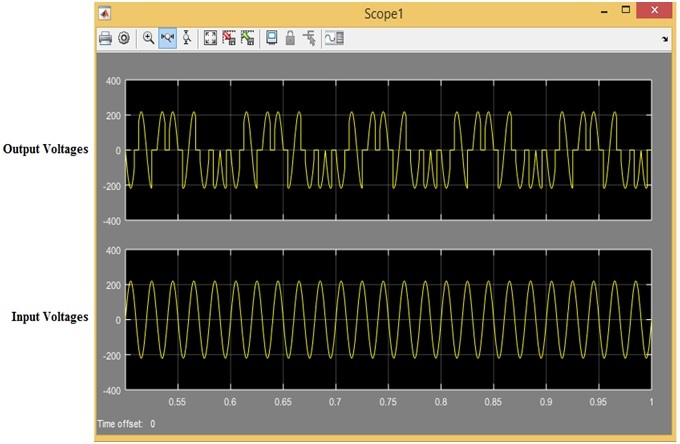 This is all about simulation of single phase to single phase cycloconverter using MATLAB simulink.  I will also share a working video of this project soon.