What is Acceleration and ADXL 335 Accelerometer?  Acceleration is a process in which velocity is changed with respect to time and it is a vector quantity. Similarly, velocity is a speed and direction. There are two ways for explaining acceleration of anything  first one is change in speed and second one is change in direction. Sometimes both are changed simultaneously. If we talk about ADXL 335 accelerometer, then this accelerometer is a device that is used for measuring acceleration of any object. It measures the acceleration in the form of analog inputs,  in three dimension direction such as X,Y and Z. It is low noise and less power consume device. When it is used for acceleration measure purposes then it  is interfaced with any type of controller such as microcontroller or Arduino etc. It is mostly used in construction working machines such as drilling ,driving piles and demolition etc., human activities machines such running, walking, dancing and skipping etc. It is easily available in market or online shop. A simple ADXL 335 accelerometer is shown in figure 1 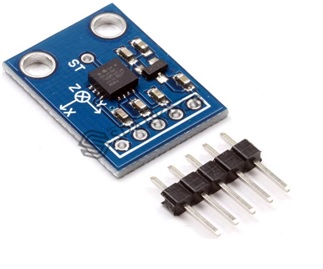 Currently different types of  accelerometers are available in market which are used for different purposes. Some works on the principle of MEMS( micro electro mechanical sensor) working. Which consists of a small mass which is etched into silicon surface and then integrated into a small circuit. When force is applied on this mass then it covers some displacement, so acceleration is produced in this mass according to newton second law of motion F= ma which is sensed by its sensor. Similarly, if we talk about analog accelerometers then they work on two principles such as capacitive sensing and piezo electric sensing. Both have different advantages and disadvantages. Similary,ADXL335 accelerometer is an analog accelerometer therefore it works on the principle of capacitive sensing. In capacitive sensing accelerometer, when it is moved in any direction then its capacitance is changed. When this capacitance is changed then its analog voltages are changed which is sensed  by its interfacing controller.

How to Interface ADXL 335 Accelerometer with Arduino Board

For gaining proper result form ADXL 335 accelerometer, a controller is necessary for interfacing purposes. We can interface with it any type of controller but here we shell only tell the user how interface the Arduino board with ADXL 335 accelerometer. For interfacing it with Arduino board connections are made according to below schematic diagram which is shown in figure 2 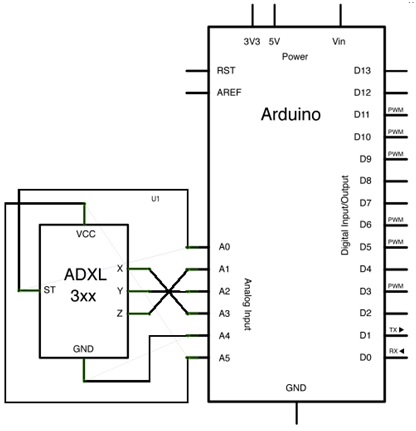 Figure 2 Interfacing of ADXL 335 Accelerometer with Arduino Board