What is embedded system?

As I have already mentioned above embedded systems are consists of both hardware and software. Embedded system have following hardware components:

Central processing unit is main components of embedded system. It is like a brain of system. It is programmed with the help of programming languages to perform specific tasks. Central processing unit is a integrated chip on computer. It contain arithmetic logic unit, real-time clock, stack pointer, program counter, serial ports, internal interrupts and external interrupt It can not do anything alone. Other peripherals are also connected with processor. Micro processor also have following components attached with it.

On the other hand microcontroller is complete single chip integrated computer. It have built-in RAM, ROM, Timers, input/output ports. serial communications ports, analog to digital converters , counters and digital to analog converts  which make them ready to use single chip integrated computer. microcontroller can be easily interfaced with sensors and other interfacing circuit due to build in input/output ports.Followings are famous families of micro controllers.

Microcontrollers have low-cost, small memory, slow speed and low power consumption as compared to digital signal processors. Microcontrollers can be easily interfaced with analog and digital sensors to control and monitor data, for data aquisition.

Embedded systems are classified into two group based on performance, functional requirement. According to use of processors and microcontrollers. Embedded systems have two types.

Based on performance of microcontrollers, embedded systems are further classified into three group:

Based on performance and requirement of embedded project, embedded systems are classified into four group:

As I have already mentioned many examples of embedded systems in start of article. Embedded field have enormous applications in medical field, automation industry, Smart phone, smart Tv, Airplanes and many others. List of latest embedded system final year projects is given below: 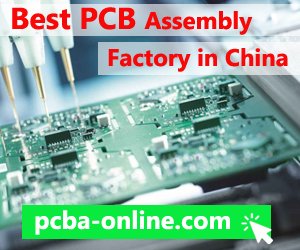