Tutorial number 1 on labview: Getting Started with LabVIEW: We are going to start a new series of tutorials on LabVIEW. We will start from very beginner level and by the end of this series you will be an expert of LabVIEW. We will be using LabVIEW 2015. In today’s tutorial we will cover following topics.

We come across different electrical systems in our daily life. In early days, systems were developed and they were controlled by humans. World is shifting towards automation with the advent of digital technology and user interaction with systems is decreasing day by day due to automation technologies. This also decreases the chances of human error in a particular task. All this has been possible due to different programming languages. As programming languages are developing, more sophisticated and smart systems are being manufactured. Following programming languages has been used with the passage of time to design a particular system.

According to above figure, as languages are becoming High Level; their performance is increasing. LabVIEW can be seen to be most high level language and hence is best in performance in terms of system design and its speed.

LabVIEW is abbreviated from “Laboratory Virtual Instrumentation Engineering Workbench”. LabVIEW is a platform and development environment for a visual programming language from National Instruments. Visual Programming Language lets user to create programs graphically by manipulating program elements instead of specifying them textually.In graphical language we need only to select different blocks and attach them in specific way rather ten writing thousands lines of code.Following figures can show the real power of Visual Programming Language. 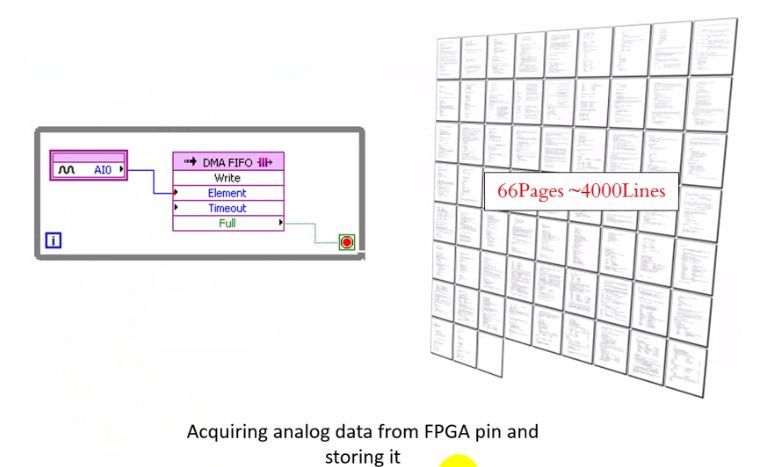 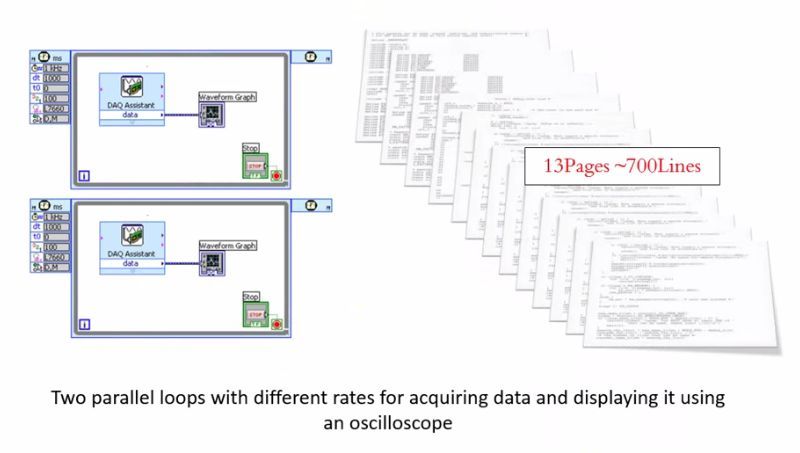 We can make designs, implement their prototype and deploy them to hardware using LabVIEW. Following figure shows different fields of systems that can be developed using LabVIEW. It reduces the development time by 4 to 10 times and has tools to acquire, analyze and present data. 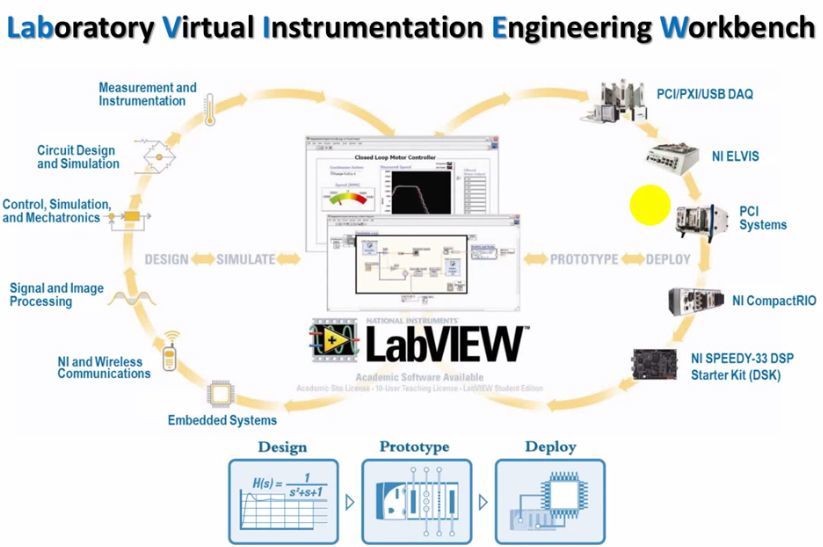 Different Platforms and systems to which LabVIEW can interact are shown below. 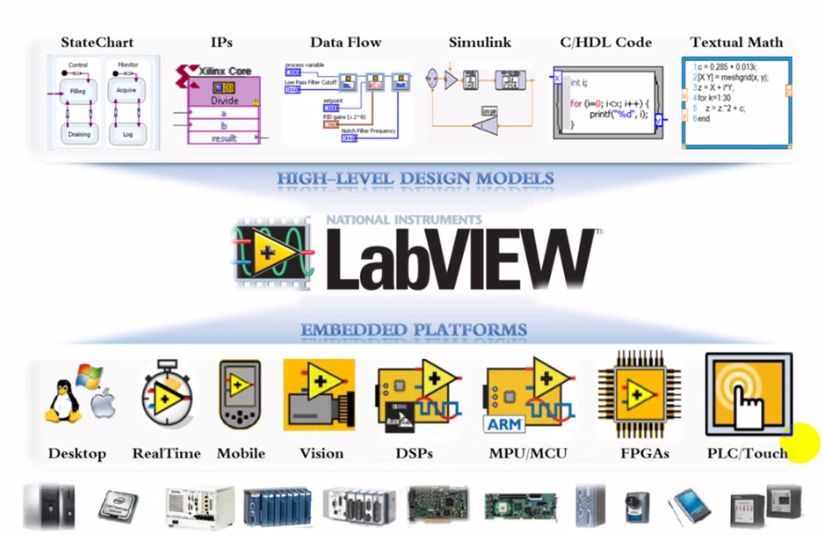 Following are the key features of LabVIEW.

It connects to any instrument or sensor with built-in libraries and thousands of instrument drivers.

It accesses thousands of engineering-specific functions such as frequency analysis curve cutting and more.

It interacts with measurements and performs inline analysis in real time on acquired signals.

It interacts with data using hundreds of drag and drop control, graphs and 3D visualization tools.

Having basic understanding of LabVIEW capabilities; now we will come to software part. In this section we will deal will actual LabVIEW 2015 software. We will see its interface and different controls available for different purposes.Before Starting remember:

Now it’s your time to explore different functions of LabVIEW through this “Context Help” menu. Next time I will come up with another interested tutorial on Labview programming.