A port is usually a set of eight pins and we call them IO because we can configure them either input or output. 8051 have four GPIO ports, and each port have eight pins, while each pin may have one or more than one functions. We will see them one by one. 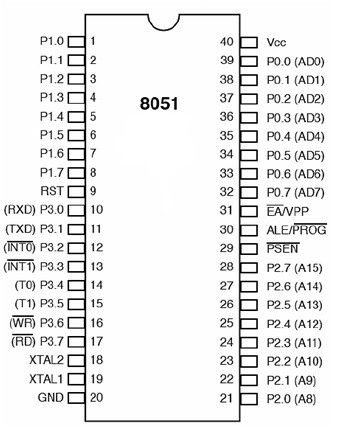 P1 includes pins (1-8). It is an I/O port with no alternative functions and configured only as general I/O purposes. P1 contains built-in pull-up resistor and is compatible with TTL circuits. 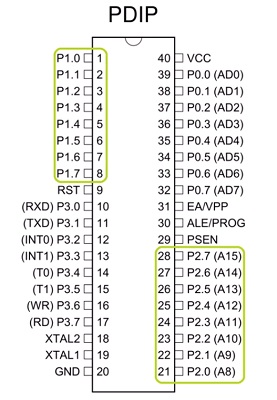 P3 includes pins (10-17). It is an I/O port with different function. For using the alternative functions, a logic one (1) must be applied to appropriate bit of the P3 register. In hardware terms, this port is similar to P0 but it contains built-in pull-up resistor.

In this example I will explain how to use I/O ports of 8051 microcontroller. Input to the microcontroller can be given through push button and output can be seen through LED. Firstly all the port pins are defined. Port 2 is used as output port and port 3 is used as input port.  These Ports are initialized with 0 (to write) and 1 (to read) logic respectively. Delay function is used to give the delay in showing output. Frequency of crystal should be set to 11.059MHz. Program is written in C language using “keil” software and hex file isloaded in the microcontroller. 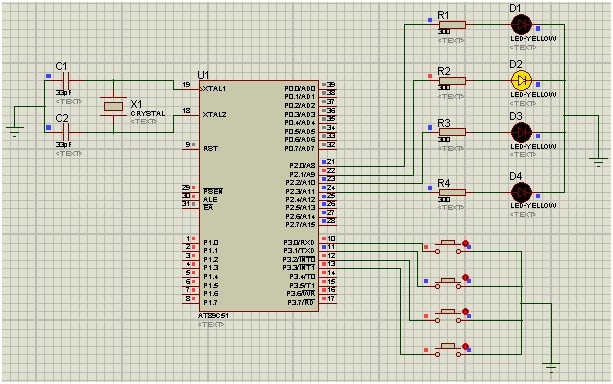