A DC servo motor consists of:

Servo motor is controlled by PWM (Pulse with Modulation) technique in which we control the angle of rotation through the duration of pulse applied to its Control pin.

It has three connection wires for:

First two wires are used for giving power to motor. The control signal is connected with microcontroller to feed PWM signals. Gear and potentiometer control the DC motor in it. Servo motor can turn to 90, 180 degree in either direction and can go up to 360 degrees. Turning angle depends on manufacturing. The servo motor expects a pulse after every 20ms. Length of pulse determines how far the motor turns. The shaft angle exceeds with increase of pulse width. The duration of that logic 1 pulse can be from 1ms to 2ms.

So we can say that pulse duration between 1ms to 2ms can rotate Servo motor to any angle that is between 0 and 180 degree. 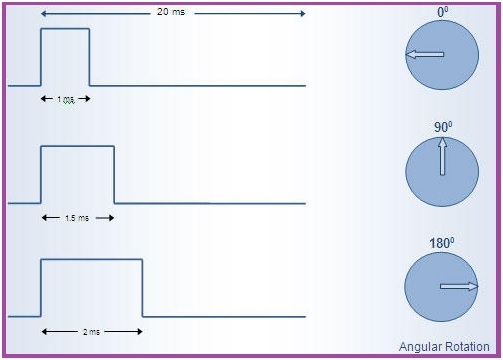 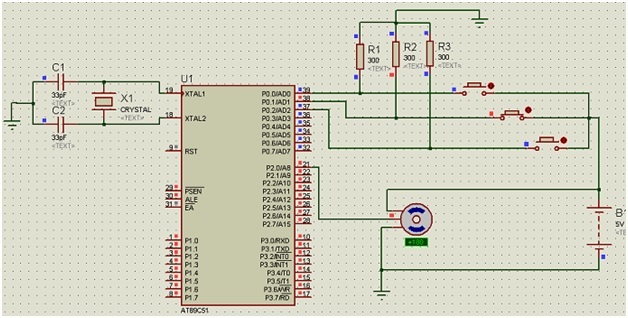