Let’s start with the basic introduction of general-purpose input-output pins of the ESP32 Devkit. You can use any ESP32 development board you want until it has an ESP-WROOM-32 chip on it. Also, the concepts used in this article will remain applicable to other types of ESP32 boards.  For more features of this board, you can go through this tutorial:

We will be using Arduino IDE to program ESP32. So if you don’t know how to install a library of this IOT board you can check this tutorial:

Note: GPIO6 to GPIO 11 are not exposed to pinout of ESP32 dev kit which we are using in this tutorial. Because these pins are internally connected to the integrated SPI flash on the ESP-WROOM-32 chip.

Do you want to learn the difference between sensor and actuator? Check here. For more information about the GPIO pins of the ESP32 development board, check this article:

Now that I believed you have already installed ESP32 in Arduino IDE and You have also gone through the article on ESP32 pinout. Now let’s see how to blink an LED using ESP32 and Arduino IDE.

As I mentioned earlier in ESP32, we have can use 30 pins as a digital output pin. Now let’s select one pin and used it to turn on and turn off LED with some delay.

In this example, we will control an LED with GPIO22 of ESP32. That means we will learn to use GPIO pins as digital output pins. We connect an LED to GPIO22 through a current limiting resistors of 220 ohm. This ESP32 LED blinking example works as mentioned below:

As you can in the above pinout diagram of ESP32, we have a total of 36 GPIO pins, but we will be using GPIO22 as a digital output pin. On different boards, these pins can be located at different locations. Therefore, you need to check its datasheet before using pin number in programming which I will explain in the programming part of this article.

Now check the schematic and make it on your breadboard as shown below:

Now make the circuit connection according to the above circuit diagram on the bread board.

To write code for LED blinking using ESP32, first, you need to understand three main functions used in Arduino IDE to control general purpose input output pins. If you have already used Arduino IDE for Arduino or esp8266 programming, you will be already familiar with these functions :

This code is used to blink LED connected with pin number 22 with a delay of one second.

Now to run this example of LED blinking using ESP32, simply copy this code to Arduino IDE and compile the code.

After compiling code, click on upload button to upload code to ESP32 devkit.

Before uploading the code, make sure you have selected the board and COM pin to which your ESP32 board is connected. 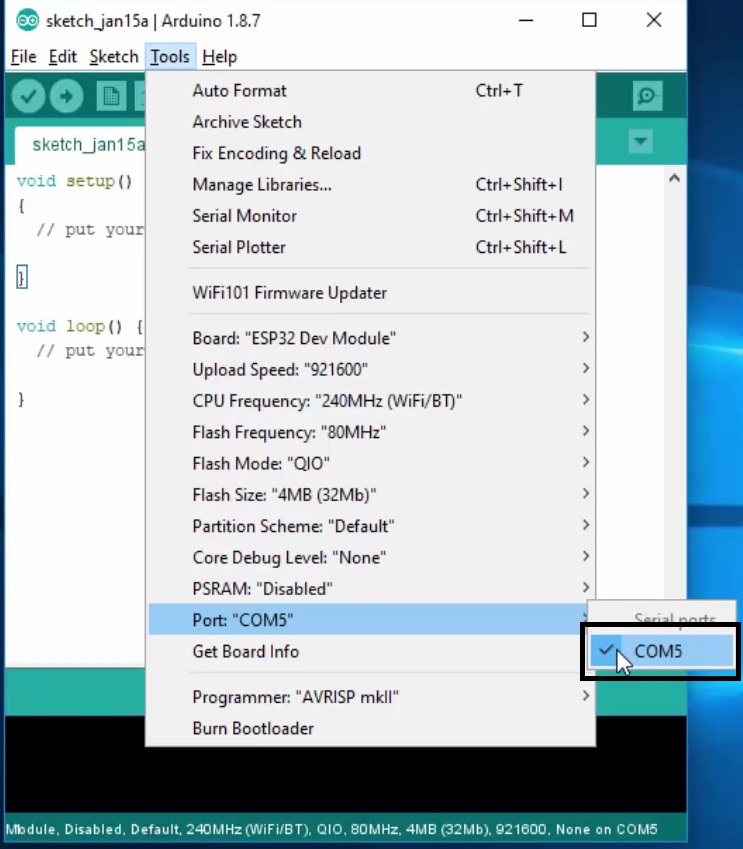 If you do not see this board in toots>port option , you need to install the driver for this board, you can download and install drivers from this link.

Go to tools>Boards and select ESP32 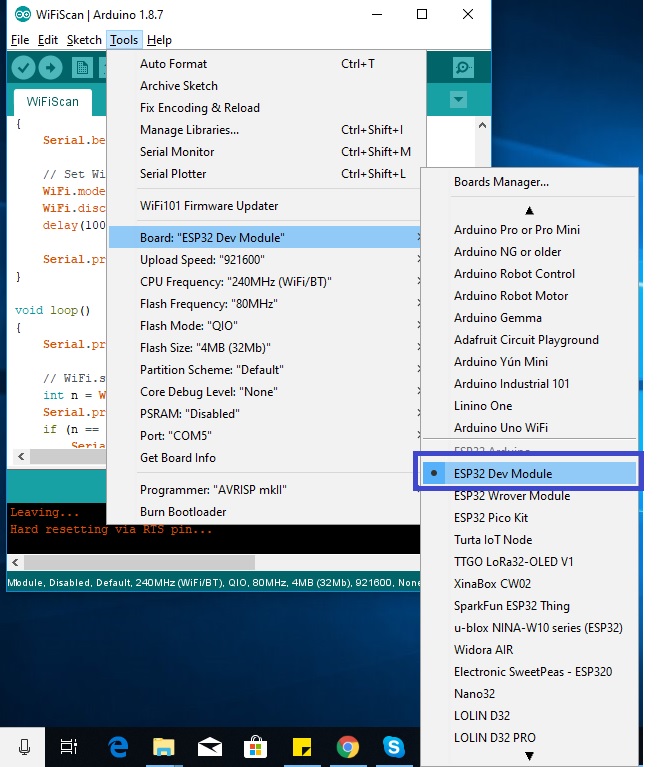 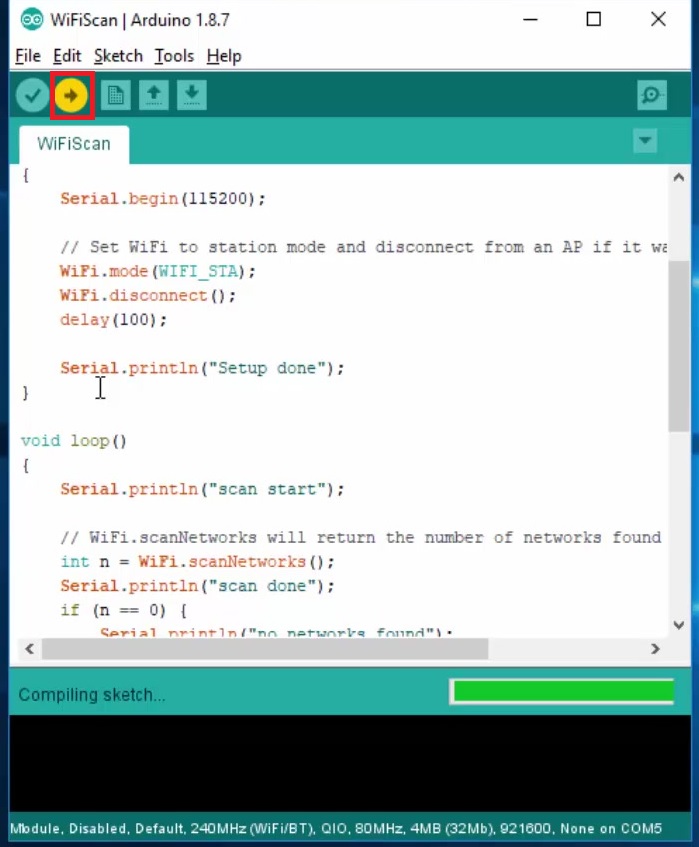 After that, you will see LED will be blinking with a delay of one second.

It is a getting started tutorial with ESP32. To explore more tutorials and projects follow these guides: