What is Line Tracking Module?

The line tracking module is the type of infrared sensor module, which consists of two infrared sensors such as an infrared transmitter and an infrared receiver. It has almost the same working principle and construction as well as with infrared obstacles avoidance sensor module, but the only difference is that it has low transmitting power. This line tacking module has the property to detect a black line in white color and white line in black color.  It provides a more stable and accurate output. These are easy to use and are easily available in the market or online shop. These are mostly used in the robotic industry as well as in those things in which infrared technology plays an important role such as scanner and door opening switches etc. A simple single channel line tracking module is shown in figure 1 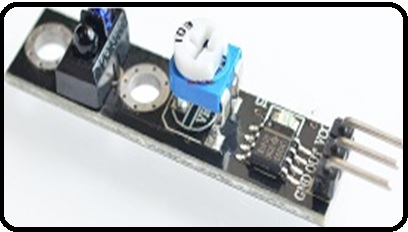 Every line tracking module consists of three pins such as VCC, GND and signal pin. For power on this line tracking module, positive voltages are applied at VCC pin and negative or ground voltages are applied at its ground pin. It is powered up with dc voltages within the range of 3.3V to 5V. Similarly, its third pin which is basically its output pin, output voltages or signal is received from this pin. Any type controller such as Arduino or microcontroller etc. could be installed with this line tracking module for attaining the output voltages or signal. Beside this, it also consists of two infrared LEDs, one potentiometer and one power LED.

In these infrared LEDs, first, one is used such as an infrared transmitter for transmitting the infrared signal and the second one is used such as an infrared receiver for receiving the infrared signal. The potentiometer is used for adjusting the distance or range of this line tacking module. By increasing or decreasing the resistance of this potentiometer, the sensing area of this line tracking module could be adjusted. It is very easy to adjust with the help of any knob or screwdriver. Similarly, the power LED which is turned on when the module is turned on and turned off when the module is turned off.

The working principle of the line tracking module is very simple, it is almost the same as obstacles avoidance tracking module, but it has a low power transmitter. Because it consists of an infrared transmitter which sends the infrared signal in its respective area. When an object such as paper or line is present in this respective area then this paper, line or object block this signal then it is reflected back toward the infrared receiver.

On the basis of this reflected signal, the resistance of this tracking module is changed which is inversely proportional to output signal voltages. Means, when resistance is increased then output voltages are decreased, similarly when it is decreased then output voltages are increased. Because the output of this module is connected with any controller, therefore, these voltages are received by the controller and on the basis of these voltages, the controller decided what is object or thing, where is object and how much distance where it is placed.

How to Interface Line Tracking Module with PIC16f877a Microcontroller? 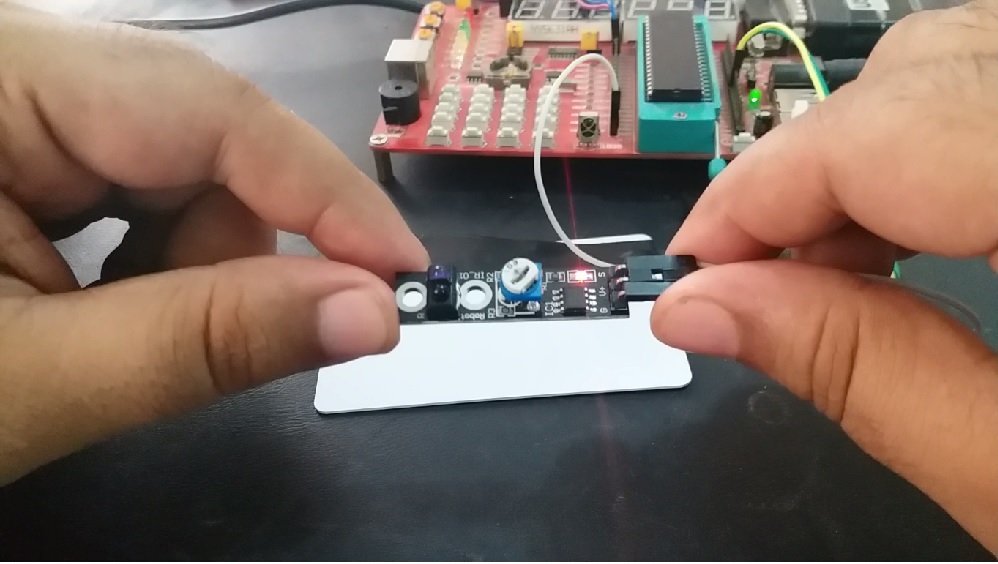 you may like to check other sensor related pic microcontroller projects: