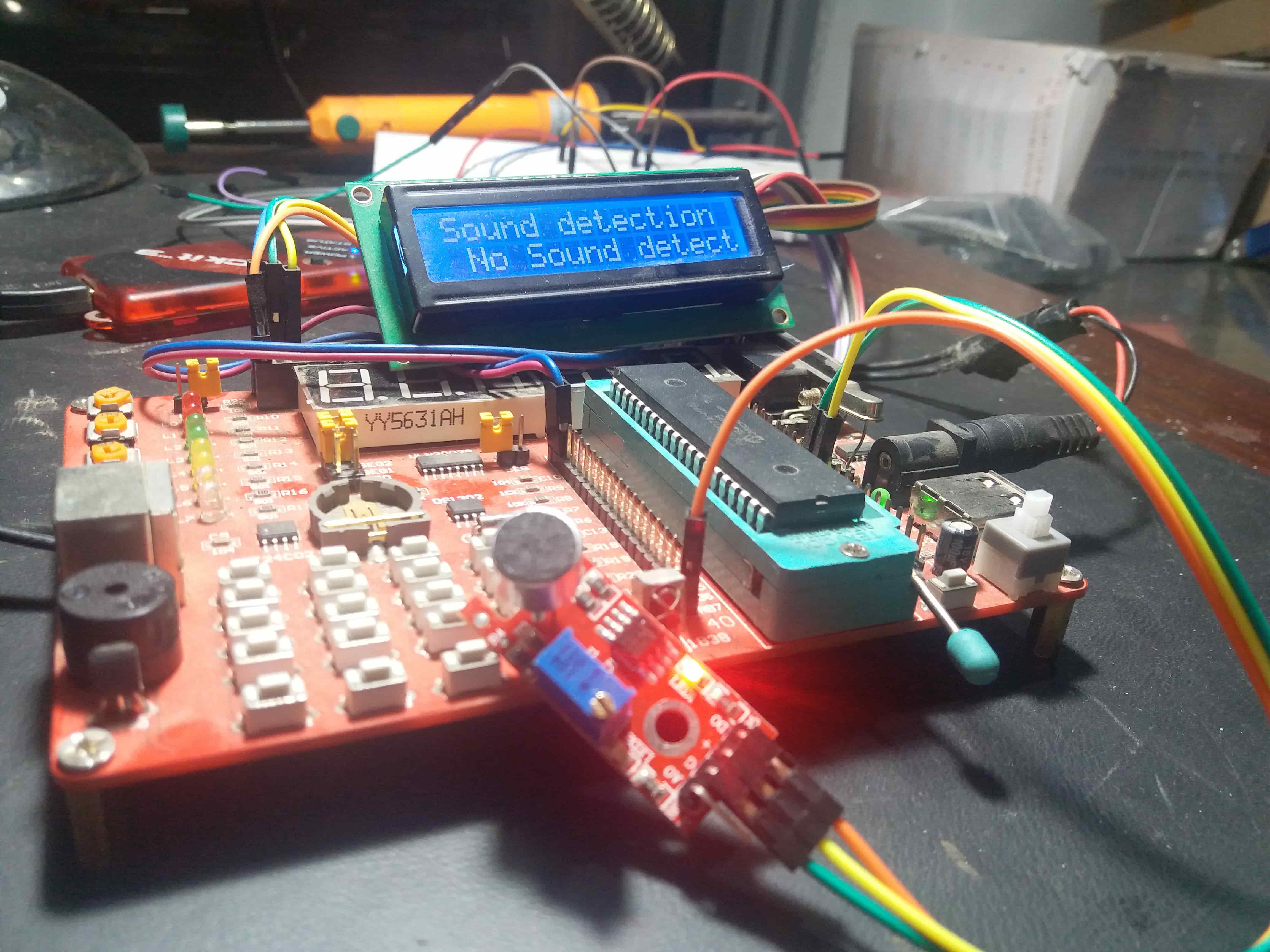 Here is the block diagram of controlling of sound sensor module using pic microcontroller with all their essential components, 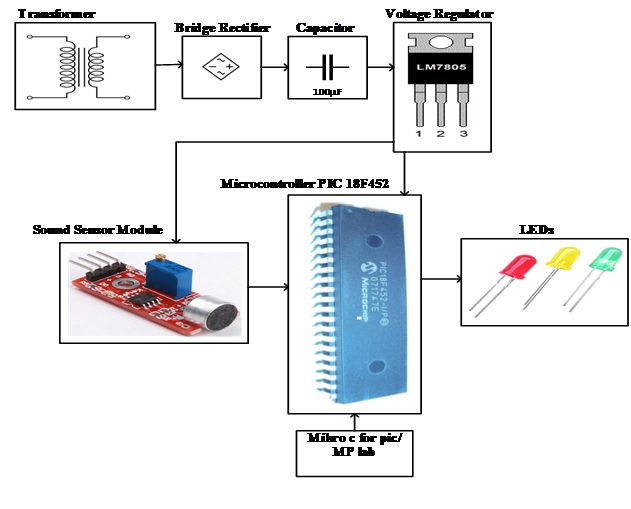 Similarly, the microcontroller output is connected to led. When any sound which is produced by speaking or clapping of any body or fiction or motion of anything then this sound is sensed by the sound driver module then gives the logic high signal to microcontroller then microcontroller gives the logic high signal to LED after some processing then the LED is turned on. Similarly, the LED could be turned off after some time. Beside the LED light the user can connect the other things such as power light or motor etc. This device could be powered up with the help of any dc power bank or the user can easily make our own dc power bank with the help of transformer, bridge rectifier and voltage regulator which is shown in block diagram. If the user made his own dc power bank, then this device could be easily directly coupled to 220V ac power supply.

Interfacing circuit diagram is shown below.