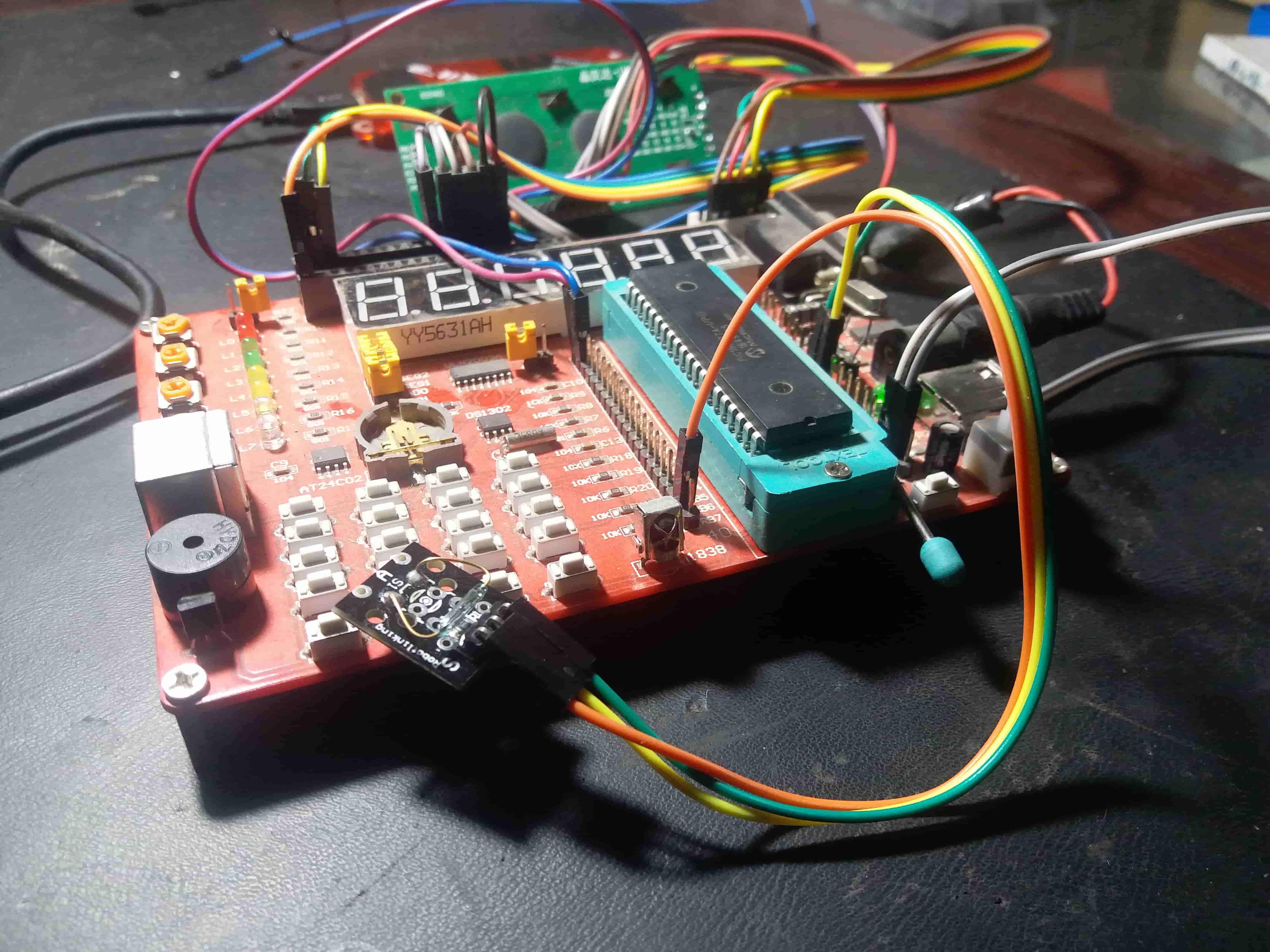 Reed switch is basically electronics device which consists of read contacts. It was first time used by a scientist Bell.  Reed switch consists of two electrical contacts which are normally open. These electronics electrodes are made of copper or other electrically conductive materials. Normally these contacts are open. When we bring a magnet close to reed switch, these contact becomes close. So normally it will act like a open circuit and when it is place inside a magnetic filed it will act like close circuit by making contacts short with each other.  The picture of reed switch is shown below. 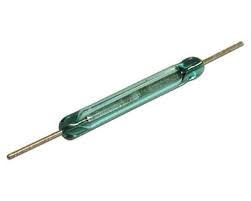 we can not use reed switch alone. Because we need to detect this open and close circuit state of reed switch.  So we have use a reed switch module. 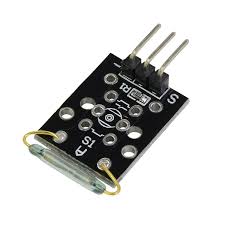 Reed switch module has three pins as explained below:

How to use reed switch for magnetic field detection

Circuit diagram for reed switch interfacing with pic microcontroller is shown below. Output of reed switch is connected with pin number 6 of PORTB which is configured as digital input pin in code. Buzzer is connect with pin number 1 of PORTE. Buzzer will start giving a sound, whenever reed sensor detects the magnetic field. 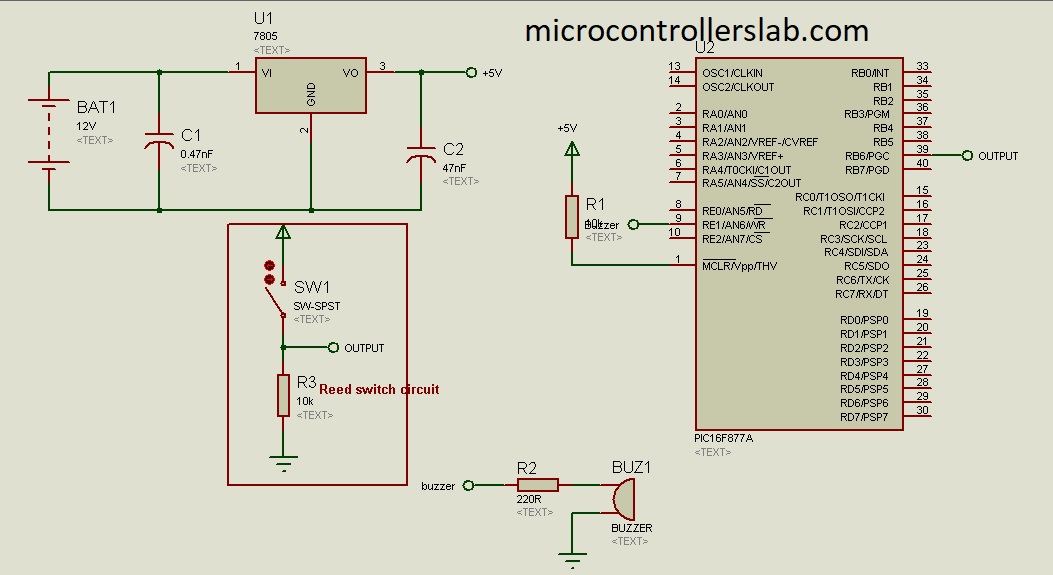