What is Active and Passive Buzzer?

Buzzers are mainly divided into two types first one is active buzzers and the second one is passive buzzers. In an active buzzer, additional circuitry is added to make the use it easier, but it only produces a single type of sound or tone. It required a dc power source for generating the sound or beep. Similarly, passive buzzer can generate different sounds or beep. It depends upon the frequency which is provided to this passive buzzer. For generating any type of sound, the desired frequency signal is provided to its oscillating circuit then it generates the desired frequency sound or beep.

It required an ac power source for generating the sound or beep. For identifying it is active or passive then this could check after supplying ac and dc voltages across the buzzer. Now the buzzers are available that could use as an active and passive buzzer just changing the command which is given to this through any type of controller. Such buzzers are called active standard passive buzzers. These are easily available in the market or online shop. A simple active standard passive buzzer is shown is figure1 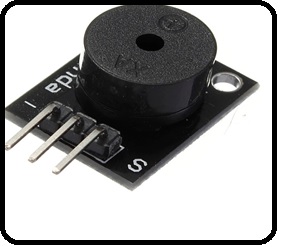 How to Interface Active and Passive Buzzer with PIC16f877a Microcontroller

Circuit diagram for buzzer module interfacing with pic16f877a microcontroller is shown below. 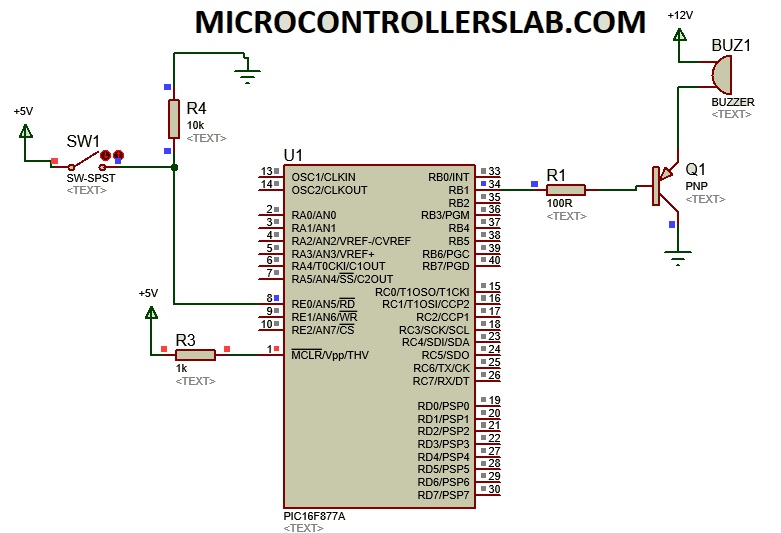 As we have discussed in the above paragraph, signal voltages are required to turn on or off the buzzer in an active and passive configuration. These signals voltages are given with the help of any controller such as Arduino or pic microcontroller. Here we shell give these voltages with the help of pic microcontroller. It is programmed in c language with the help Mikro/c software and powered up with 5 volts dc. To run this active standard passive buzzer in an active and passive configuration programming code is necessary for this. Each configuration has separate programming code to run the buzzer. This programming code is set only by the professional programmer. Pic microcontroller consists of four input-output ports and buzzer could be connected with any pin of any port, but that port is configured as an output port in programming code. Similarly, for gaining high beep or sound from this active standard passive buzzer a PNP or NPN transistor is added with the circuit as shown below: 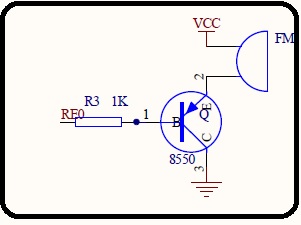 For a complete demonstration, check the video:

Other sensors interfacing with pic microcontroller:

1 thought on “Active and Passive Buzzer interfacing with pic microcontroller”