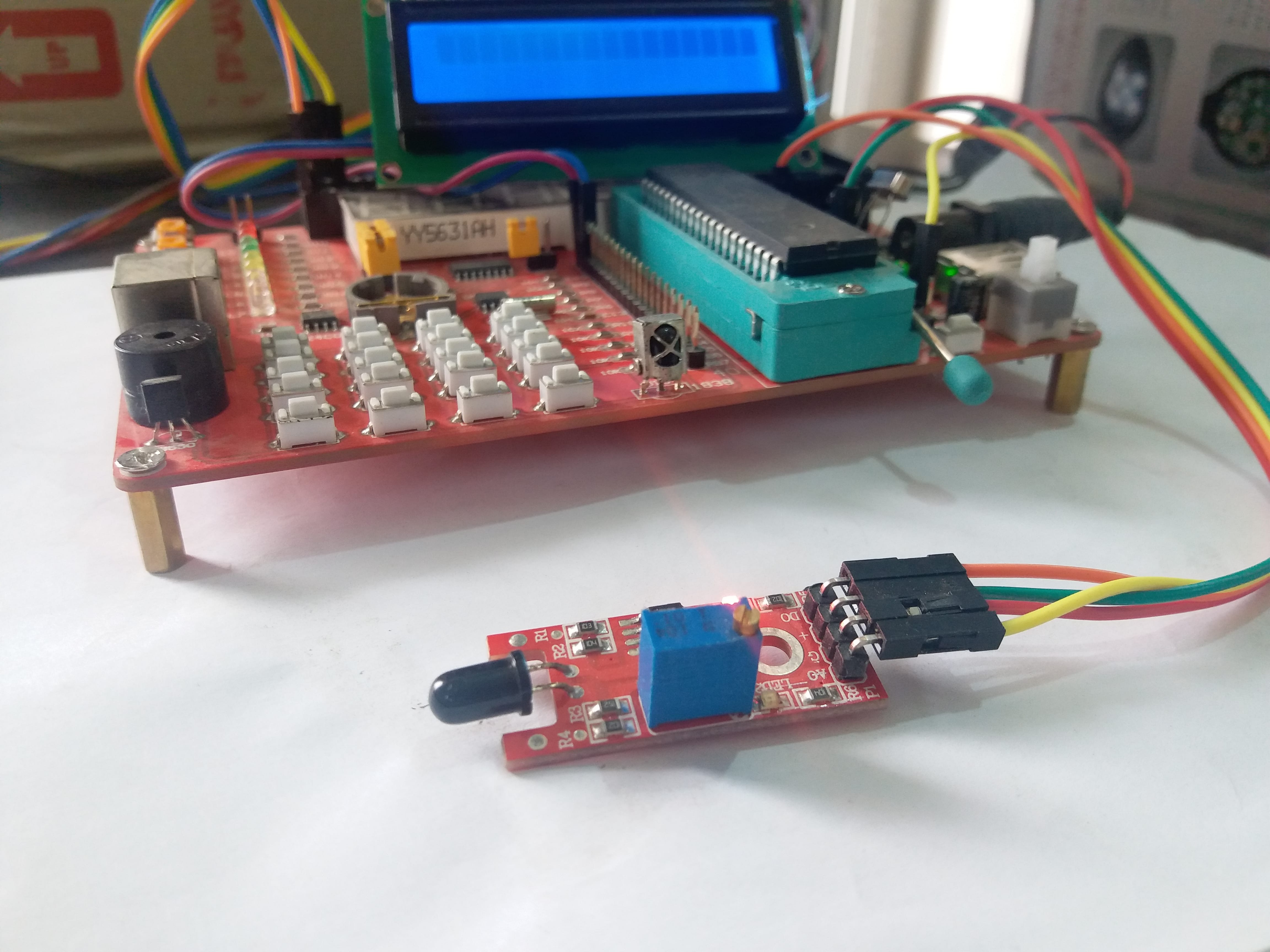 There are many types of flame sensors available in market but I am using IR infrared flame sensor module in this tutorial. Picture of this flame sensor is shown below. As you can see in picture, the main component of this sensor is IR receiver that is photo diode.  This photo diode is used to detect flame and fire. You must be thinking, how an IR receiver can detect a fire or flame. I must have gone crazy. No I am not crazy. Let me tell you how its works. Whenever, flame emits or fire burn in surrounding, it emits small amount of infrared lights, these infrared light are used to detect flame or fire by this IR based flame sensor. 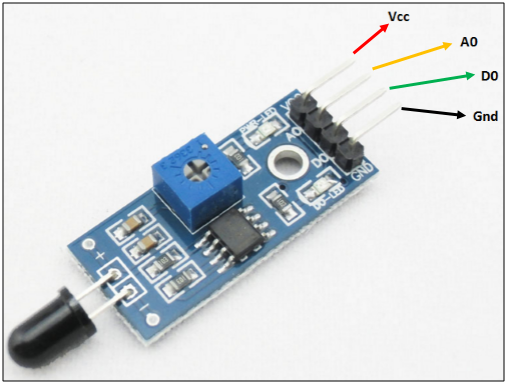 Flame senor IR receiver collects these IR ways waves emits due to fire burning. This IR receiver is connected with operation amplifier which provides the output in the form of voltage at the output of this sensor. We will simply connect this output with pic16f877a microcontroller and process this information to turn on alarm or buzzer which we will connect with pic microcontroller as a output. So whenever fire or flame is detected around flame sensor. Output pins goes high and you will notice 5 volt at the output pin D0 of sensor and when no fire is detected output pin D0 will give logic low or zero volt.

As shown in above diagram.  It have four pins. Functionality of each pin is given below: 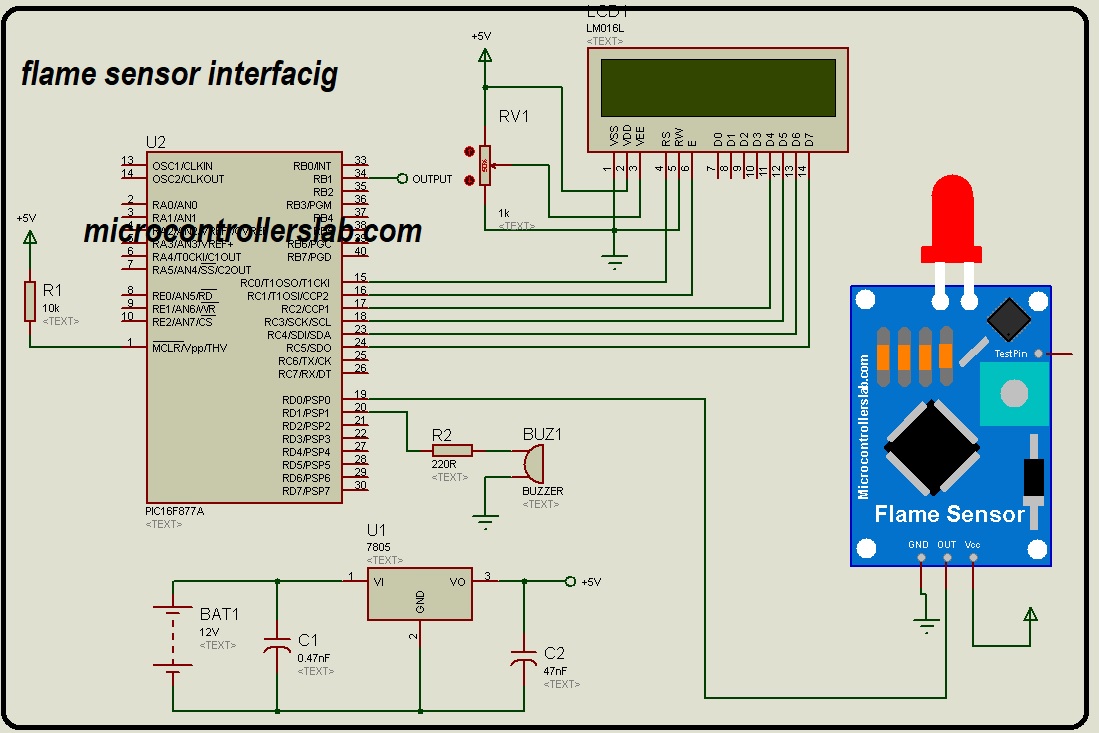 Code for this project is written using Mikro c for pic compiler.  To write code for this project, we need to use one pin of pic16f877a as a digital input pin and one pin as a digital output pin. Because PIC16F877A microcontroller captures the output of flame sensor as a input and based on this input microcontroller make decision to turn on or turn off buzzer which is used as output device.