Different types of Arduino board have different numbers of interrupts pins e.g. Arduino UNO have two interrupt ports and Arduino Mega2560 have six interrupt ports named as INT1,INT0. On the software side create sleep mode for Arduino and use a timer base interrupts which would internally be essentially triggering awakening function and not relay on any external hardware.

What is a interrupt service routine?

Generally ISR will use that something called a volatile variable which can still be used between other pieces of code also ISR should be short and fast as possible. Interrupts execute immediately if stop everything than program will currently doing in order to jump into the interrupts function and execute the code. Further more the interrupts will returns to the same point within the software where had perversely left off. 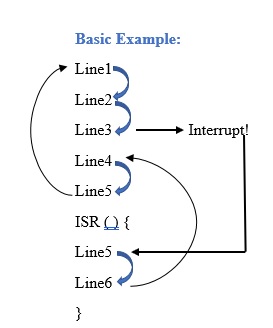 Above is the example of execution so line by line the code is execute until interrupt is called on Line3 then the function jumps down to the ISR and started executing the line5 and line 6 than after executing the lines within the ISR it jumps back to line4 and finishing the execution as routine. If it is in loop than go back to line1.

How interrupts are been triggered?

The syntax which are going to be attach interrupt and specify the pin e.g. pin number 2 than ISR is the function which is going to be call and mode tells that whenever the interrupts is been triggered.

How to use Arduino interrupts?

Example code of how to use Arduino interrupts 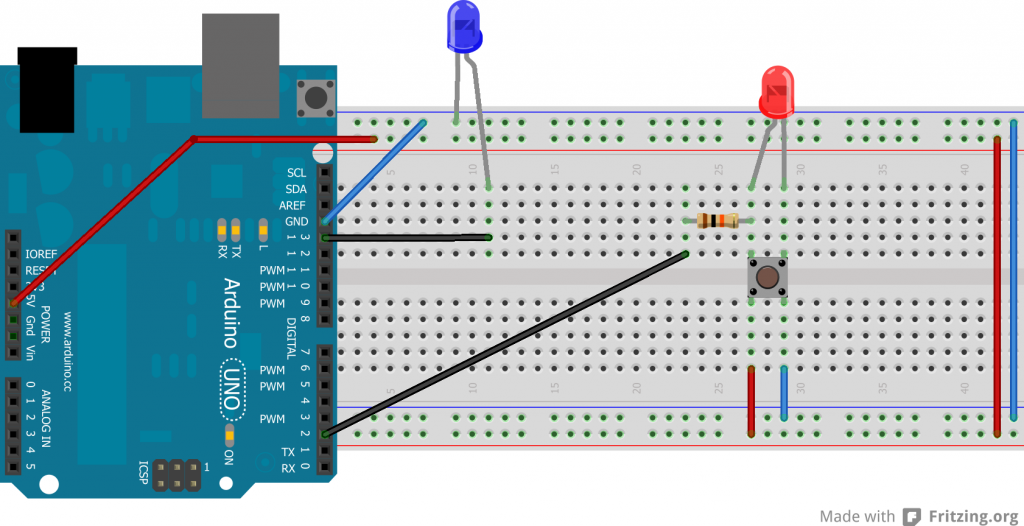 Below the example code of LED blinking in which the interrupt function is used to understand more clearly.

Led is attach on the board of input pin 13.

A push button is attached on the interrupt pin 2.

The state set to be at low

led set on the digital pin 13.When the interrupt call then level triggered and change is position than Led will glow up. Glow is the function of interrupt service routing.

This line changes the state of LED whenever the button is pushed or the interrupts called.

Complete code is given below:

LED is attached to digital pin 13 in Arduino board

Variable to be updated by the interrupt

Jump to the increment function on falling edge

It turn on the serial communication

It required interrupts to works but when the delay is inside the ISR function so it not able to works.

When the code is start execution and the variable y is incremented then the LED is turned on and after that the program return back to the main loop wherever it was break when the interrupt comes.

7 thoughts on “How to use Arduino interrupts explained with examples”