HC-05 Bluetooth module Interfacing with Arduino Bluetooth is a way of communication which makes the world wonder about it. Bluetooth is now provided in everything which is designed for some type of communication. It is available from smartphones to self-driving vehicles systems. It has interesting history and working system, which proves how versatile it is. It is managed by the Bluetooth Special Interest Group, which set the standards, advance the Bluetooth capabilities. 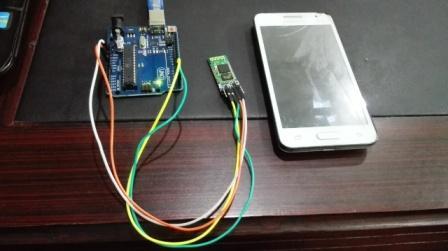 Bluetooth was invented by a telecom specialist Ericsson in1994. It is an alternate of the RS-232 cables. It created above mentioned body which is supported by Intel and takes care of development and licensing. Any company who want to use the standards or market products with the technology is required to become the member of above committee. The Promoter members are:

How the name Bluetooth came to being? Ericsson, the company that started Bluetooth is from Sweden, which is part of the Scandinavian region, a historical and cultural-linguistic part of Europe. The name comes from an epithet of a tenth-century King of Denmark and Norway named Harald “Bluetooth” Gormsson. In the local language, he was called Blåtand or Blåtann, which translated in English, became ‘Bluetooth’. He was known for uniting the Vikings in ages past, from which the idea of the communication standard came, something that was a single unifying standard for mobile technologies. The logo, in fact, is a combination of two Nordic runes called ‘Hagall’ and ‘Bjarkan’, which were the initials of King Harald “Bluetooth” Gormsson.

How Does Bluetooth Work?

Bluetooth operates in the standard Industrial, Scientific and Medical (ISM) short range frequency band of 2.4 GHz. Specifically, it operated in the 2400–2483.5 MHz frequency band, which includes guard bands as well. It uses something called Frequency Hopping Spread Spectrum (FHSS), which is basically a multiple access method in which data packets are divided based on frequency over 79 designated Bluetooth channels. Each channel has a bandwidth of 1 MHz. The newer Bluetooth 4.0 standard, however, uses 2 MHz steps and thus has 40 designated channels. It uses a variation of FHSS called Adaptive Frequency-hopping spread spectrum (AFH), which theoretically skips channels with interference and results in better communication. 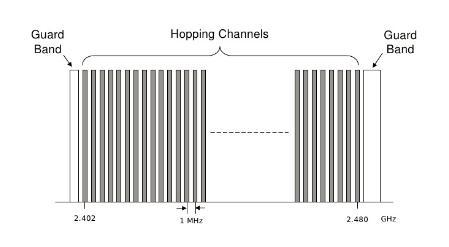 Bluetooth is essentially a protocol with a master-slave architecture, which means that one master device can communicate with up to 7 devices. This was and is a huge advantage to earlier wired communication protocols which could work only with a 1 to 1 configuration. Essentially creating a new standard called Personal Area Networks (PANs), Bluetooth brought about far more effective ad-hoc networks and allows communication without traditional host based networking. 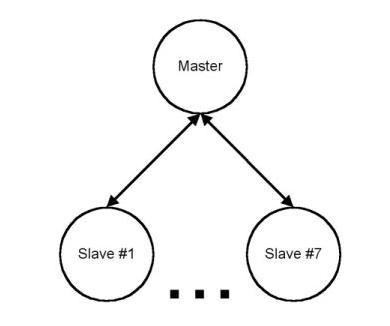 There are 6 pins available at the output of module. Facing back side, from left to right these are as follows: 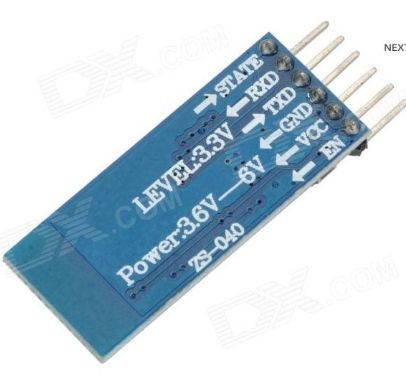 Connect the circuit as follows: